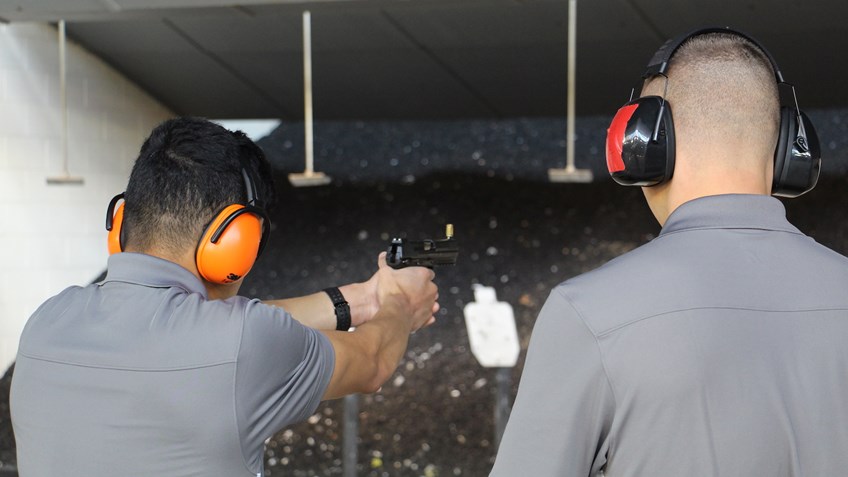 A team of NRA Certified Instructors spent an entire Sunday in the scenic hills of southwestern Virginia April 9, running cadets from the Virginia Military Institute in Lexington through an intensive shooting clinic to prepare them for an upcoming competitive shooting match in late April.

The cadets are part of VMI’s Combat Shooting Team, a squad of 17 student-athletes that train and compete in practical shooting sports, including 3-Gun and IDPA matches. With the 2017 Military College Combat Shooting Championship on the horizon in late April, the team needed to find a way to fit training time into their tightly regimented schedules to help prepare them for the challenge that lies ahead. 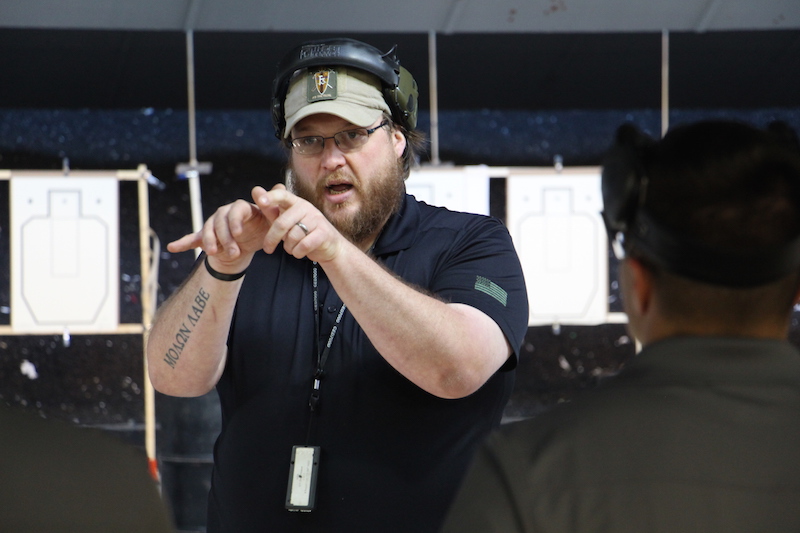 Throughout the day, the 16 “Keydets” on the CST covered everything from basics of firearm safety, reloading drills, and firearm manipulation to shoot-and-move drills, rifle and pistol marksmanship, and practice runs through courses of fire they should expect to encounter in competition. The forthcoming MCCSC represents the first competitive match for several of the CST shooters, and Green Ops trainers explained the fundamentals of 3-Gun and IDPA match rules and scoring to set the stage for what to expect in late April. 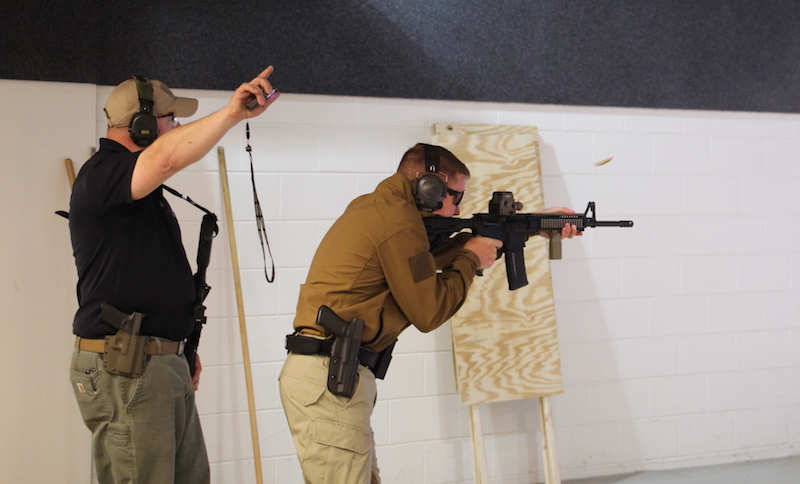 The cadets did more than simply watch and execute maneuvers. The Green Ops staff, comprised of experienced military and law enforcement veterans and champion competitive shooters, imparted the significance of mental readiness, and explained the overlaps and distinctions between shooting in competition and fighting in combat.

The training, while geared primarily toward helping the team be competitive in the sport, also provided next-level firearms tactics and training that the cadets, most of who will accept commissions as officers in the U.S. Army and U.S. Marine Corps upon graduation, will be able to apply in their careers. 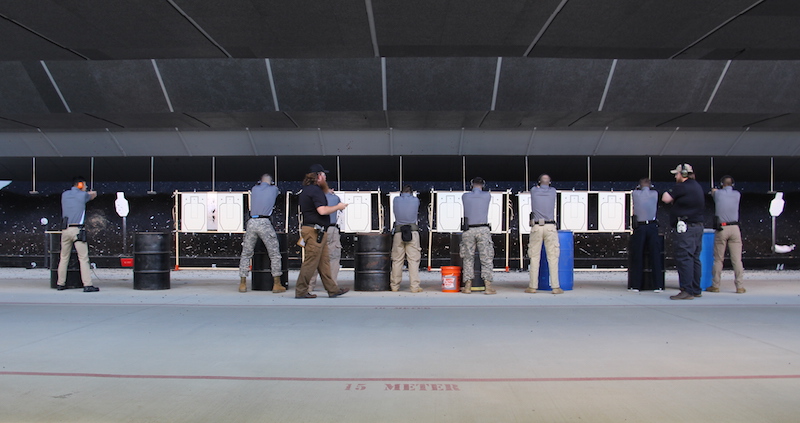 “Sometimes initial training is designed for the participant to meet a minimum standard -- we understand that. Green Ops does not believe in a minimum standard; we know that perfection cannot be attained, but we believe it should be pursued,” said Green Ops Lead Instructor Brett Harnish. “When people chase perfection, they have a good chance to catch excellence. A high skill level will serve both the competitor, the warfighter and the defensive practitioner well.”

Retired U.S. Army Col. Gary Levinson, VMI’s Deputy Commandant of Cadets, is the CST coach, and has helped grow the team by bringing in support from the shooting sports community. He said the cadets’ skills have grown as the team has, and that the training provided by Green Ops is an invaluable asset in taking those skills to the next level. 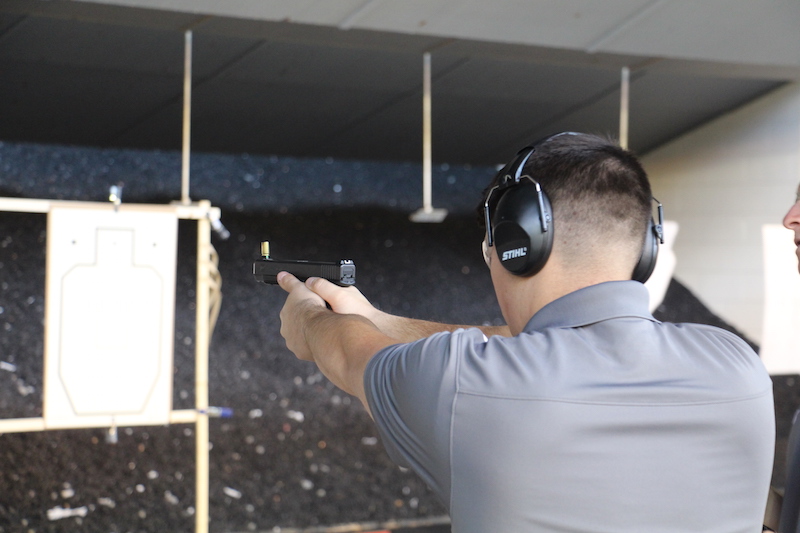 “The cadets have a very, very busy schedule… there is only about three to four hours each week we can fit in practice,” Levinson said. “We made the connections with Green Ops to come in and do this because we want to develop these shooters. I only wish we had done this earlier.”

Last year represented the young team’s first trip to the MCCSC at Fort Benning, pitted against teams from the U.S. military service academies and schools with cadet corps who field combat shooting teams. While watching the stellar performance of the cadets from Texas A&M University Corps of Cadets Marksmanship Unit – who won the championship in each of the past two years – VMI senior Lukas Snear, a leader on the VMI CST, said the group “took notes,” and knew they had to invest and improve to win. 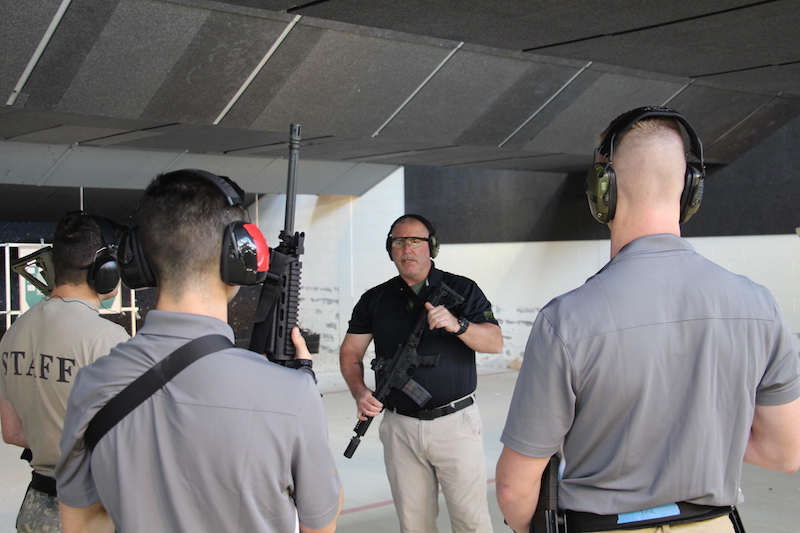 Beyond the MCCSC, Levinson said the remote location of VMI makes it difficult to find matches to participate in, but that the team will continue to train and develop skills, entering public 3-Gun and IDPA matches as opportunities become available.

For now, the Keydets will absorb the lessons from a rigorous day of training with some of the nation’s premier firearms instructors, walking away with tactics and wisdom designed to help them succeed on the course -- and perhaps survive in the fight. 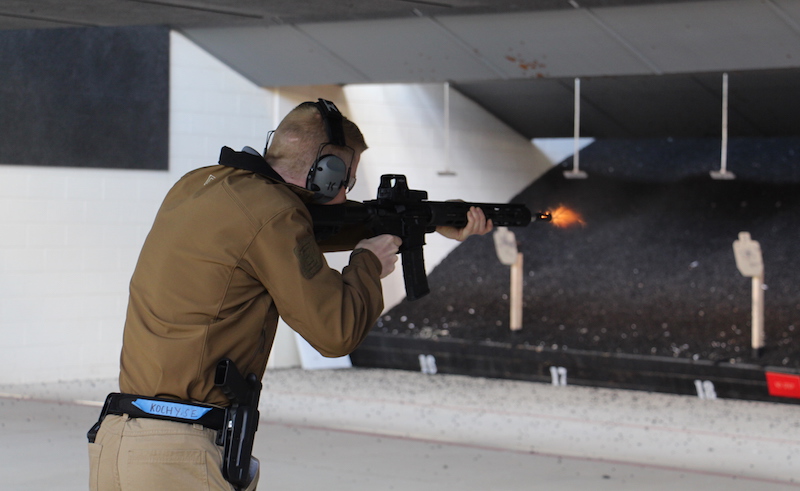 To learn more about or find NRA Training courses near you, including everything from basic familiarization and safety courses to advanced marksmanship and defensive training using rifles, visit the NRA Instructors Portal.