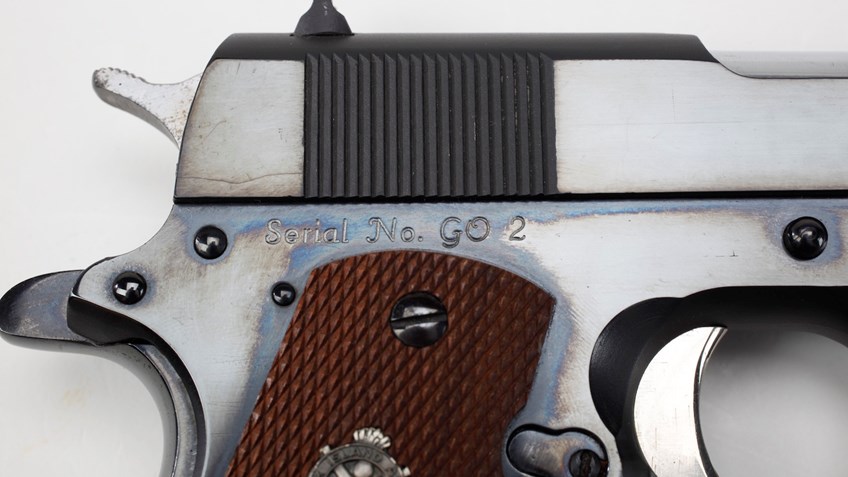 Museums sometimes fall heir to collections that might otherwise be dispersed to the highest bidders, and museum holdings offer the best opportunity to see exactly how certain collectors went about bringing together material under a specific theme. 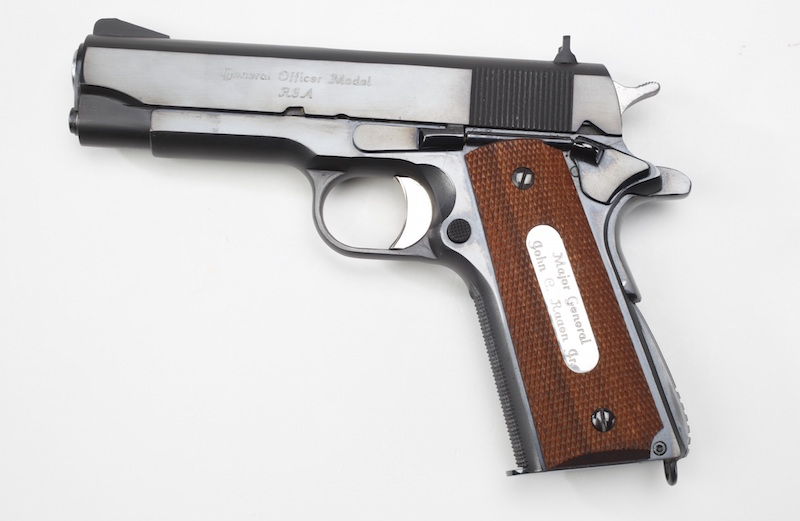 In the late 1960s, the dwindling supply of these two Colts, particularly in regard to spare parts for those already issued, made it an attractive point in time to consider something different. Rock Island Arsenal took the lead with considering a slightly different version of the Model 1911 pattern pistol. After all, there were considerable quantities of the handgun that Americans had carried through two world wars well represented in arsenal inventories and the design was still being widely utilized by all of the armed services.

What was preferred about the earlier General Officer Pistols centered on size. A compact pocket pistol, lightweight and easily carried, seemed to be what was wanted in the new pistol, at least until surveys of officers with combat experience came into play. Stopping power, an attribute that was seen as an integral part of the 1911 pistol’s avatar, entered the discussion.

The crew at Rock Island Arsenal felt that they could blend the best features to create a potential new design, a compact .45. I reality, this modest reduction removed only about three-quarters of an inch from the slide, not that far removed from the dimensions of the commercial Colt Commander pistol. Yet, this new .45 concept had many custom features not offered by Colt in their smaller handgun model. 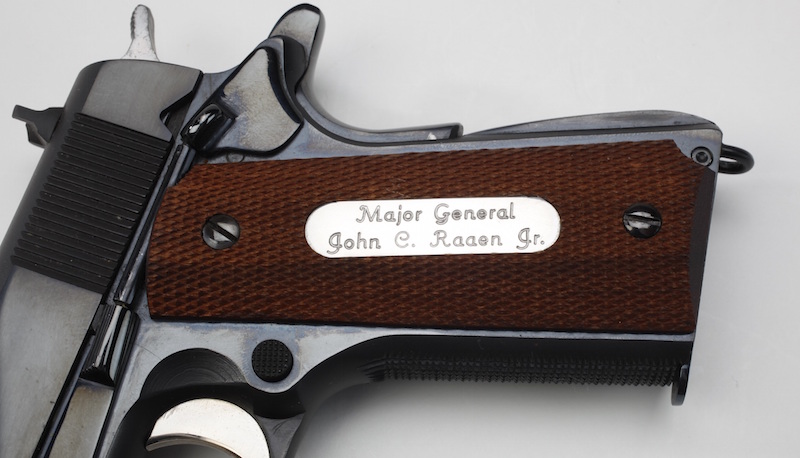 While the raw components came from M1911A1 parts held in inventory, the new design offered a grooved front grip strap and mainspring housing, and National Match touches that included an adjustable trigger and special sights. The fine polished deep blue finish and the checkered wood grip panels embellished with inset Rock Island Arsenal medallions were just icing on the cake.

As expected, selling the new design took a bit longer through the chain of command.   Two general officers, Maj. Gens. Henry Rasmussen and John Raaen were an important part of the process, with Rasmussen obtaining permission from Chief of Staff Gen. Creighton Abrams for the M15 to be placed in production. Rasmussen received M15 pistol, serial number GO 1, and Raaen, who later replaced Rasmussen in charge of the U.S. Army Weapons Command, received M15 serial number GO 2.

Approximately 1,004 M15 pistols were manufactured at Rock Island Arsenal, and were issued from 1972 through 1987. The slides on these handguns were inscribed with “General Officer Pistol.”

The officer who received the second M15 pistol was well acquainted with the original M1911A1 design, having carried one during the Normandy landing. As a second lieutenant in the Corps of Engineers, Raaen joined the 5th Ranger Battalion and landed on Omaha Beach on D-Day June 6, 1944. For his achievements that day, Raaen also earned a Silver Star. During the Vietnam War era, Raaen again carried a .45 M1911A1 pistol, this time loaded with shot and ball cartridges, and backed up by a Colt CAR-15 rifle.

Today, Raaen’s M15 numbered GO 2 is on display alongside other General Officer Pistols in the NRA National Firearms Museum in Fairfax, Virginia. To see General Raaen’s pistol and thousands of other historic, rare and significant firearms, visit the NRA Museums in person or online!