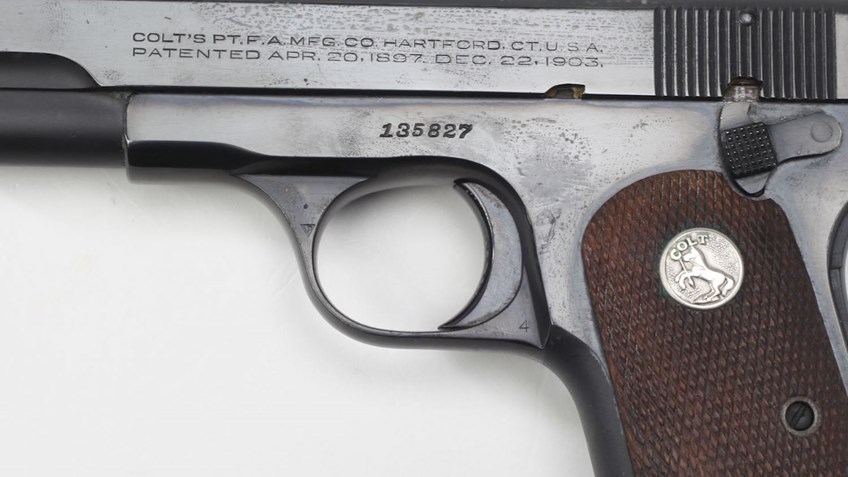 Military battles in the modern age rely on electronic communication and technology to maintain a continuous stream of commands to units in the field. But during the Second World War, technology sometimes took second place to personally delivered commands and immediate actions by American general officers.

World War II was the first conflict where general officers’ pistols, the venerable Colt semi-automatic pistols issued to American generals, were first made available. Unlike the majority of issued arms, generals could purchase these handguns upon retirement. One of these pistols provides an interesting insight into part of one military officer’s career.

Ridgely Gaither was born in Baltimore, Maryland in 1903, and attended St. John’s College in nearby Annapolis. Receiving a commission as second lieutenant, Gaither was assigned to the 11th Infantry at Fort Benjamin Harrison, Indiana, then to the 7th Infantry at Chilkoot Barracks, Alaska. As a captain in the 15th Infantry, Gaither was serving in Tientsin, China when the Sino-Japanese War broke out in July of 1937, and he returned to the U.S. to attend General Staff School at Fort Leavenworth, Kansas. 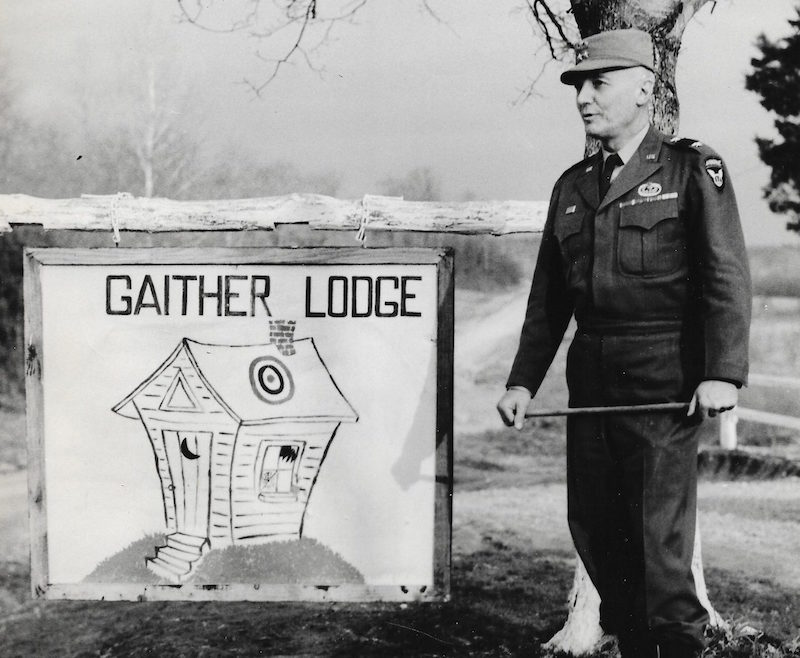 In March of 1942, Gaither, then a colonel, was assigned as chief of the Special Training Division of the Ground (G-3) and helped establish and refine airborne forces within the U.S Army. In 1943 while at Fort Benning, Georgia, he was the commandant of the Parachute School, and was promoted to brigadier general.

It was then that Gaither received his Colt Model 1908 pistol, which he carried for the next two years without incident. But in March of 1945, as part of the First Allied Airborne Army in Europe, Gaither took part in Operation Varsity. When the 17th Airborne Division parachuted along the Rhine River, Gaither was right there alongside his troopers. 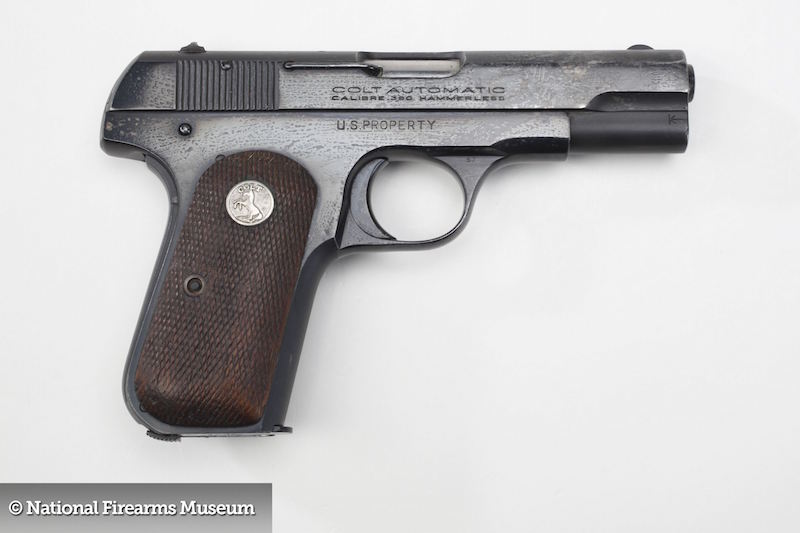 In a fierce firefight against German paratroopers manning 20mm guns -- whose anti-aircraft emplacement he had almost landed directly atop -- Gaither and his men were able to suppress the enemy. Gaither himself later noted, ”I parachuted across the Rhine armed only with a G.I. Colt .45 and my general officer pistol caliber .380… and I used both.”

Gaither also commented that the conflict might have been shorter if he hadn’t shot down the white surrender flag raised by his opponents, not recognizing it due to its dirty state. While .45 ACP ammunition would have been in good supply, one has to wonder just how many .380 cartridges were available for Gaither’s use as the battle waxed and waned there next to the Rhine.

This battle wasn’t the only time his Colt was carried into harm’s way. Gaither later served as commanding general of the 40th Division during the Korean War, where he once again carried his .380 during action in the Punchbowl sector. Gaither retired from the Army as a lieutenant general. 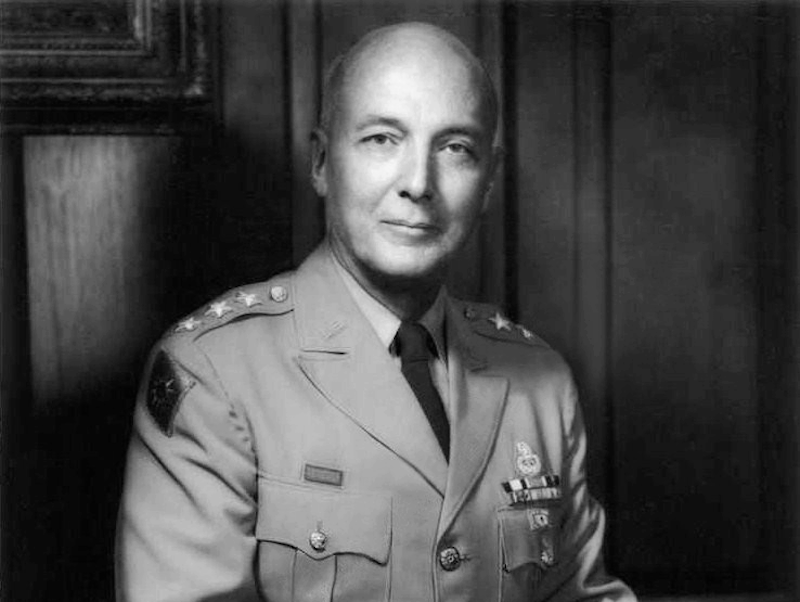 When Gaither’s Colt Model 1908 General Officers Pistol and some others were received as a donation to the NRA National Firearms Museum by Horace Greeley IV in 1994, the proud donor observed that the vast majority of General Officers Pistols never saw active combat, with most spending more time in “bureau drawers than in holsters.” Greeley spent years acquiring these pistols from former owners and wrote an extensive book on the subject, The Colt U.S. General Officers’ Pistol, printed by Andrew Mowbray Publications.

Today, Lt. Gen. Ridgely Gaither’s Colt .380 pistol is on display in the museum in Fairfax, Virginia, in a special exhibit that illustrates sidearms carried by other military leaders, including Gens. Douglas MacArthur and Dwight David Eisenhower. Visit these and thousands more historic, unique and significant firearms in the NRA Museums galleries in person or online!