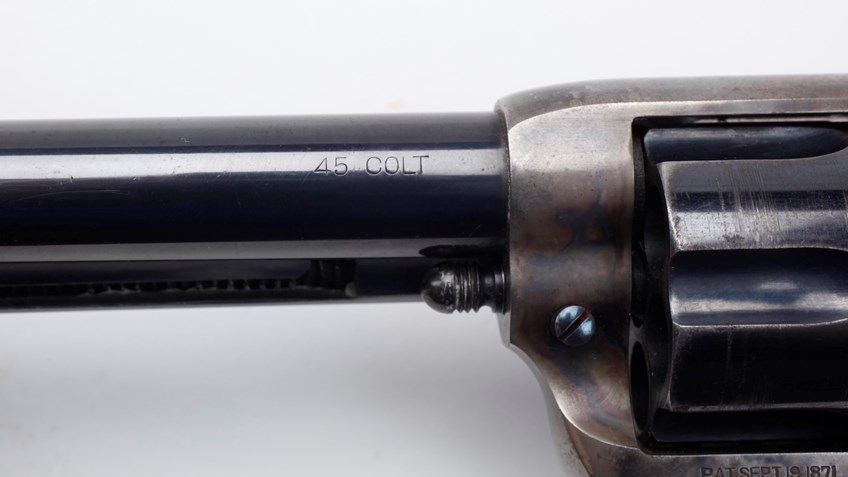 Great guns in the NRA National Firearms Museum are usually accompanied by great stories, and this one even involves buried treasure. Get ready to look for lost mines and hunt for hidden gold with the man that created Perry Mason!

For someone that was born in the eastern U.S. -- Malden, Massachusetts -- Erle Stanley Gardner spent most of his life in the West. While enrolled at Valparaiso University School of Law, Gardner became interested in boxing, and his studies suffered. Leaving formal studies, he went to California and started his own educational endeavors. 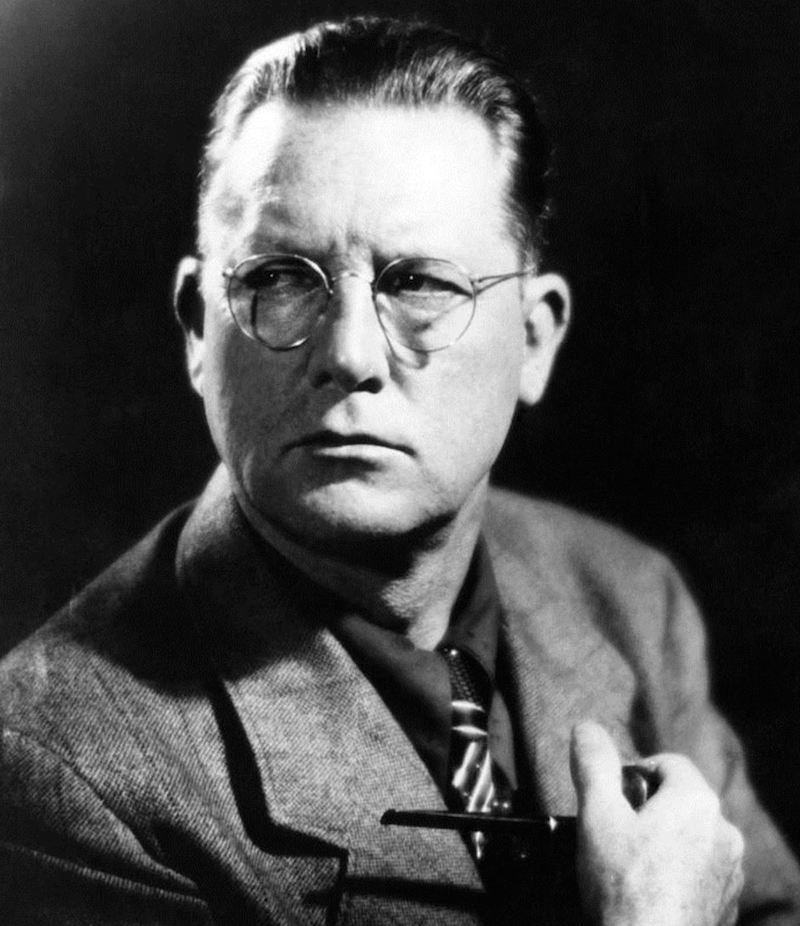 This must have paid off, as he was able to pass the California state bar examination in 1911, just two years after leaving Valparaiso. Having become a lawyer, the 22-year-old Gardner found out that the legal life was exceedingly boring for him, except for the actual drama of litigation and trials. While he remained affiliated with a legal firm until 1933, Gardner had another trick up his sleeve.

Writing was something that Gardner had always found pleasurable and profitable, crafting stories for pulp magazines in his spare time. Perhaps taking inspiration from real life, he created several characters, ranging from gentleman crooks, hard-boiled detectives, and shady lawyers. It may have been at this point in his life that Gardner decided to buy one of the most significant handguns in his life, a Colt Single Action Army revolver.

Gardner’s SAA was chambered for the traditional .45 Colt cartridge and had the longer 7.5-inch barrel that was issued with the first Colt military cartridge six-guns ordered by the U.S. Army in 1873. But for the grips, Gardner wanted something different, and opted to special order ivory two-piece grip panels. Naturally, Gardner had a custom holster fitted to this Colt revolver, a black hand-tooled leather belt rig with white latigo border lacing that even featured a small horseshoe as a belt buckle. With this ensemble, he was ready to embark on any number of adventures. 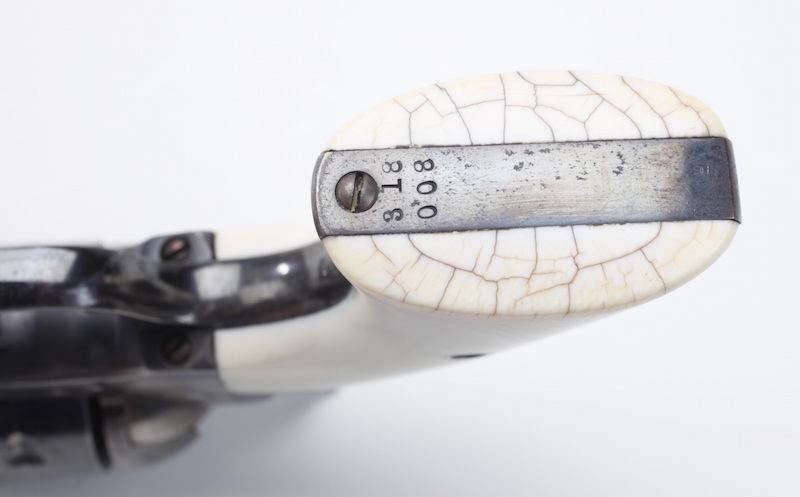 However, he needed to fund his penchant for treasure hunting, and began to write even more. He noted once that at his rate of three cents per word, he would have to be verbose, and if a character in one of his stories needed to be shot with a revolver he’d manage to use up all his ammunition in doing so, usually dispatching the villain on the last shot.

In 1937, Gardner moved to Temecula, California, and began the 80-book series that would make him famous -- the deeds of the trial lawyer, Perry Mason. While this occupied much of his time, he still kept up a regular stream of submissions to the pulp magazines and found enough free time to regularly contribute to radio programs. Radio, and later television, captivated Gardner, and he became involved in transforming Perry Mason from a two-dimensional literary character into a walking, talking courtroom icon. From short radio programs to a long-running TV series, the name Perry Mason became very well known. When Gardner refused to allow CBS to create a soap opera featuring his Perry Mason character, the network produced “The Edge of Night,” boasting a nearly identical character to provide similar drama in and out of a courtroom setting. 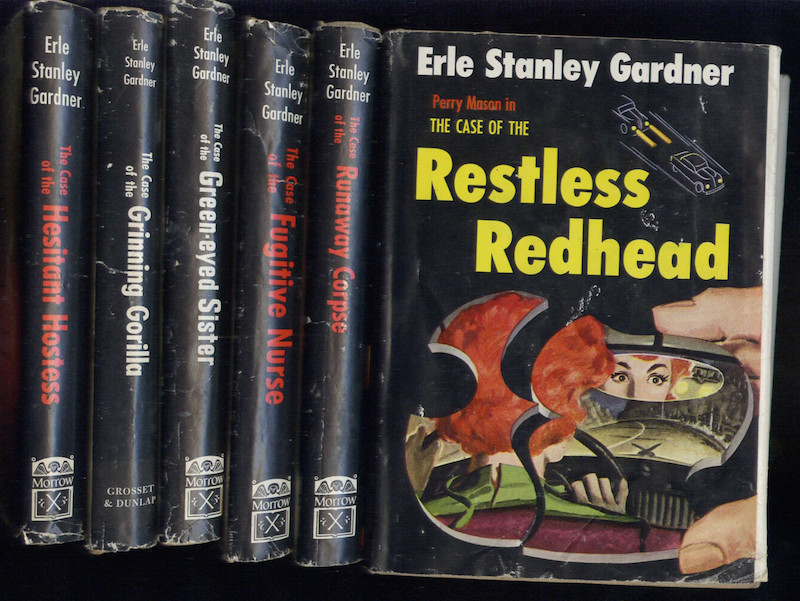 With his finances secured, Gardner could afford to indulge himself. Traveling extensively across the West in search of lost mines, he explored legendary sites in search of the “Lost Dutchman Mine,” and reportedly found the Lost Dutch Oven, a cooking container that was reported in stories as having been filled with gold.

On most of his exploits, Gardner remained silent about his successes, commenting that since the U.S. had banned private individuals holding gold in 1933, he could now find only silver. One of his books, 1965’s Hunting For Lost Gold By Helicopter, delved into his quest for history, as well as treasure, in Arizona. Baja California was another region widely covered by Gardner over the years, and no doubt his Colt revolver was a constant companion on these trips, riding in jeeps or on saddleback. 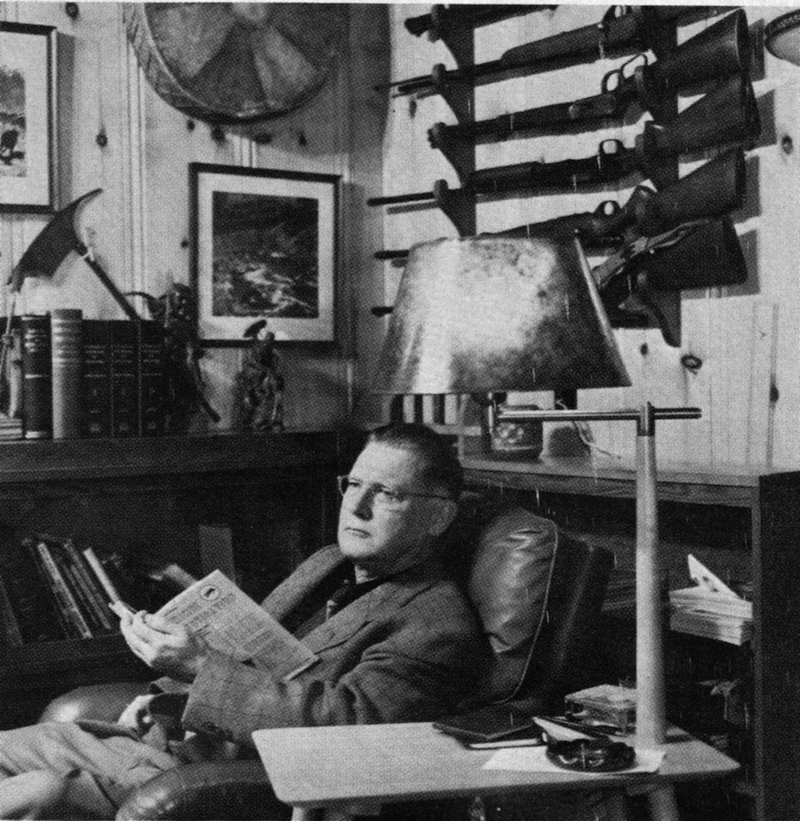 (Photo courtesy/University of Texas at Austin)

Well-worn, but with its blue and color-case-hardened finish still in good condition, this .45 Colt Single Action Army revolver and its holster can be seen today in the galleries of the NRA National Firearms Museum in Fairfax, Virginia. To see Gardner’s Colt SAA and thousands of other historic, rare and significant firearms, visit the NRA Museums in person or online!