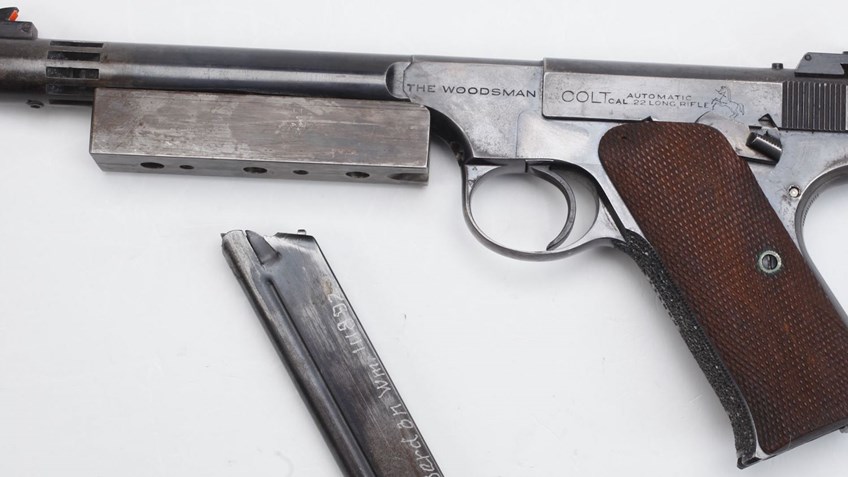 One of the stranger pistols in the NRA National Firearms Museum, the Colt Woodsman semi-automatic pistol, also has perhaps the shortest rifling in its barrel compared to pieces in the rest of the museum collection. This rimfire handgun has a rifled section in the barrel that is only one inch in length.  More interesting, however, is the story of how this pistol came to be.

A.E. Berdon was a gunsmith, originally based in Yellow Springs, Ohio, who later moved to Lakeland, Florida. Originally an inventor, Berdon received his degree in electrical engineering from Purdue University in 1907, and went on to he patent many electrical devices for automobiles.

Nearly 30 years later, he retired and decided to turn his efforts toward handgun design and technology. Working with 1911-pattern pistols and short-action Smith & Wesson revolvers, he quickly acquired a reputation as one of the finest American pistolsmiths, building a years-long waiting list for his target modifications. Of his scores of renowned modifications, Berdon performed one unique method on only three Colt Woodsman pistols. 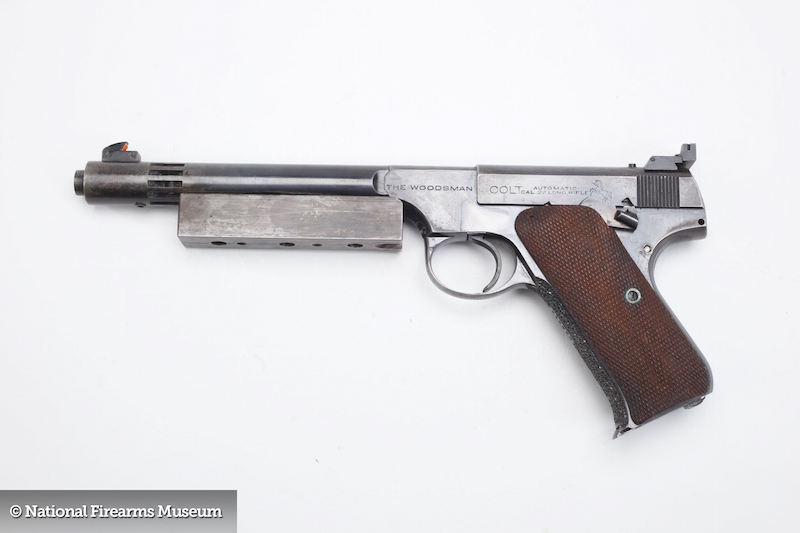 Berdon reasoned that the best possible accuracy could be achieved if a pistol bullet was fired into a long chamber or smoothbore barrel that allowed the projectile to “slug out” to the barrel diameter. Then, after passing through a compensator with radial ports all around the barrel to mitigate muzzle jump, the projectile would reach a very short rifled section of the barrel, just long enough to impart stabilizing rotation before the bullet left the muzzle.

Whether the compensator should be located near the muzzle end of the barrel or closer towards the breech was a question that was answered by building two pistols, one with each compensator configuration. It turned out that while the muzzle end pistol was considerably more accurate, a good amount of debris expelled through the compensator impacted on the front sight. 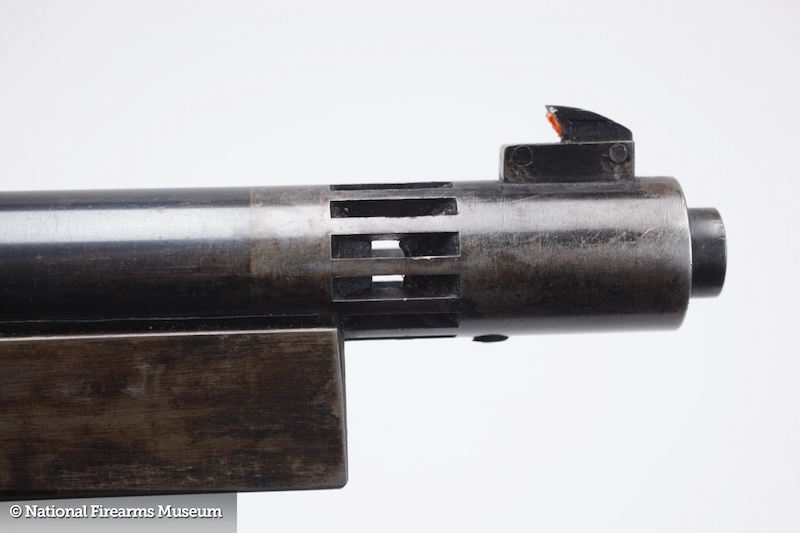 Berdon decided to build a second pistol with the compensator a bit more behind the front sight. He wanted to get the design tested “hands-on” by a shooter, and reached out to U.S. Marine Corps officer Capt. Thurman E. Barrier, to propose a test of his first Woodsman. 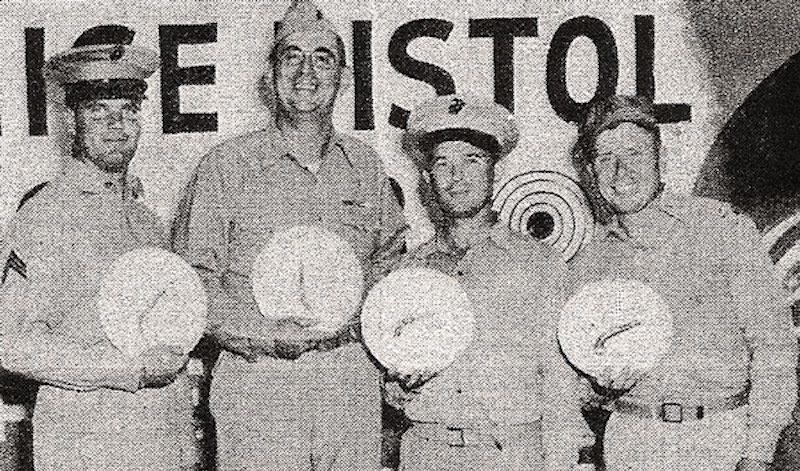 Barrier (second from left) with fellow Marines at the Southeastern Regional Pistol Championships in Jacksonville, Florida, in 1951. (Photo courtesy/WWMcMillan.info)

In 1949, Berdon lent Barrier his improved Colt Woodsman pistol, fitted with a heavy barrel weight for better balance. The pistol was exactly what the captain needed to take the 1949 .22-caliber aggregate championship at the National Matches. It appears this pistol was also fielded in 1951 by then-Major Barrier as a member of the 1951 USMC Pistol Team, and may also have been fired at the first National Rifle and Pistol Championships at Camp Matthews, California.

By the time Barrier was supposed to return the pistol to Berdon, the gunsmith was deep in other work, creating .38 Special Colt Government Models from .38 Super candidates. The Woodsman project never was revisited, and Berdon passed along many of his personal firearms to a friend in North Carolina. His friend’s estate donated the pistols to the NRA National Firearms Museum in 1993. 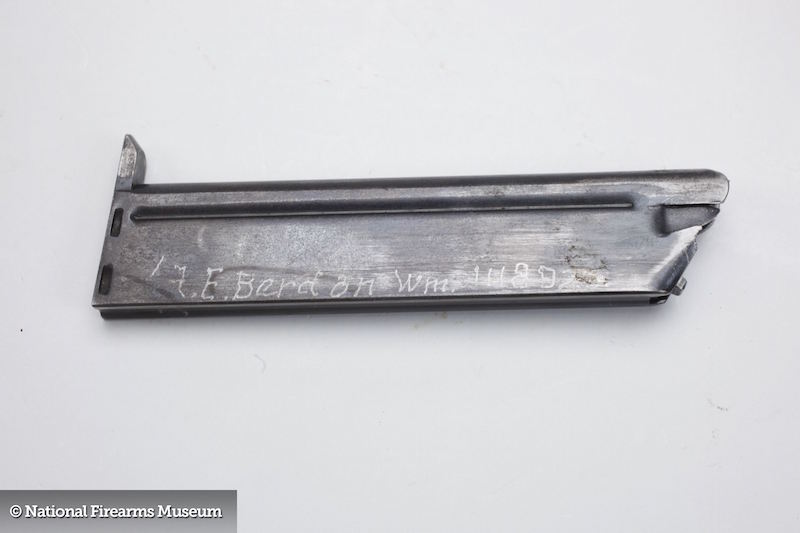 Tucked in with these donated pistols were Berdon’s original notations on accurizing features, sight and spring adjustments, and much more. The collection of Berdon pistols, including the unusual Colt Woodsman lent to Thurman Barrier, are on exhibit in the museum’s competition gallery, next to guns accurized by James Clark and other noted pistolsmiths.

To see these unusual Colts and thousands of other historically significant, rare and unusual guns, visit the NRA Museums in person or online!