Finding the Right Trigger For Your AR15 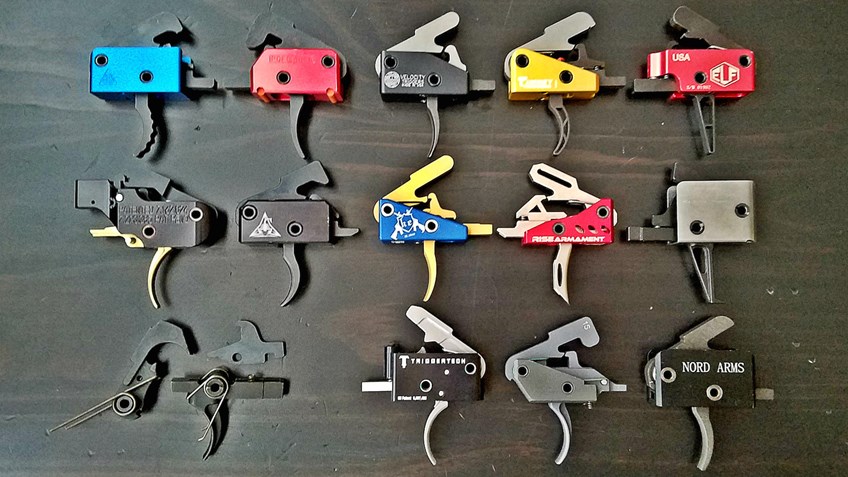 It’s well established that the AR-15 is the most popular rifle in the United States, and for a variety of reasons. One of the primary benefits of the AR is how easy it is to upgrade and customize the rifle, building a system tailored to an owner’s needs and preferences.

However, one of the best and easy-to-perform AR upgrades is the fire control group, more commonly known as the trigger or trigger assembly. The trigger is the mechanism used to release the hammer to strike the firing pin, which discharges the firearm. Beside the user’s shooting fundamentals and skill, yields significant impacts on accuracy. Whether you build your AR or buy it, an improved fire control group can make a huge difference in your shooting experience. 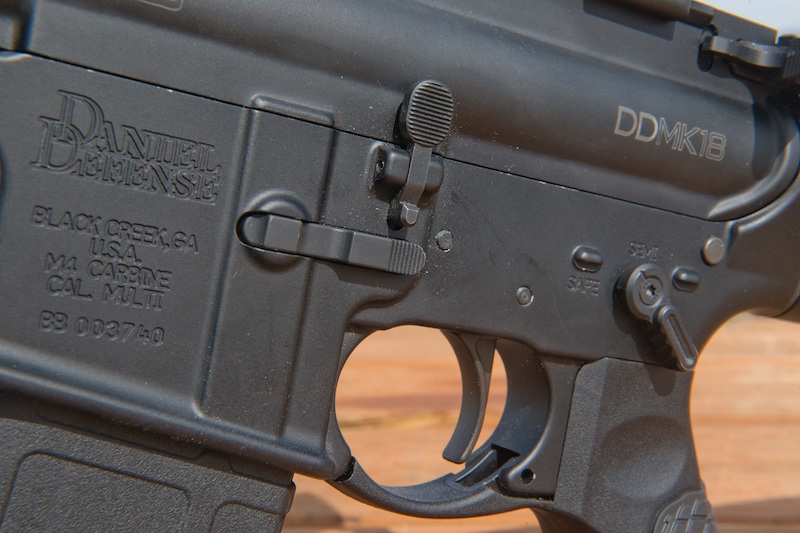 Eugene Stoner designed the AR-15 with a single-stage trigger, a simple lever offering (mostly) uniform resistance from the time the user engages the trigger bow and begins to pull to the time the trigger “breaks,” or engages the sear to actuate the hammer, firing the gun. Most ARs are equipped with single-stage triggers, with "military-specification" triggers typically offering a five to eight-pound break. While the mil-spec triggers work, they often have a gritty pull that makes it difficult to determine when the trigger will break.

These mediocre triggers can lead to or exacerbate poor shooting mechanics, which will compromise accuracy. Gunsmiths may be able to remove and polish or smooth the fire control group’s contact surfaces, but this work could shorten the life of the trigger by removing surface hardening treatments, and should only be performed by competent professionals.

Two-stage triggers have two separate movements. The first stage offers a light, spring-loaded pressure that works against the shooter’s pull until stopping at the second stage – this is called “take-up.” If there is no spring pressure, it is known as “slack.” Should the shooter continue to pull the trigger once they’ve arrived at the second stage, the mechanism will operate like a single-stage trigger from there until engaging the sear and firing the gun. Good trigger reset requires the shooter to keep pressure on the trigger, even during reset, to minimize movement of the muzzle. 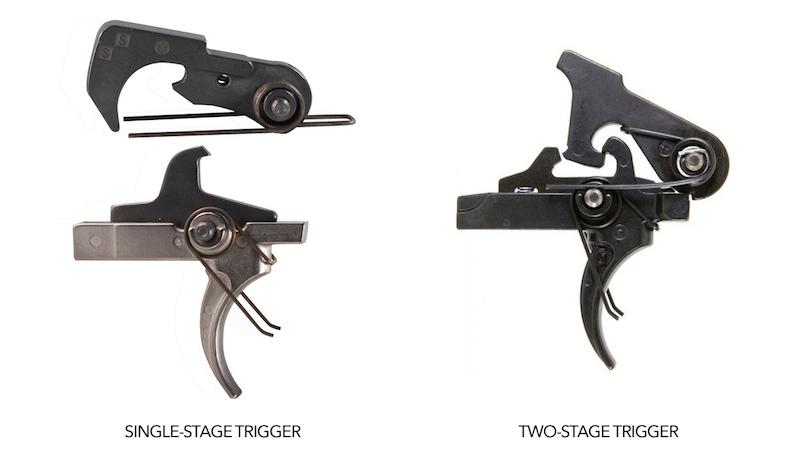 Single-stage triggers feature no take-up or slack, as they begin engaging the sear as soon as the shooter begins pulling the trigger. Some competitive shooters prefer the two-stage trigger because of the feedback it provides during its first stage, while other shooters, including those using their rifle in tactical scenarios, may want the surety of a single-stage trigger, ready to engage and fire once their finger is inside the trigger guard. Regardless of preference, a good trigger will feature minimal creep and should be free of grittiness, providing a smooth, even break.

Once you decide between a single or two-stage trigger, you can choose between standard and drop-in trigger groups. Standard trigger groups feature all the fire control group parts separated, and need to be pieced together and installed much like a mil-spec trigger, while drop-in trigger are pre-assembled and contained within a casing that simply drops in to the receiver and accepts the pins, hence the name.

Some shooters prefer drop-in triggers due to the ease of installation, while others opt for standard groups so they can access the components individually for cleaning adjustment or replacement. If one piece of a drop-in trigger fails, you’ll need to either replace the entire unit or send it to the manufacturer for repair, whereas you may be able to simply replace the broken component of a standard trigger without needing a whole new trigger set.

Also of note, even the bow of the trigger comes in different shapes and types. Some shooters prefer the conventional curved bow trigger found stock on most AR-15s, while others upgrade to triggers that feature a flat bow. The shape of the trigger provides different ergonomics, and picking what is best for you is mostly based on preference. 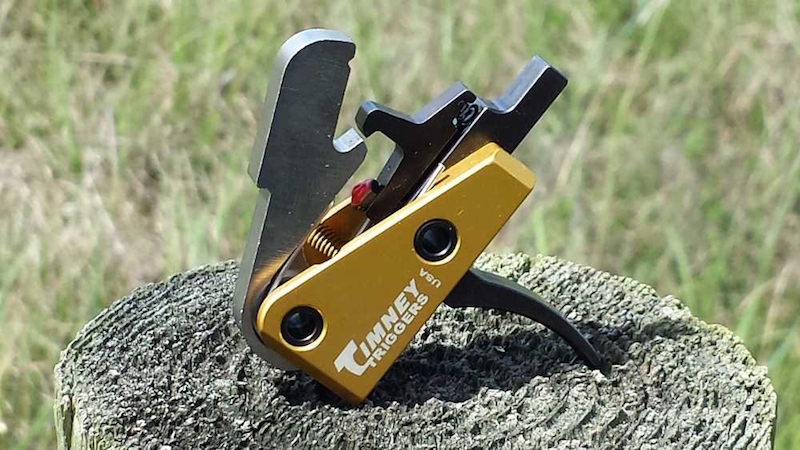 Many users, including tactical users like law enforcement officers or owners who plan to use their AR for home defense and need to be sure they intend to discharge their firearm when engaging the trigger, will likely opt for a trigger with heavier pull weight. This means it will take more pressure to engage the sear, and decreases the likelihood of unintentional discharges.

Shooters who use gloves may also desire a heavier trigger weight, as the glove decreases the sensation of the trigger against their finger, which may also lead to unintentional discharges.

Conversely, competitive and precision shooters are likely to opt for lighter trigger weights, as it takes less pressure to engage the sear. The less the shooter has to pull on the trigger, the less the likelihood of pulling the firearm off target. In the world of precision and long-range shooting, the smallest movements can result in massive misses downrange, and these shooters value the light pull needed to make the shot.

Like any accessory or upgrade to your AR, your needs and situation will determine the best solution for you. If at all possible, try to test different triggers to see what works best for you, as opposed to plunking down the cash up front hoping for a good result (good triggers usually aren’t particularly cheap!) Also, don’t expect a trigger upgrade to miraculously cure the ills of poor shooting. If your shooting fundamentals are solid, particularly breathing and trigger mechanics, an improved trigger can only help you tighten groups and get on target even better.