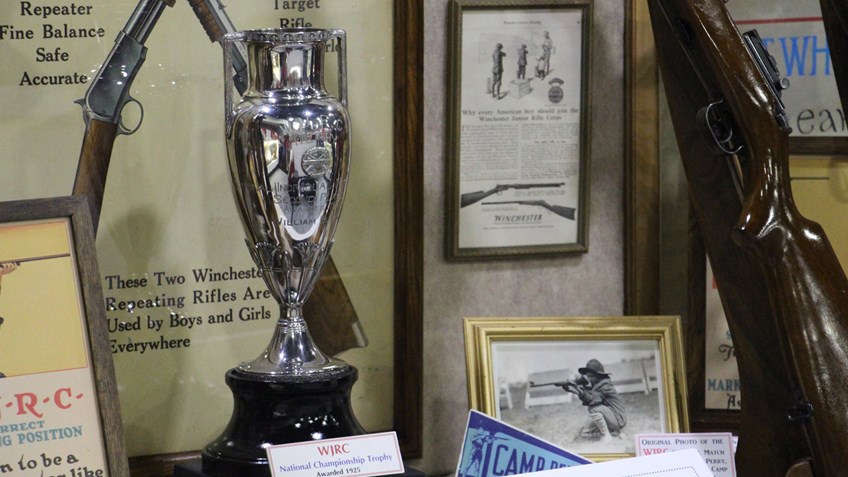 Each year, Museum staff coordinates with the Committee to host the Annual NRA Gun Collecting Awards which is hosted at the NRA Annual Meetings & Exhibits.

Official NRA-affiliated gun collector clubs have been exhibiting their finest collectible arms at the NRA Annual Meetings since 1954. In 1960, the NRA Gun Collectors Committee established a perpetual trophy to recognize the best of those displays and a special medallion for the best individual arms shown.

For decades, the program has steadily grown and has presented an opportunity for members and guests attending the show an unparalleled opportunity to view and appreciate some of the finest privately owned arms and accouterments in this country.

Here’s a summary of the awards that are presented each year:

Best Arms Awards
Each year, a maximum of ten sterling silver medallions are awarded to those collector arms judged best on display. Firearms are judged on their individual quality, condition, originality, collector importance and historical value.

Certificates of Recognition
In 1981, the NRA Gun Collectors Committee authorized an award for unique items displayed related to firearms. Up to ten certificates are normally awarded in any one calendar year.

Best Miniature Arms Awards
Since 1987, sterling silver medallions have been awarded to those miniature arms judged best on display. In 1993, a new series of miniature medallions were introduced with the numbering beginning at #1. In 1998, the collectors committee decided to heighten competition for this award by presenting only three medals each year. 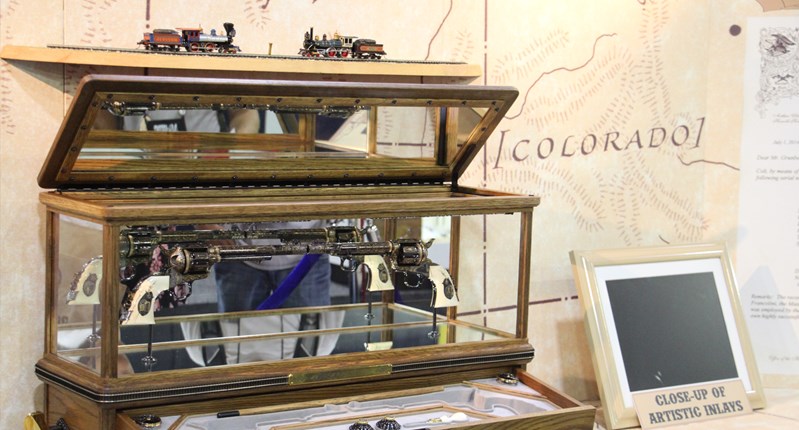 Best Educational Display Awards
In 1962, the Gun Collectors Committee authorized the Best Educational Group Awards to recognize outstanding displays that creatively and effectively present a well organized theme. The committee has divided the Best Educational Display Awards into four categories, Antique Arms (pre 1898), Classic Arms (1898 - 50 years prior to the show), Contemporary Arms (50 years prior to the show to current), and Combined Arms (Collections that represent a mixture of more than one category). Emphasis is placed on recognition of those exhibits which best inform the NRA membership and general public of the historical, technical, and cultural aspects of firearms and related items. Two awards are given out in each of the four categories.

National Firearms Museum "Spirit of the Game" Award
This award is presented to an exhibit that the staff of NRA Museums feels exemplifies the objectives of the awards program, but did not win one of the other category awards.

NRA Gun Collectors Committee Trophy
This sterling silver bowl is a perpetual trophy awarded for the display judged best of each year’s Annual Meetings and Exhibits. The winning organization's name is engraved on the trophy and the organization receives a miniature of the trophy to retain. 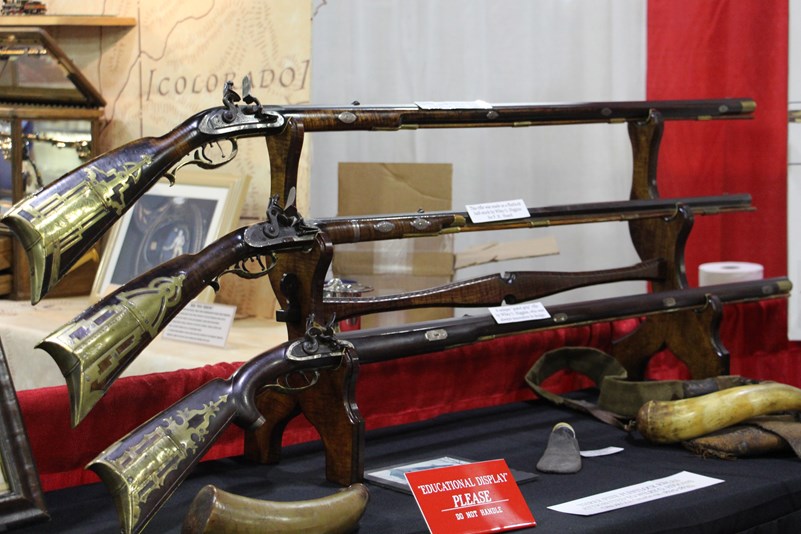 This year, 18 gun collector organizations are represented in the “Collectors Row” section of the Exhibit Hall at the Georgia World Congress Center. The section is in the far left corner of the hall, conveniently located next to one of the cafés. Come on by and check out 3,000 square feet of rare and collectible firearms!

The 57th Annual National Gun Collecting Awards will be hosted on Sunday, April 30th at 9am in room B310. The event is open to show attendees and all are welcome to celebrate!