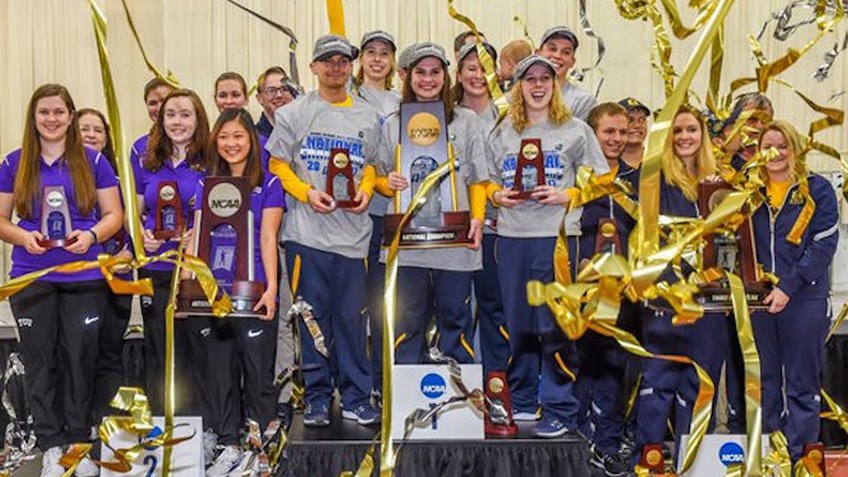 In our latest poll, NRA Blog readers selected WVU as the team most likely to win this year’s championship, despite not being top-ranked. Coming into the competition at The Ohio State University in Columbus, Ohio, ranked second behind TCU, the reigning-champion Mountaineers knew they had to step up to defend their title.

They did just that, producing a championship-record aggregate score of 4723 -- a 2336 smallbore score from Friday and season-best 2387 air rifle score from Saturday. The sweep of the discipline titles is a repeat from last year and the third time in four years for West Virginia. 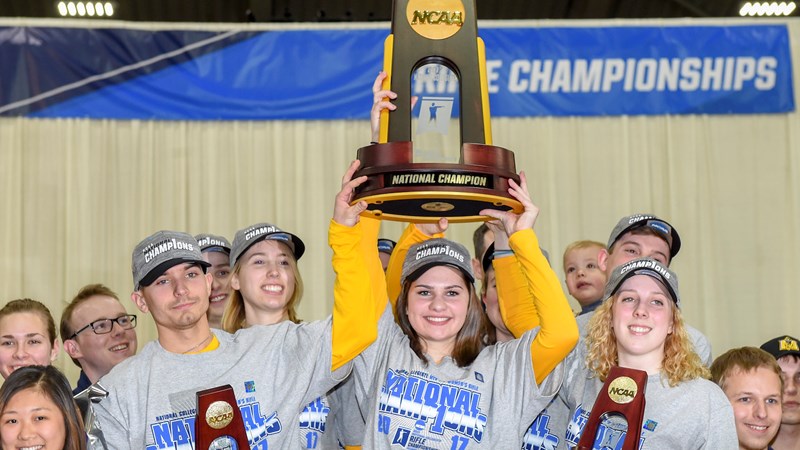 “Today is always pretty tense, but this was an amazing showing,” WVU Head Coach Jon Hammond said to NCAA.com. “We were prepared for an incredibly tight championship. This was an incredible performance by this team in this environment. It is crazy to shoot a season-high air rifle at an NCAA Championship. This is a great result overall.”

In addition to the team victories, WVU freshmen Morgan Phillips and Milica Babic reigned in the individual competitions, earning the top spots in smallbore and air rifle, respectively. 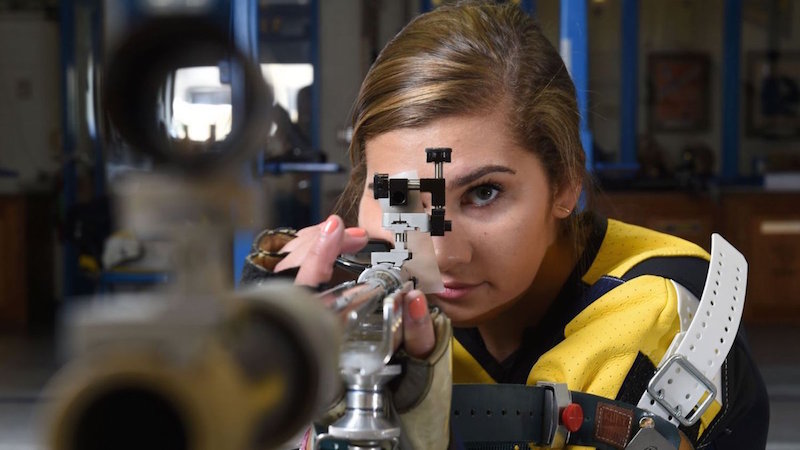 Phillips won the smallbore title on Friday with a 464.3 score in the final, while Babic, a native of Belgrade, Serbia, shot a 208.1 Saturday in the air rifle final to take the individual air rifle championship. Phillips also earned the NCAA Championship’s Top Performer Award. The tandem repeats the individual championships for WVU as well, as fellow Mountaineer and Olympic gold medalist Ginny Thrasher swept both categories in 2016 en route to the Mountaineers’ win.

This isn’t the first time WVU went on a championship streak.  The Mountaineers won six straight titles from 1988 to 1993, tying perennial contenders and second-winningest program Alaska-Fairbanks, who also won six straight from 1999 to 2004, for the longest title streak in NCAA Rifle Championship history. 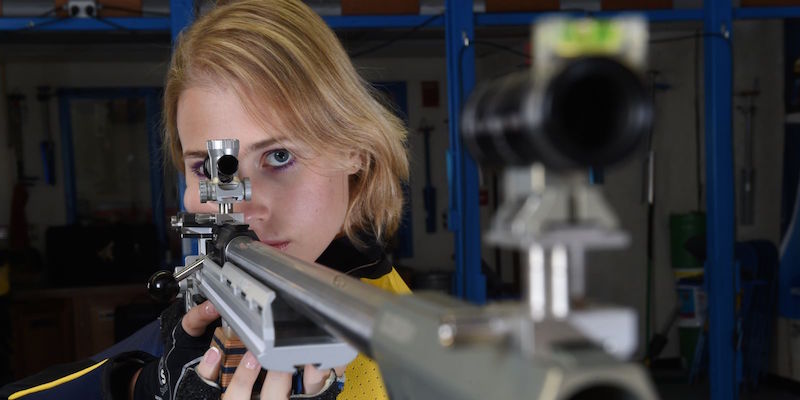 WVU will enter next season as champions again, looking to duplicate their six-season championship streak and further cement their legacy as the greatest NCAA Rifle program in history.