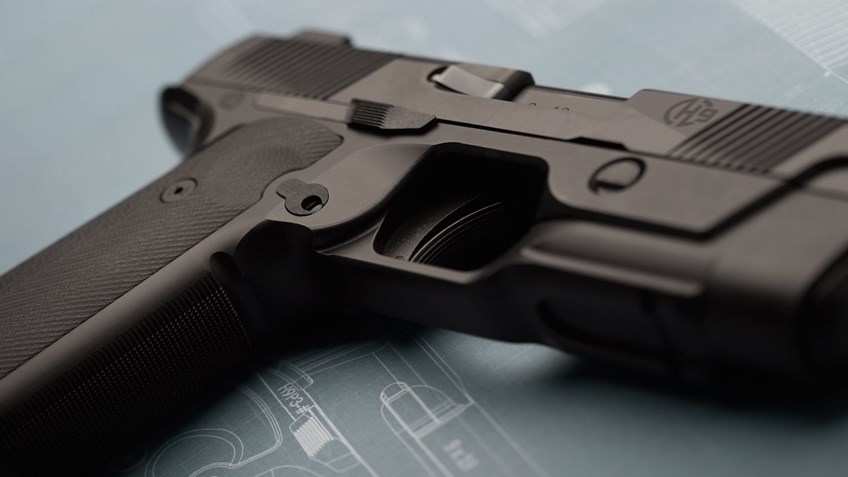 If you dedicatedly follow the latest from the firearms industry, there’s little doubt you’ve heard by now about buzz-worthy addition to the U.S. pistol market from Texas-based newcomer Hudson Manufacturing, the H9.

Rolled out officially at the 2017 SHOT Show in Las Vegas, the H9 debuted to much fanfare, due partly to its unique looks, but mostly because of the blend of classic 1911 and modern striker-fired pistol elements to create a truly unique and effective gun. 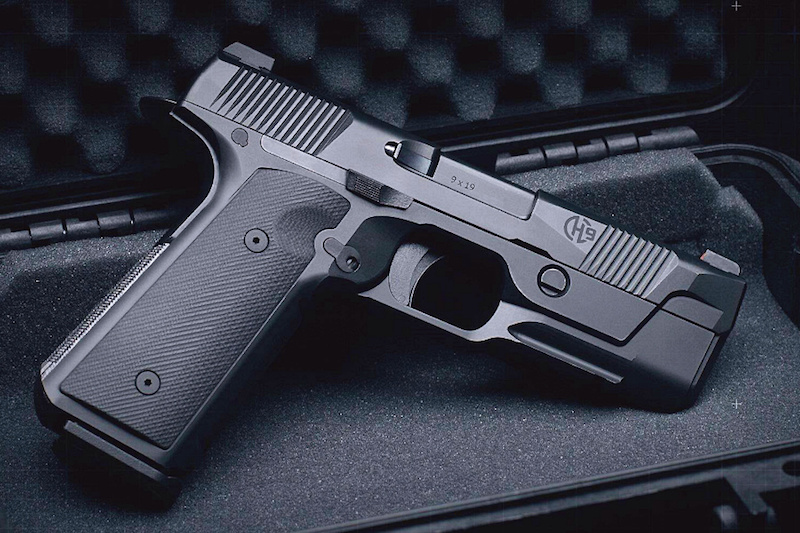 One look at the pistol and any gun aficionado can see the clear influence of one John Moses Browning a la his iconic service pistol. The grip and slide are reminiscent of the 1911, and the pistol employs a 1911-style single-axis, straight-pull trigger that boasts a crisp travel of just .115 inches and a pull weight between 4.5 and 5 pounds.

While the H9 has an integrated trigger safety from the factory, 1911 purists can exhale – you can acquire a replacement trigger from Hudson without the integrated safety, as well as adding an external thumb safety akin to the conventional 1911.

Those elements combined with the stainless black nitride slide, all-steel construction, barrel and insert chassis makes the 1911 feel remarkably like a 1911, but that’s about where the comparisons end. Rather than employing the legendary duty pistol’s hammer-fired mechanics, Hudson made the H9 a striker-fired pistol.

The patent-pending striker and sear are designed to reduce wear and tear, and the lack of a hammer spring allowed designers to create a slimmer pistol with a higher grip purchase, lending to better control and a reduction in felt recoil. 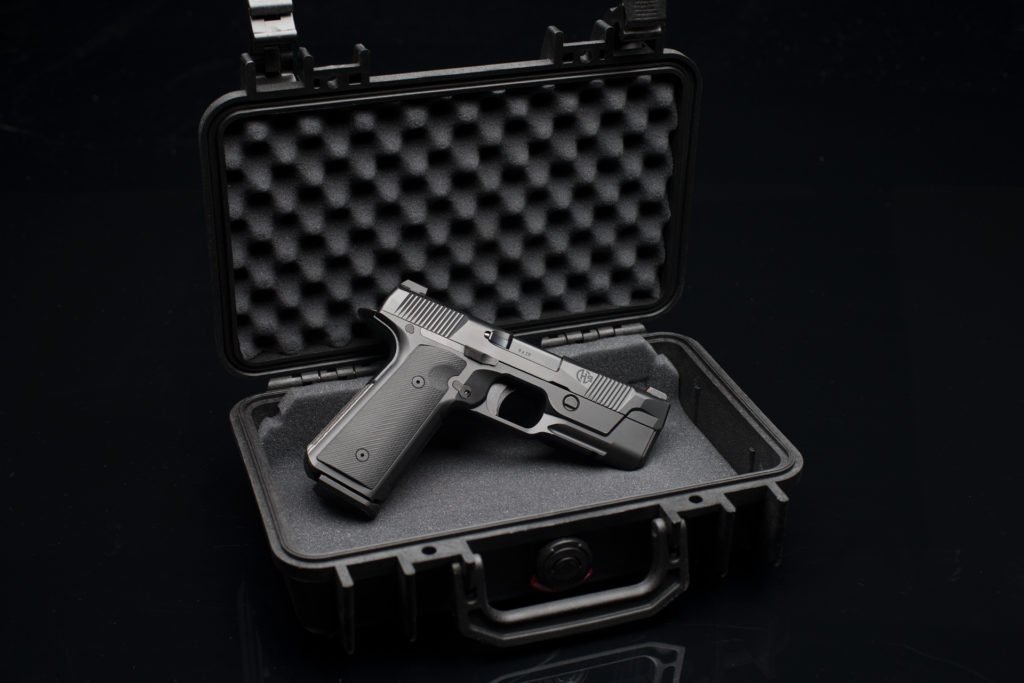 Opting for the widely available and popular 9mm round over the bigger .45 ACP of Browning’s service pistol, the H9 employs a 15-round double-stack magazine.

The H9 features a low bore axis and “unconventional” nose profile, which puts the barrel and recoil spring closer to the user’s hand than the traditional 1911. Coupled with the aforementioned striker-fired system, the H9 allows for increased precision, reducing torque on the shooter’s wrist.

Other modern features include ambidextrous slide releases and a reversible magazine release, and an accessory rail suitable for the addition of aftermarket lights or lasers. 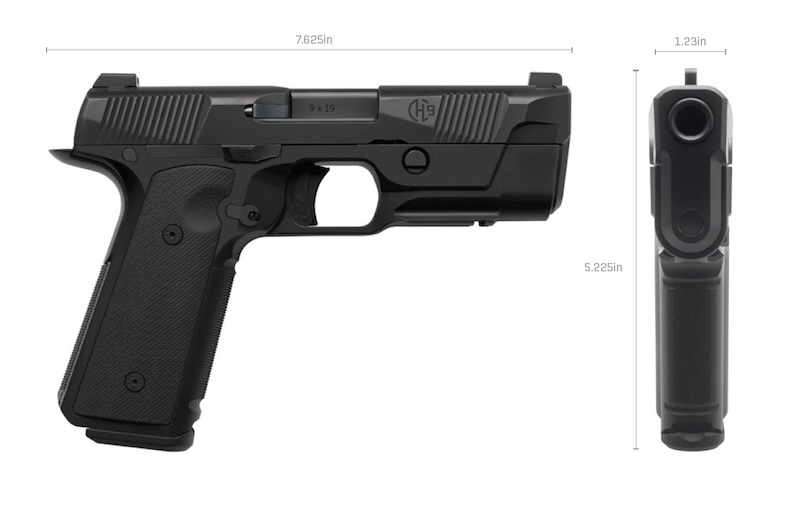 Hudson didn’t skimp on the parts, either. Knowing that uniting two deeply entrenched camps of pistol platform proponents could potentially be difficult – visit a handgun message board and check out endless “1911 vs. Glock” arguments – the company poured premium details into the H9, adding elegance and quality to the flagship pistol.

The H9 features beautiful G10 VZ grips –which are interchangeable if you want a different feel or aesthetic -- and a G10 Hogue lower backstrap, and includes Trijicon HD front sights as part of the standard configuration from the factory, all options seen as upgrades or premium add-ons for most other pistols on the market.

The company, comprised of military veterans, sport shooters and industry experts, realizes the H9 may not catch the longing glimpses of long-time 1911 champions or the polymer pistol crowd. Nonetheless, Hudson hopes to appeal to those who see the benefits in combining the best of both worlds in a sleek, high-quality pistol built on both tradition and innovation. 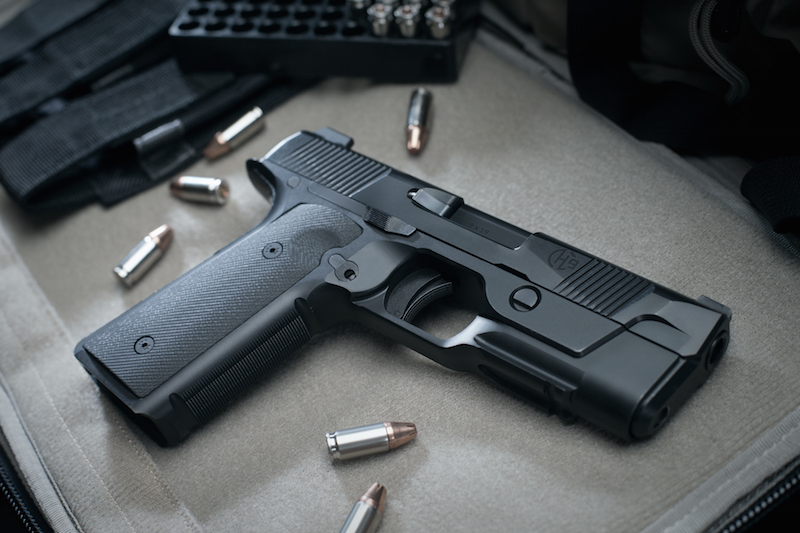 Just like the inspiration and ingenuity that drove icons like John Browning and Gaston Glock to redefine handguns as we know them, Hudson is onto something that could change the way firearms are produced for decades to come.

Heading to the NRA Annual Meetings and Exhibits April 27-30 in Atlanta, Georgia? Be sure to attend The Gun Collective Panel Presented by NRA Saturday, April 29 at 1 p.m., where one lucky fan will win a free Hudson H9, courtesy of Hudson Mfg. and The Gun Collective. Get more information on the event here!