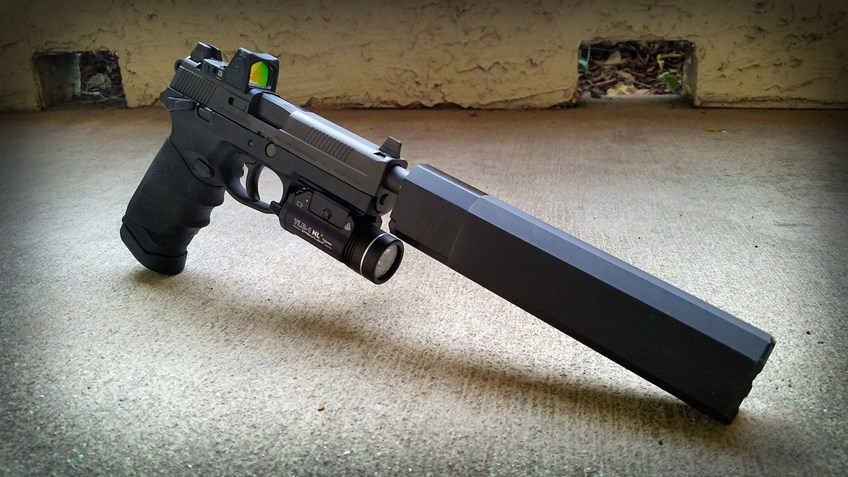 There’s been a lot of noise about the use of firearm suppressors lately (ironic, huh?) With the Hearing Protection Act recently introduced to lawmakers, the movement to loosen regulations on the purchase and use of suppressors has never been stronger, and gun owners everywhere are waiting eagerly to be able to more readily purchase and use devices that could make shooting safer for everyone.

With or without the HPA, the popularity of suppressors has skyrocketed in recent years as new materials and technology makes them easier to build and more effective than ever. In response to this demand, gun makers are introducing more suppressor-ready firearms, boasting features like threaded barrels and raised sights.

Here are a few shining examples of what gun buyers can look ahead to this year: 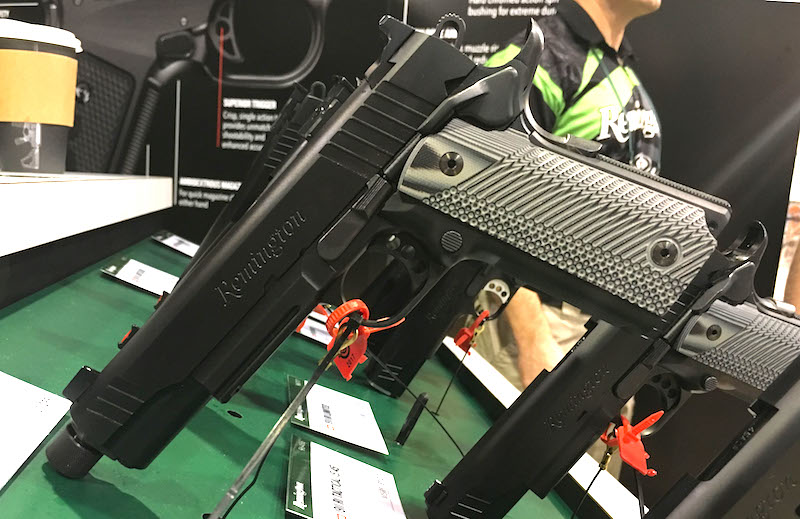 Remington R1 Tactical
The Remington R1 Tactical is a beefed-up, tactical big brother in the R1 full-size 1911 pistol line. This double-stack 1911 carries 15+1 of .45 ACP, and is strengthened with a full-length guide rod, ramped barrel and upgraded VZ G10 grips. Most importantly for the suppressor crowd, the R1 Tactical features a threaded barrel for attaching the can, and raised sights to provide a clear sight picture over the suppressor body. 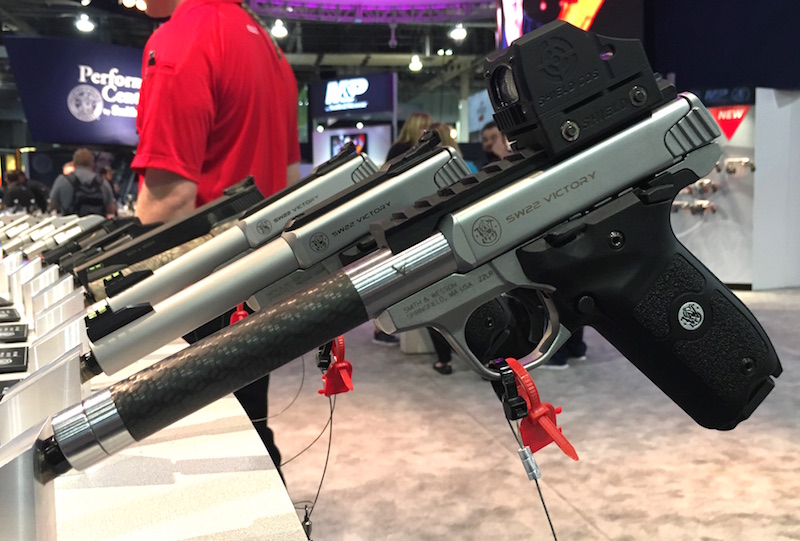 Smith & Wesson SW22 Victory
Smith & Wesson recently introduced their competition .22LR rimfire pistol, the SW22 Victory, a single-action, enclosed hammer-fired blowback semi-auto. The Victory is built for accuracy, including a match-grade interchangeable barrel that takes down easily using one screw. Rimfire suppressor owners rejoice – amongst the barrel offerings in the Victory line is a threaded barrel, wearing a beautiful thread protector from the factory. 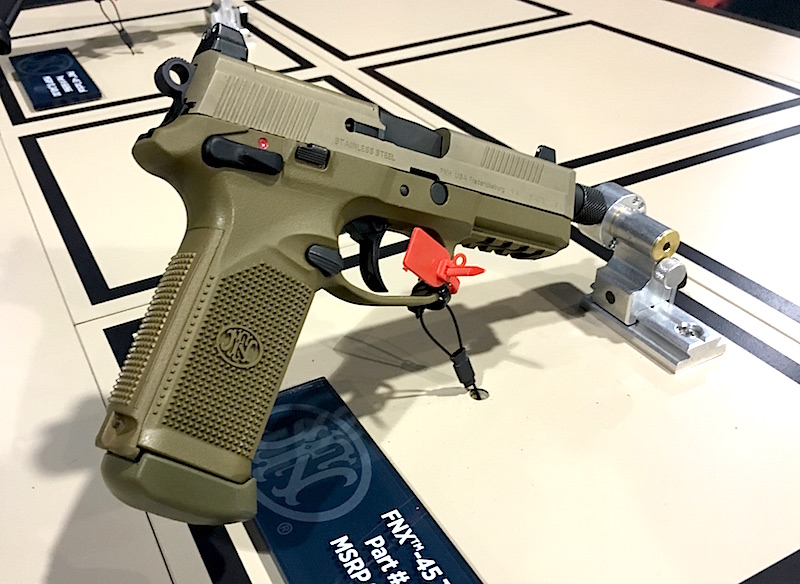 FN FNX-45 Tactical
FN improved their proven FNP-45 Tactical to create the FNX-45 Tactical, a DA/SA .45 ACP duty pistol. Featuring a stainless steel slide with raised night sights for suppressor use, and a cold hammer-forged stainless barrel with .578x28 TPI threading to attach a can, the FNX-45 Tactical comes prepared for suppressed use. Other features include replaceable steel frame and slide rails, interchangeable backstraps with lanyard eyelets, fully ambidextrous decocking, safety and slide stop levers and magazine release, and a polished chamber and feed ramp. 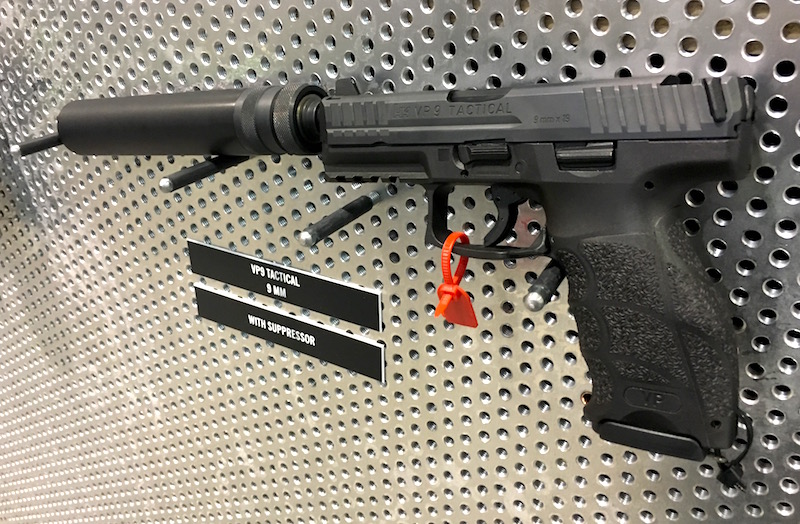 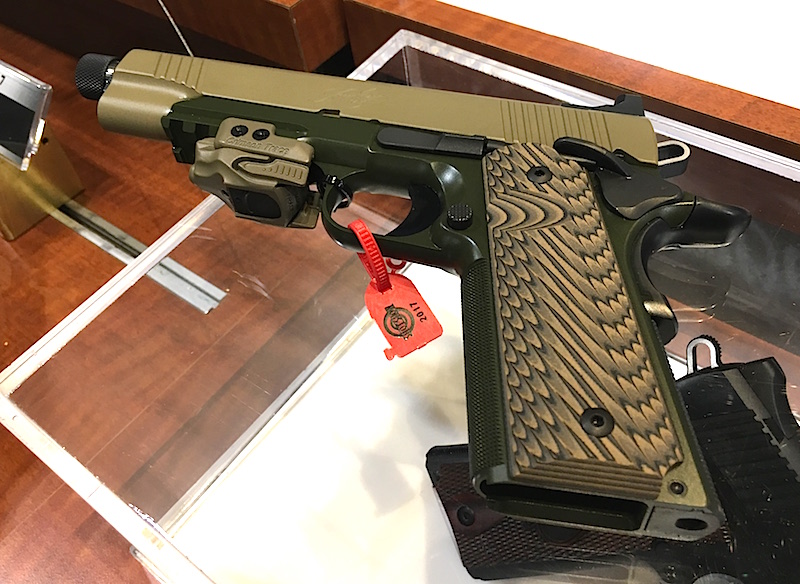 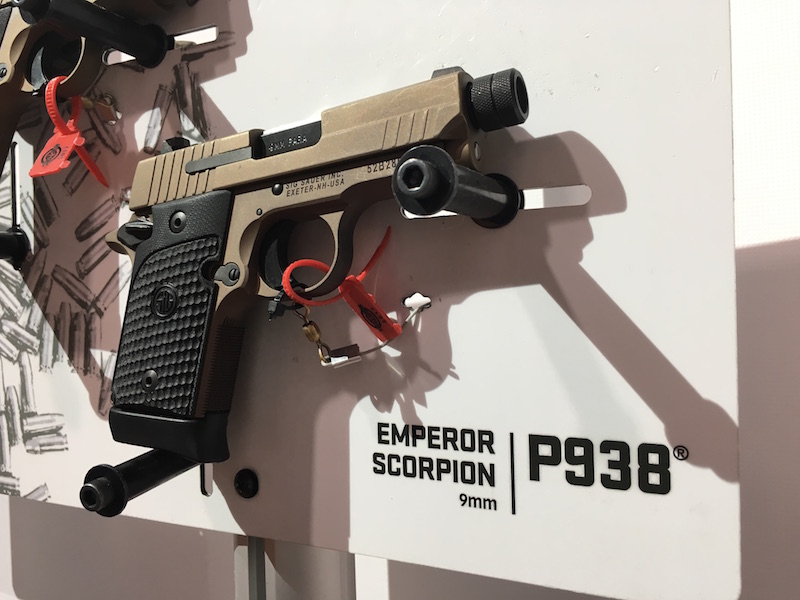 Sig Sauer P938 Emperor Scorpion
Sig Sauer rolled out a suppressor-ready edition of its concealed carry-favorite P938, a single-action subcompact, in the new Emperor Scorpion model. This small-yet-mighty 9mm pistol boasts all of the characteristics of its Scorpion brother – all-metal frame, 1911-style controls, ambi safety, flat dark earth finish – with the addition of a threaded barrel, perfect for running a compact suppressor.

For those trying to pick out their first (or next) pistol, it’s definitely worth considering the flexibility of having a firearm ready-made for a suppressor should you choose to purchase one. Whether you already own a can, are in the market, or are intrigued at the prospect of forthcoming suppressor-friendly legislation, picking up a new firearm that’s ready to attach right out of the box is the best way to be prepared for when you want a little more quiet time with your gun.