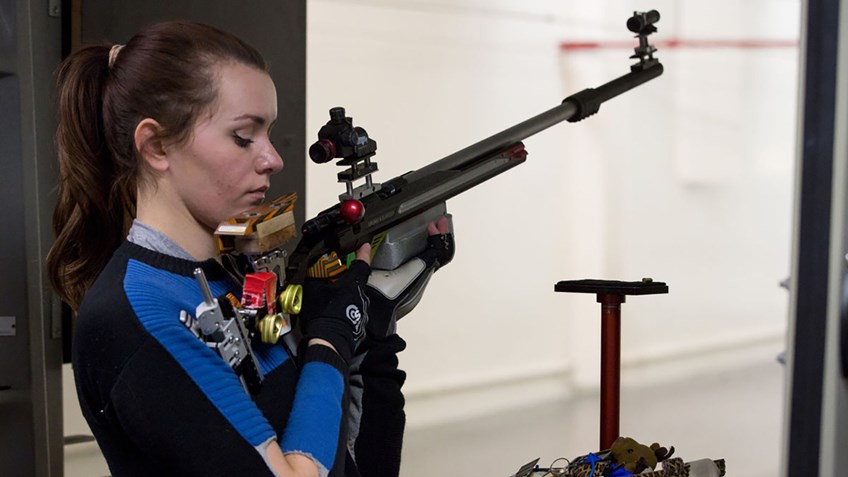 More
SUBSCRIBE
Rachel Martin, a senior at Nebraska, is gearing up for her final NCAA Rifle Championship this upcoming March. She will be graduating with 26 honors and awards she accumulated over the past four years - some highlights include being Academic All-Big Ten in 2015 and 2016, a National Rifle Association All-American Second-Team member from 2014 to 2016 and NCAA Smallbore Rifle Champion in 2015.

The NCAA Rifle Championships are not new for Martin, this will be her fourth appearance.