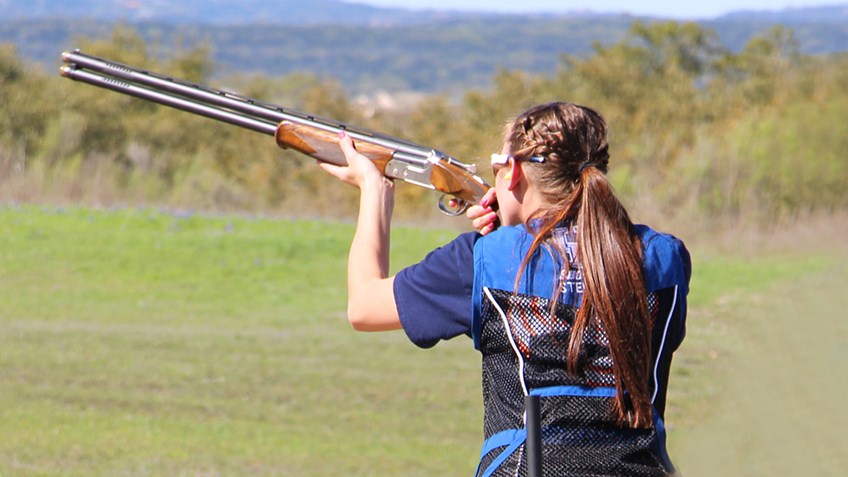 March isn’t solely consumed by the madness of college basketball. It’s also the time of year when the country’s top collegiate shotgun athletes gather to compete in their own matchup at the 2017 ACUI Collegiate Clay Target Championships March 28- April 2 in San Antonio, Texas.

Competitors are allowed to compete in up to six disciplines at the championships but there is also a handful of opportunities available to these athletes to earn scholarship funds!

See what unique events are in conjunction to next week’s championships. 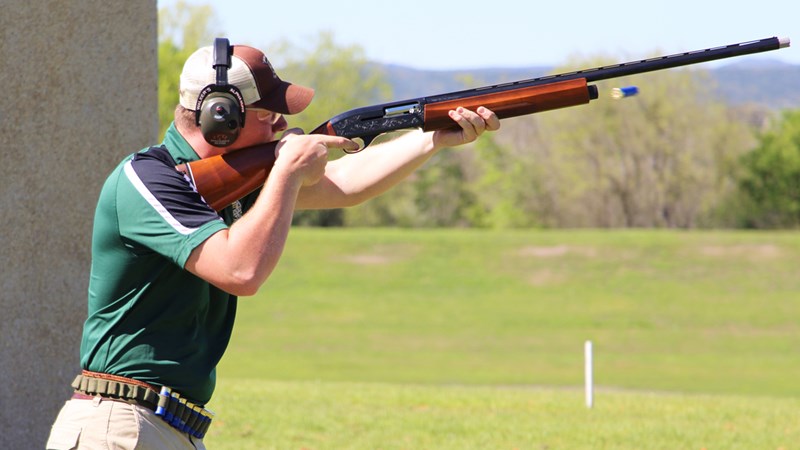 Flurry for Funds and College Shoot-Outs Finals
ACUI and The National Shooting Complex partnered up to provide college scholarships to national junior shooting champions who are seeking to attend a college or university that supports the shooting sports. Marry and Brenda Potterfield of MidwayUSA are also contributing donations to each finalist in their team’s endowment account from their own foundation.

From Tuesday through Saturday, the top two team scores from the Flurry’s respective men and women’s division (eight shooters) will have a traditional 5-stand shoot-off for the spot in Saturday evenings College Shoot Out. Each day, the top two men and top two women will advance to the College Shoot Out for the chance to earn endowment money for their school.

Four men and four women will be awarded beginning in the second round earning prize money ranging from $1,000 - $5,000!

Long Target Contest
A long target contest will take place on Friday after all daily events have concluded. The contest consists of four rounds (entry fee is $20). Each competitor must break a target in each round to advance to the next, however, can buy in to each round (each round increases by $10) if a target is missed. The fourth round will continue until one shooter remains. The winner of the Long Target Contest will be awarded a gun and their school will also receive $10,000 in their team’s MidwayUSA Foundation endowment account.

Each shooter who participated in the first round and advanced to the next round will also receive $100. 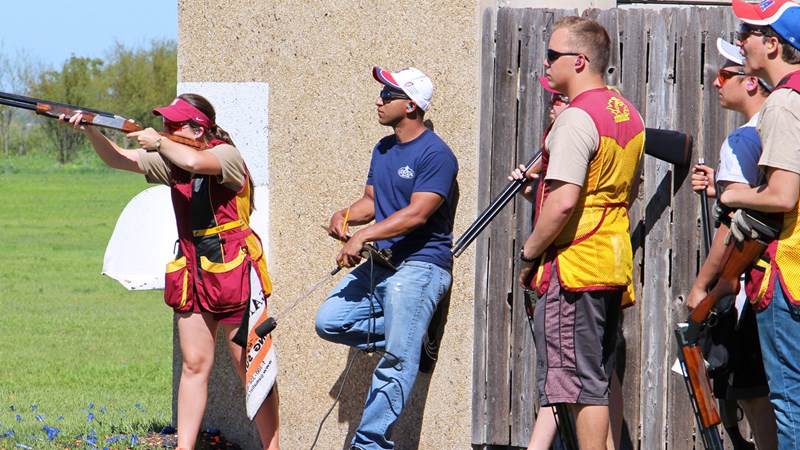 International Shoot Out
ACUI will host its fourth annual R&R Sales and Services International Shootout. Participants for this event are determined by individual winners of an international conference or super shoot event. Spots are available to all athletes that competed in any ACUI conference championships as well as others who did not, with a required entry fee. Awarded prizes range between $500 - $2,000!

NRA Daily Scholarship Shoot-Off
The NRA donated $5,000 (ten $500 scholarships) in scholarship money to be used at the ACUI Clay Target National Championships. Selected competitors will be invited daily to participate in a miss and out shoot-off. A daily random score will be selected and any competitor that achieves that score will be invited to participate in the shoot-off until 20 athletes are confirmed. Participants will compete in a different discipline on Thursday, Friday, Saturday and Sunday for this event. Winners are awarded $500 NRA scholarships that are determined at the end of each day when two athletes (man and woman) remain. 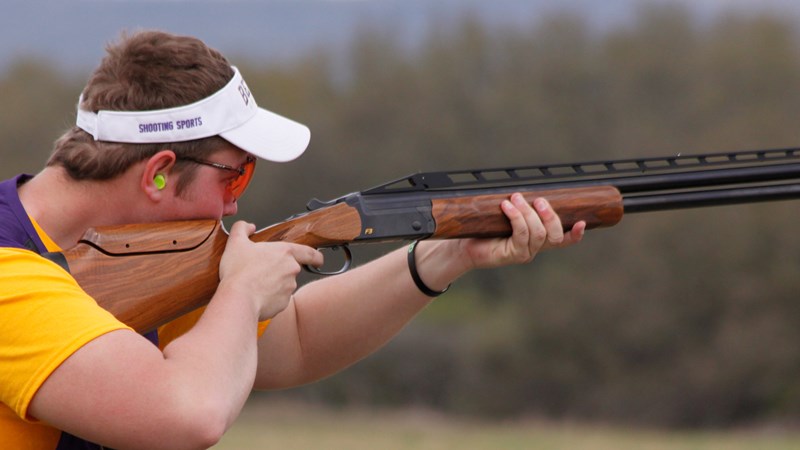 This event takes place Saturday morning where participants join in some friendly sporting clays competition. The top three winning teams will be awarded team endowment funds where prizes range from $2,000 - $5,000!

ACUI code of conduct and rules still apply for this event.

MidwayUSA Foundation Team Fundraiser
The standard matching program from ACUI is a dollar to dollar match for all fundraisers up to maximum of $2,500. Each school that signs up for a fundraiser onsite for the spring semester will receive a two to one match up to an additional $2,500 (total $5,000). Fundraising options will be made available onsite from MidwayUSA Foundation and ACUI.

A lot of exciting things are happening in San Antonio next week! For more detailed information regarding each special event, check out the website!