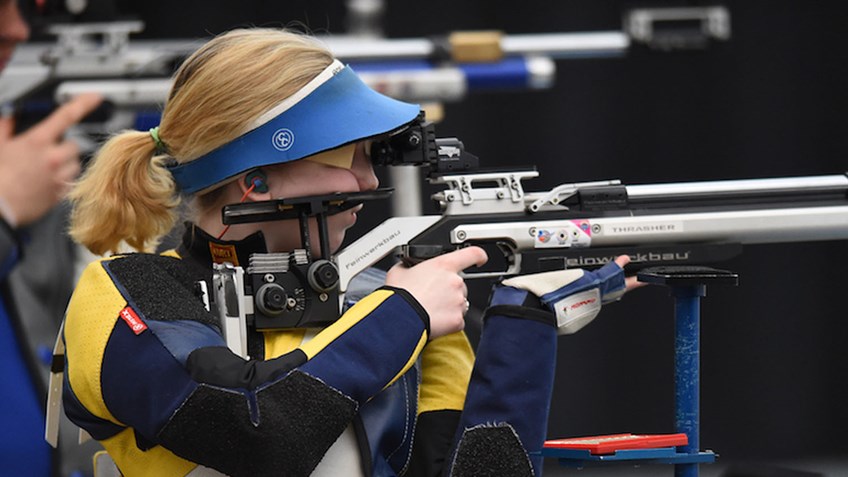 More
SUBSCRIBE
The title of top amateur athlete in America is up for debate this week, as Olympic gold medal shooter and West Virginia Mountaineers collegiate champion Ginny Thrasher (Springfield, Virginia) was announced as a finalist for the 87th AAU James E. Sullivan Award.

A 19-year-old NCAA national champion, Thrasher represented the U.S. in Rio and earned the country's first gold medal at the 2016 Olympic Games in the 10m air rifle. Thrasher defeated her veteran opponent in the finals by a full point, a wide margin in perhaps the Games' most precise sport.

"Being an AAU James E. Sullivan Award finalist is incredibly meaningful to me because it embodies the love of sport that amateur athletes possess," Thrasher said. "I am honored to represent my sport at such a high level."