How One Girl Scout Is Changing Her Community

Lizzy Worthington may appear to be your everyday student, but there is more to her than meets the eye. As a senior at BGM High School in Brooklyn, Iowa, many things are demanding of her time.

She’s busy applying to colleges, is dedicated to her competitive shooting team, and is also a Juliette with the Girl Scouts. Despite a busy lifestyle, Lizzy decided to take on an endeavor most her age would not attempt.

In her junior year of high school, she decided she wanted to give back to her community in a positive and unique way, as well as earn her Girl Scout Gold Award.

She decided to combine her passion for the shooting sports with the need of a local range in her hometown. The result – to build one. 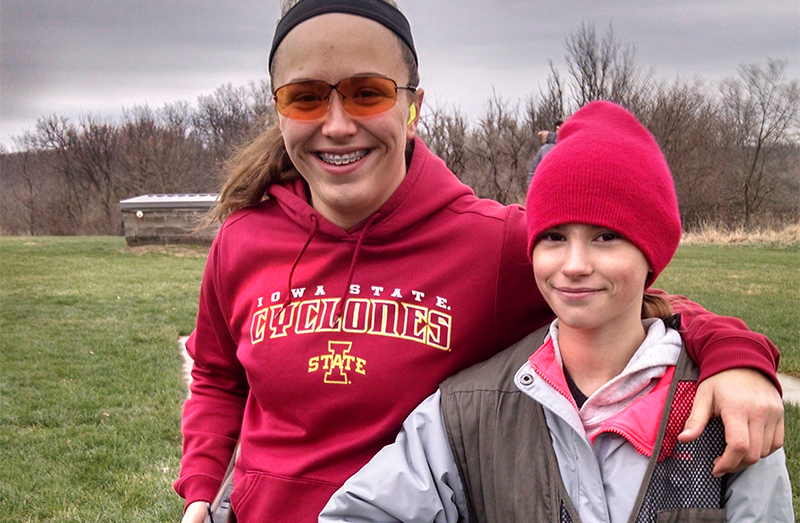 (Left to right) Lizzy and her friend Hannah after practice.

“I heard so much talk about how guns aren't safe, but it’s people [who don’t know how to properly handle them, that make it unsafe], so I wanted to find a way to teach gun safety,” Lizzy explained. “Hopefully that perception will change if we can educate people with how to use guns properly and safely.”

This new project of Lizzy’s needed a name. Seeking inspiration, Lizzy took to her surroundings. Bear Creek runs east to west just north of where the range will be and the local school’s mascot is a bear so naturally, she thought Bear Creek Range would be the perfect fit.

Lizzy’s goal for this project is to give more kids the opportunity to become exposed to firearms in a safe and positive environment. From learning gun safety to fundamentals - similar to the opportunities she had growing up.

“I started shooting my dad’s .22’s, like a lot of kids and then I got into competition shooting once I got older,” Lizzy said, “I’d always dreamed of having a range closer to me but I never thought I’d be the one building it.” 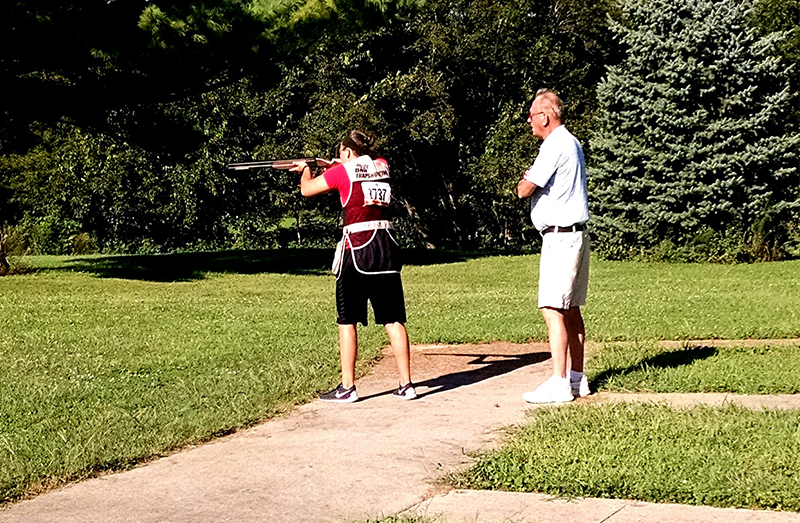 For Lizzy, it’s been a long 18 month project. It hasn’t been an easy endeavor but she’s beginning to see her efforts pay off.

Everything is donation based, meaning the land and the funds had to be raised by her shooting team, local organizations, or simply donated, making it especially difficult to get started.

“For the longest time people were telling me ‘we won't give you land because you don't have any money’ while others would say ‘we won’t give you any money because you have no land.’”

It was a process that proved to be difficult and didn’t make sense at times.

Not accepting no for an answer, she sought out advice from a school advisor who then pointed her in the right direction. There was land sitting unoccupied and untouched by the Powsheik County Station. Once she told them her proposal for the range, the county was all for it, without hesitation they granted her the land.

After achieving this milestone, the support from others began pouring in. This ambitious Girl Scout was receiving donations between $5 to $5,000! Proving that every little bit counts, Lizzy is one step closer to her goal with about $10,000 left to raise before reaching that $50,000 mark.

Once the land and finances were in hand, the construction of Bear Creek Range could finally begin.

“We are really close, hopefully we will start pouring concrete soon. We are just trying to figure out the layout of the range, the signage and other cosmetic details,” Lizzy shared with relief.

The fear of not being able to raise enough money is now in the past.

With an incredible undertaking in her hands, Lizzy remains devoted to seeing this project through for her community as well as an eye out for her Girl Scouts Gold Award.

Keep up with Lizzy and the progress she's making with Bear Creek Range!