How Competing Together Brought This Family Closer Together 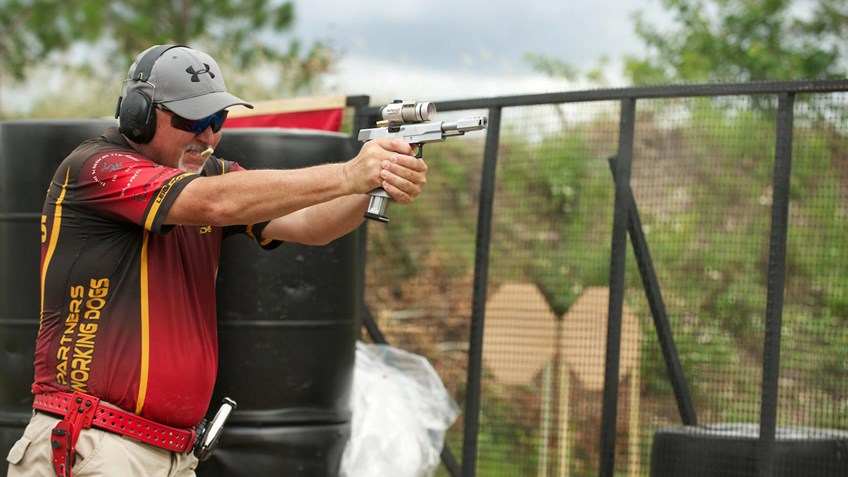 To have the title Grand Master in the shooting sports is to have the highest rating, most prestigious classification. This title is recognized by the United States Practical Shooting Association (USPSA) and can only be earned if a shooter maintains an average above 95% in shooting classification courses. In 2015, there were over 25,000 USPSA members and less than 500 individuals hold the Grand Master ranking. Lucky for us, we had the opportunity to chat with two Grand Masters, Leighton and Christopher Oosthuisen, about how they earned this title and as the first father-son duo to represent the USA on Team USA, what it means to compete with and against each other...

Q: How and when did you learn to shoot?

Leighton: I started competitive shooting in South Africa about 25 years ago while I was a police officer. I was invited by my sergeant to shoot at a local combat shooting competition. I showed up thinking I was going to clean up and came 149th out of 150 shooters…and only beat the one person because they were disqualified. But, needless to say, after that I was hooked.

Christopher: My entire life I have grown up around guns, but it was only when I was 14 that I decided to go with my dad to a local competition. I started off with a Glock 17, and although I was having a lot of fun I still wasn’t really competitive. So after about 6 months of shooting production, I decided to switch to Open class. I worked all summer to earn enough to purchase a 9mm Major Open gun from Predator Tactical. From there, my shooting really took off. I practiced harder and longer and started jumping up the ranks locally at a rapid pace. Within 2 years I had earned my Grand Master (GM) card. I now shoot for Team EMG (Eddie Garcia). 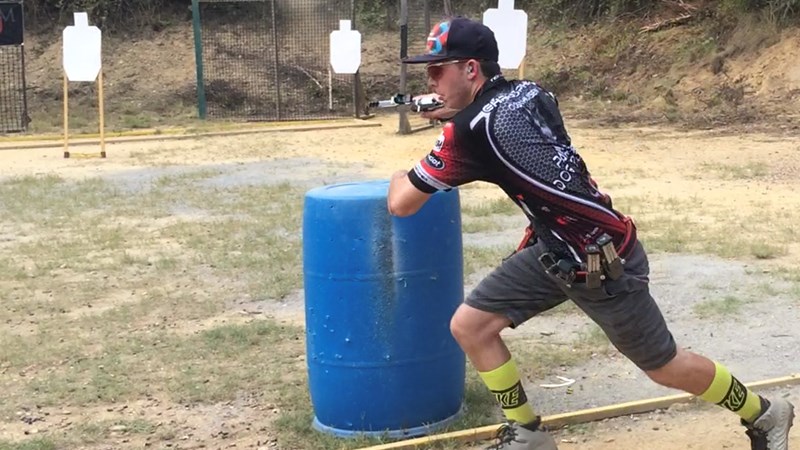 Q: What disciplines do each of you compete in?

Christopher: We both primarily shoot Practical Pistol, but have done a bit of 3-gun as well. My Dad recently started shooting a JP Precision rifle in PCC (Carbine) division.

Q: How often do you train and what does that include?


Leighton: I train about once or twice a week working a lot on long difficult shots and movement to try and challenge myself at every practice session. After that I just shoot local matches to hone in my mental game and focus on replicating what I do in practice during a match.

Christopher: I unfortunately, do not get the opportunity to train as often due to being at ASU. However, when I do get the opportunity to train I work hard on challenging shots and things that I’ve seen I struggle with during matches. That allows me to find the weaknesses in my game and work until they become my strength. Then at home I work a lot on physical fitness to improve my movement and strength during shooting. 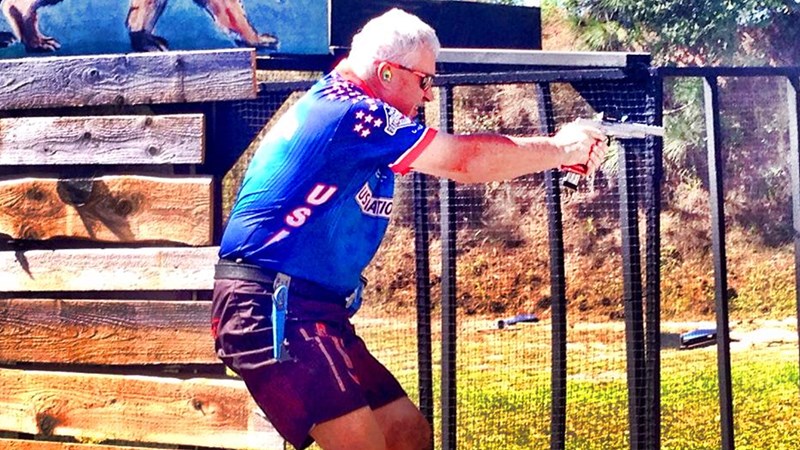 Q: What does it mean for you to share your passion for the shooting sports?

Leighton: I cannot overstate how wonderful our shooting experiences have been for us. In this day where kids often grow apart from parents as they get older, we have grown closer. To see my son mature into the respectful, honorable and ethical young man he is, is awesome. I love shooting! It has been in my blood for generations. I emigrated to the USA to have greater access to the shooting sports. To see that passion in my son, and know it will continue into the future, is beyond awesome.

Christopher: Shooting has been wonderful for our relationship. Because we travel so much to matches, we get a lot of time to talk. We talk about everything; the future, business, life, shooting and improvement. It really is the type of bonding that you can never replace and I am so grateful to be able to have that time together. 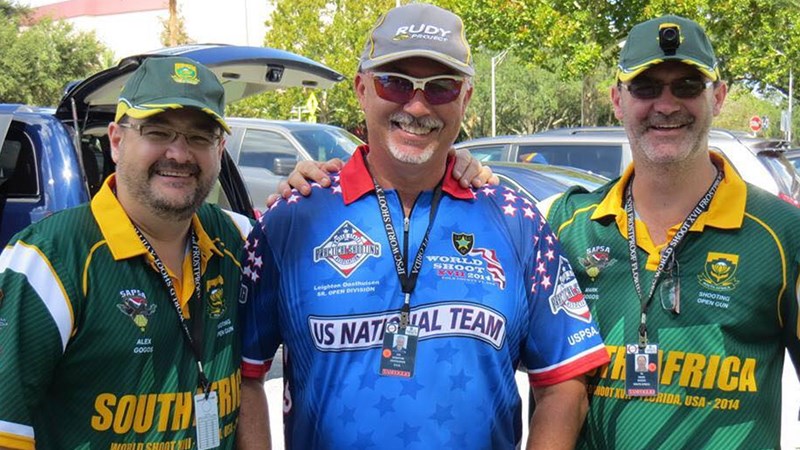 Leighton: So the Grand Master classification is reserved for the best of the best. The process is a bit complicated, but essentially there are a variety of Classifier stages that local matches all around the country put on according to the exact same specs. The top score for a specific stage gets entered as 100%. From there every person’s score is taken as a percentage of that top score. To make Grand Master you have to shoot 95% or higher, in six matches. I believe we are only the fifth Father-Son combination to both have a GM card.

Leighton: My Grand Master classification was a bit more of a hard fought process. I was ranked master for about 20 years, with the past few years hovering around the 94.7% mark. This year I finally made it into that prestigious club and I am ecstatic about it. 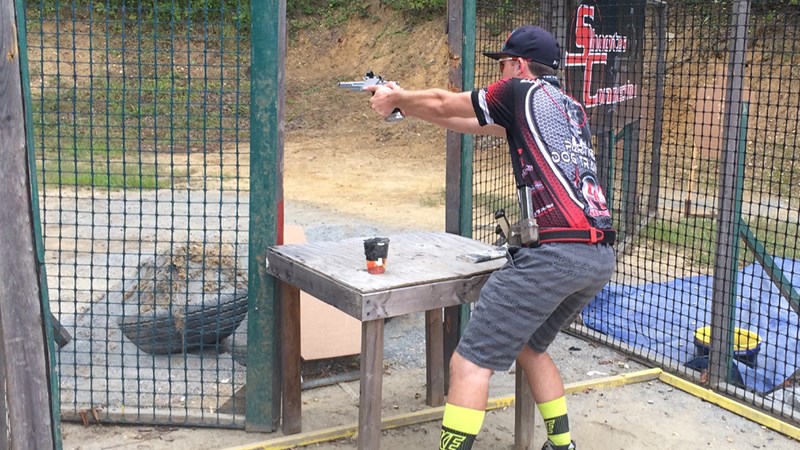 Q: What advice do you have for other shooters looking to achieve the Grand Master level?

Leighton: If you are teetering right on the border of the master/Grand Master rank like I was then it becomes a math game. You have to really go all out on each classifier and either “Hero or Zero” it. You’re either going to rock it and get a high score, or crash and burn in which case that won’t hurt your classification at all.

Christopher: Honestly, if you make that your primary goal in shooting it is going to be harder to achieve than it could be if you just work on improving your game as a whole. If you don’t make that your primary focus than it will come to you if it was meant to be. However, to be able to compete at the Grand Master level it takes a lot of practice, discipline, and hard work that cannot be bought only earned.

Q: What’s it like to compete against each other?

Leighton: Shooting is one of the few activities where we are all friends; we help each other, loan equipment and party together. But on the range we are fierce competitors. Never is that more apparent than when Christopher and I compete against each other. Even in practice, we are constantly comparing scores and times. It has made us grow stronger and made for a great family.