A Lifetime Of Valued Training Goes A Long Way 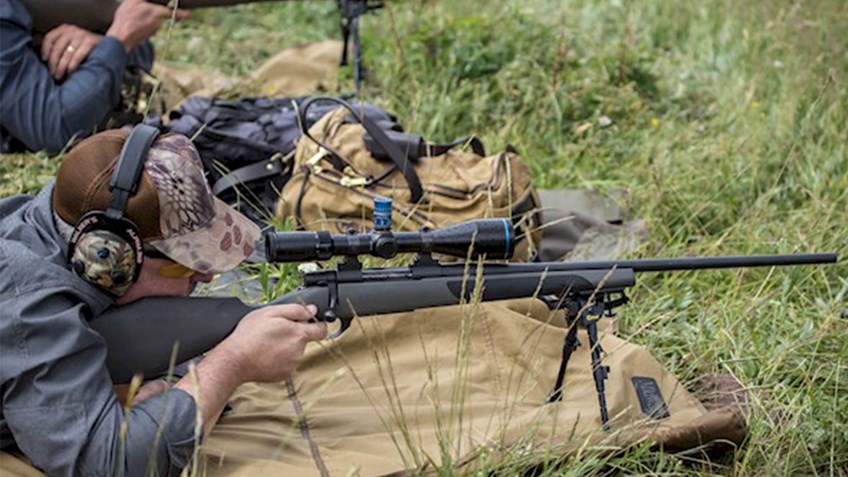 Editor’s note: Due to the sensitivity of the subject’s profession, his true identity has been changed for the content of this story.

It is seldom today that we discover a vocation or calling to do one particular thing in life. However, Herb has found a way to turn a passion for infinite knowledge in self-defense and training into a lifestyle.

As an NRA Instructor, Attorney Advisor and Security Consultant who specializes in Constitutional law, use of force, firearms training and personal self-defense for law enforcement, military and civilians, Herb says he is just as much a student as he is an instructor.

Part of his success and knowledge can be attributed to the National Rifle Association’s training programs, including those offered through NRA Outdoors.

Being an NRA Instructor for 35 years leaves one always striving to learn more. Herb was already familiar with NRA Outdoors and when he learned of the various schools they offered, he made the  decision to attend nearly every NRA Outdoors school offered in 2016. This meant attending seven of the eight offered schools which included: the Tactical Carbine Class, Precision Long Range School, 3 Gun School, Wilderness Survival School, Sub - MOA Long Range School and Sub MOA Firearms. 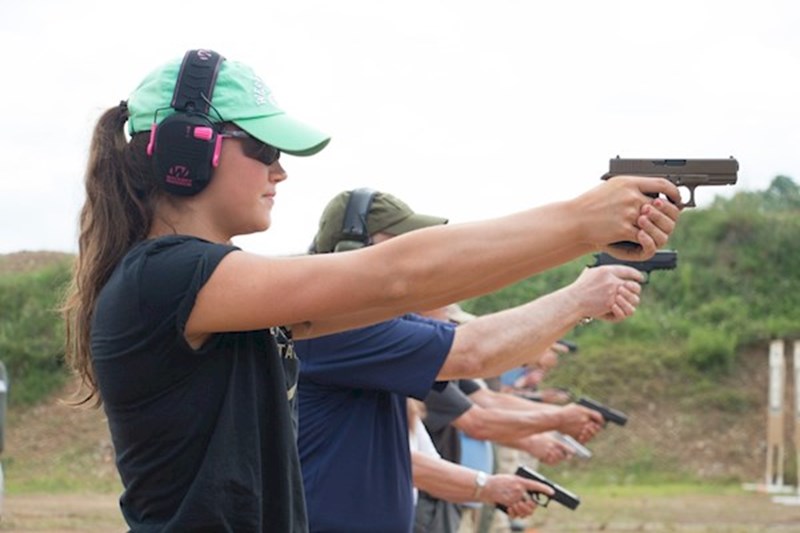 You're probably wondering how someone made the time for that many courses, how one dedicated over 200 days of their year to traveling?

In order to understand it, you must first know his story.

The backbone of his inspiration

Like many shooting enthusiasts, Herb’s ties to the NRA run deep. His family has a long lineage of NRA Life Members to his great-grandfather — they are the definition of an NRA Family. He also grew up in a military family and was no stranger to travel or firearms.

“I’ve been around firearms since I was a kid and I enjoyed shooting,” said Herb. His early love for firearms blossomed into a desire to become well-trained and proficient, but it wasn’t until he paved his career path, graduating law school, accepting a commission in the U.S. Navy as an officer in the Judge Advocate General Corps, retiring from the military and starting his own law practice (a short-lived endeavor) – he had time to pursue his dreams.

“I had a chance to become a prosecutor, and I took the job,” Herb explained. “I enjoyed my time as a prosecutor, but it was all politics and not the most stable job. For example, if your boss lost the election you were back on the street and you have to become a civilian lawyer again.”

The interim of these political cycles afforded Herb the time to take many classes through the NRA. With his firearms training he became an NRA Certified Instructor and began teaching tactical firearms classes to government agencies and civilians.

The combination of his legal profession and his firearm training skills allowed him to help others in a unique way. 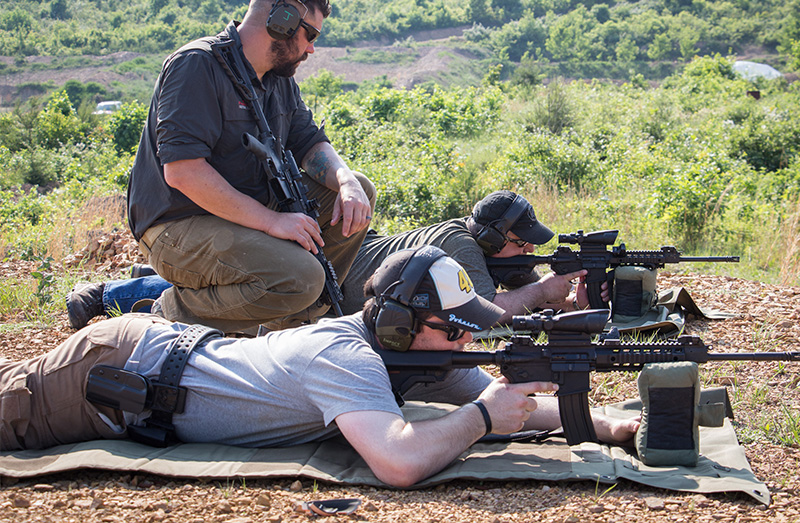 Being a part of the NRA his whole life, Herb was familiar with  the endless opportunities the NRA and NRA Outdoors had to offer. He had a desire to train in long range shooting and when he discovered NRA Outdoors offered a class he immediately signed up.

“I wanted to see the civilian side so that I could better teach my students in my classes,” he said.

To maintain his certification as a Law Enforcement Instructor, Herb had to log a requisite number of course hours every year. While NRA courses fulfilled this requirement, he also wanted to continue to expand his knowledge in the field. He believed that one should train to a standard and not to a certain number of hours.

“Every time you take a class you learn something new, whether it’s something from a different instructor or a student that brings something up,” he explained. “I was searching for any nugget of knowledge that I could apply in my classes.”

Having an understanding for the importance of situational awareness and observation techniques is what lead him to the next phase of his adventure.

Since that first long range school experience, it began to snowball where Herb began taking one class after another through NRA Outdoors.

What brings him back year after year? 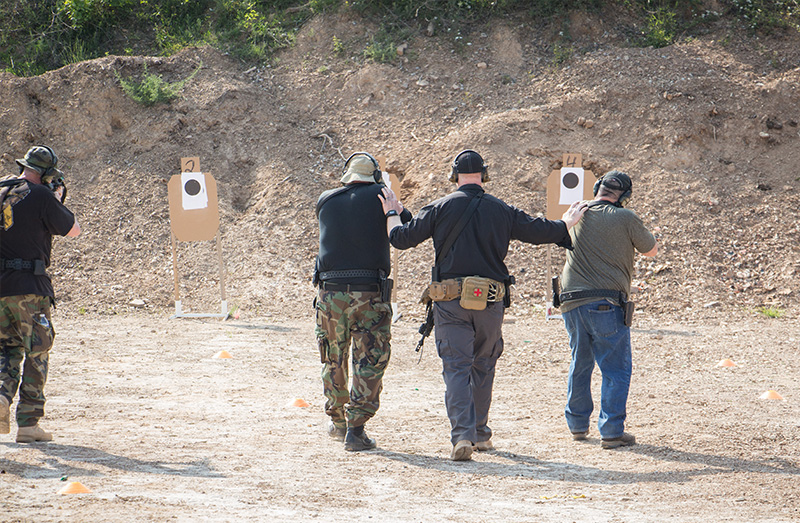 “Not many people have a job they love to do. But I do and these programs helped me do that,” Herb said.

The NRA Outdoors Schools have been a great resource for Herb since that first long range class. It has helped him enhance his skills and build a solid understanding of the tools necessary to be safe while enjoying the shooting sports.

“We do in-service training for police and military all the time, so why shouldn't an instructor do the same thing?” he reasoned.

An advocate of being in control of what you're doing at all times, he understands doing so takes a lot of repetition and practice.

Though he keeps a busy schedule, he manages to find the time on his weekends off for extra classes. The dedicated student and instructor said “not having time” is no excuse.

“If you don't make the time for training, you’ll always make it for something else, which could be more devastating,” he said, explaining how making your personal safety a low priority is unwise. “These classes could save your life one day.”

Herb said there is no greater reward than when a previous student of his expresses their gratitude to him because of their success with his teachings.

Advice from one enthusiast to the next 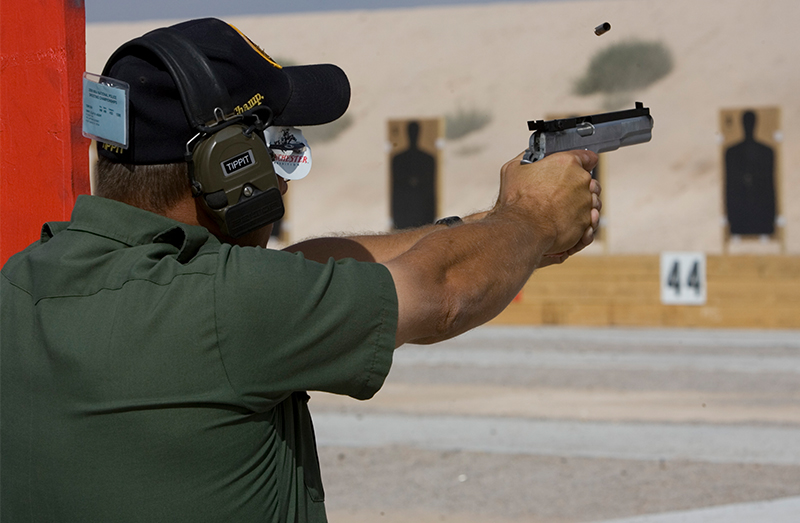 Herb encourages all law enforcement officers and concealed carry permit holders to consider taking any of the NRA Outdoors courses, highlighting the significance of planning and training.

When deciding on which course to take, he emphasizes the defining factor is where the student or future student is personally, what they need from a course, and then what they want to achieve.

“If they are new to firearms and don't have a gun I suggest taking a NRA Basic Safety class,” Herb advised. “Look at the opportunities out there, look at shooting as a competition or as a sport, look at hunting if you're into hunting and then look at what skills you would need to master to excel at that one thing. Just pick something you like and reward yourself with success.”

Learn more about the different courses NRA Outdoors has to offer on their website and enroll in a class today!