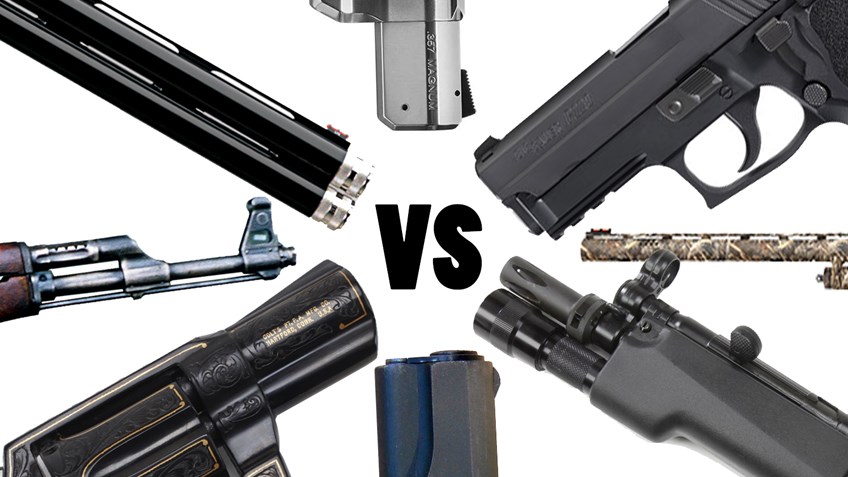 More
SUBSCRIBE
March brings more than the birth of a new spring… it’s tournament time! Sports fans nationwide have filled out brackets and stayed glued to their TVs, phones and tablets watching as much college basketball as possible and hoping their brackets don’t wind up a bust!

While your hoops bracket may have already been thrown in the trash, we’re giving you another chance to pick the winners in a tournament of our own – the 2017 NRA Blog Official Gun Bracket! Our selection committee has narrowed the field of firearms down to 64, including 32 of the most popular modern firearms on one side, and 32 historical classics on the other.

The guns featured include everything from the fabled flintlocks, bolt-action rifles, early repeaters and single-action revolvers of yesteryear to the latest AR-15s, concealed carry pistols, performance shotguns and precision rifles of today.

You don’t have to cross your fingers to hope your favorite gun wins – you get to vote! Our fans will vote on each head-to-head matchup, determining which firearm prevails all the way to championship round, when the top historic gun takes on the top modern firearm to decide the one gun to rule them all in 2017!

THE VERY LAST SET OF GUNS FOR ROUND 1! Help us pick which historic guns get to move on to Round 2!!! 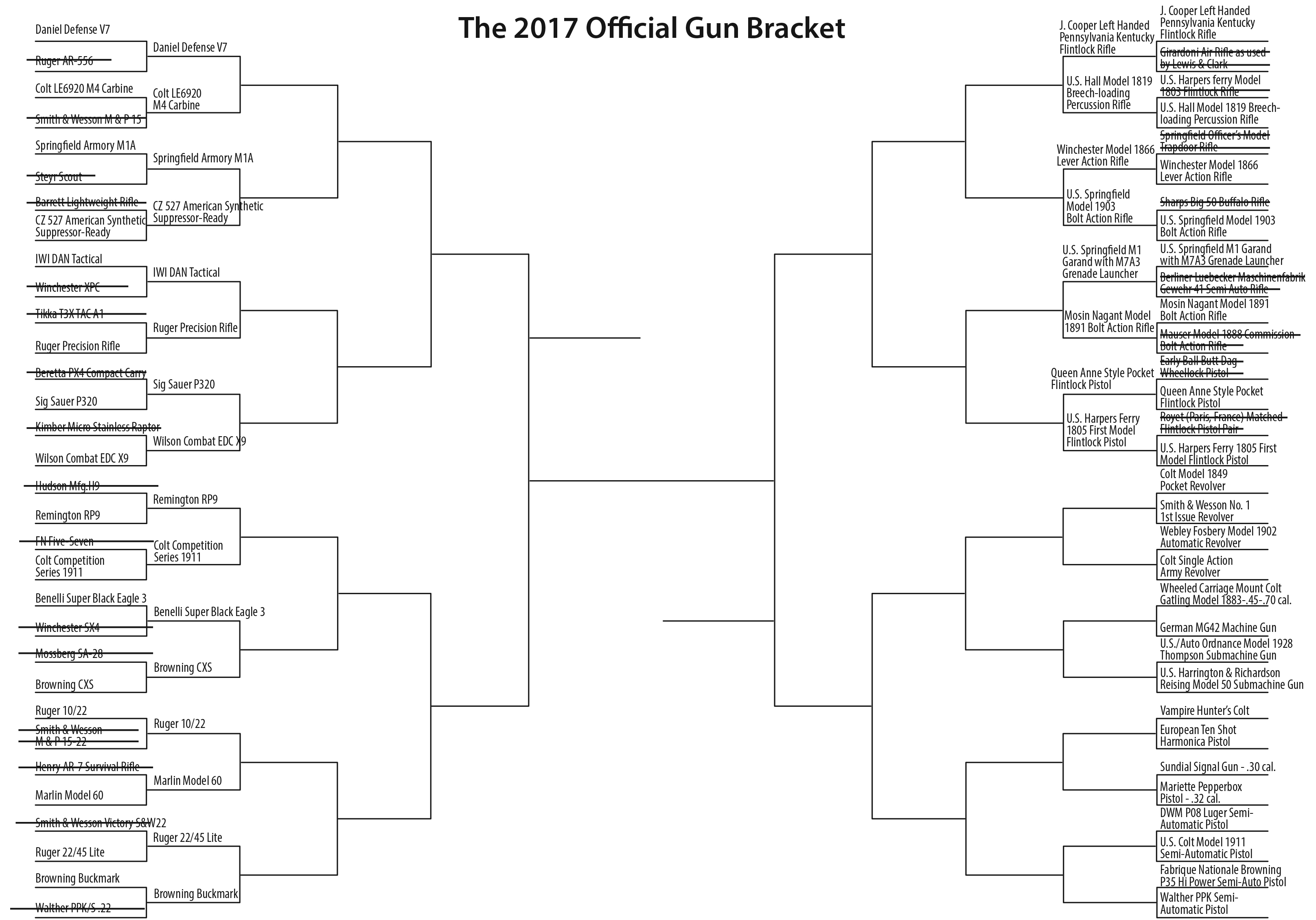