Remembering The Day We Set A World Record 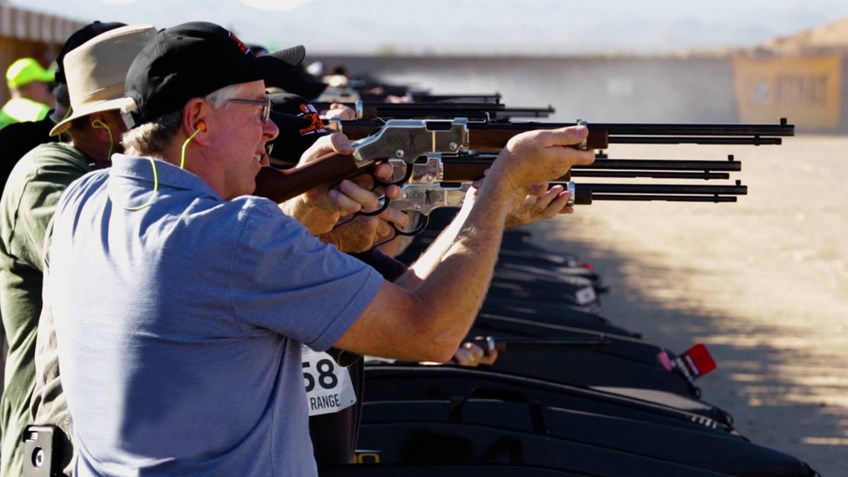 On a hot autumn afternoon in the Arizona desert, 1,000 Americans descended on Ben Avery Shooting Facility outside Phoenix, answering the call to achieve a common goal.

Their mission? To set a world record for the most persons firing rifles simultaneously.

The Henry 1000 Man Shoot Presented by NRA brought freedom-loving gun enthusiasts and their families from across the entire nation together to accomplish this incredible feat, not only setting a world record by firing 1,000 Henry Golden Boy Silver lever-action .22LR rifles at the same time, but showcasing the strength, passion and unity of Americans in the shooting sports.

Coming off a monumental win for the Second Amendment in a historic Presidential election, the atmosphere at the 1000 Man Shoot was one of optimism, excitement and hope – a perfect setting for this breathtaking spectacle.

Henry Repeating Arms has released a documentary that chronicles the amazing event, available now to view free via HenryRifles.com, the Henry Facebook page, or on YouTube.

Attendees can relive the journey toward history, and those who couldn’t make it to Phoenix can experience the magic that made the Henry 1000 Man Shoot Presented by NRA more than just a record, but a family reunion of those who value everything that makes our nation so great.