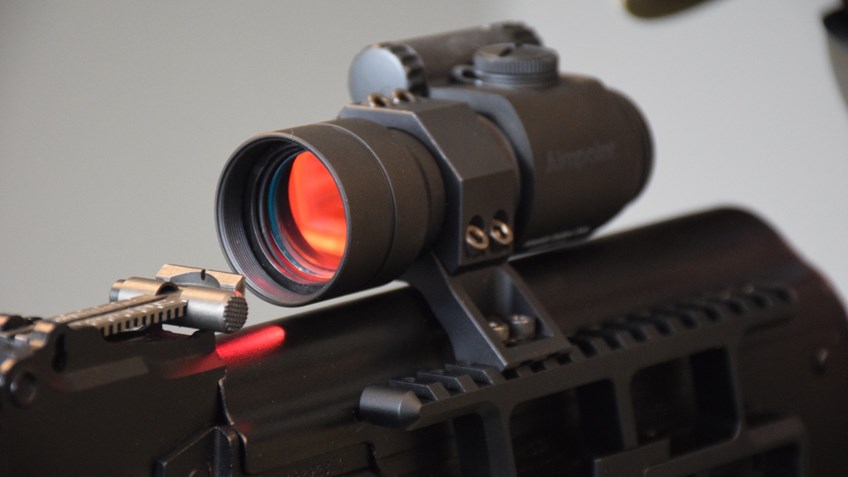 Among the most popular options on the market today are “red dot” sights; usually small, electronic sight systems that generate a dot-shaped reticle – often in red – that serves as the designator for where your rounds should land.

However, “red dot” is used as a blanket term to describe a plethora of sight systems that, generally speaking, produce a similar effect – projecting that (often times) red reticle on your target through the field of view. The truth is these different types of sights work differently, using distinct operating systems to achieve the goal of getting the shooter dialed in. Many sights on the market today fit into one of three types: reflex, prismatic and holographic sights. 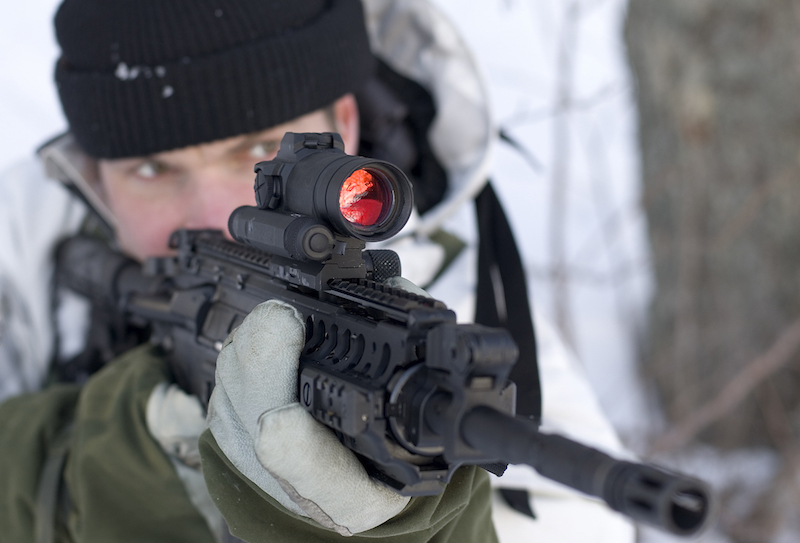 Reflex, short for reflector, sights use a light-emitting diode, or LED, to project an aiming point – the dot – onto a lens that the shooter looks through. This lens acts like a mirror, which causes the image when looking through the sight to appear slightly darker. Generally, there are two kinds of reflex sights; the first being a tube-shaped sight that resembles a short riflescope, featuring a contained beam, and the other being the small – sometimes tiny – sights with an exposed beam.

Some high-end reflex sights, including some Trijicon and Meprolight models, use tritium for electronic projection. Tritium, a radioactive form of hydrogen, can be mixed with phosphor compounds to emit visible, fluorescent light. Other types use fiber optic system to collect ambient light to “power” the reticle. Important to note that regardless of the way the light is generated, these sights do not use lasers to actually project on to the target.

Unlike using iron sights, in which the shooter must align their eye, the rear sight, front sight and target perfectly, reflex sights allow users to look through the sight from different positions not directly in line with the sight tube without affecting the point of aim. These types of sights also make it easier for shooters to focus through the sight without compromising peripheral vision, especially helpful for close-quarters tactics and drills. 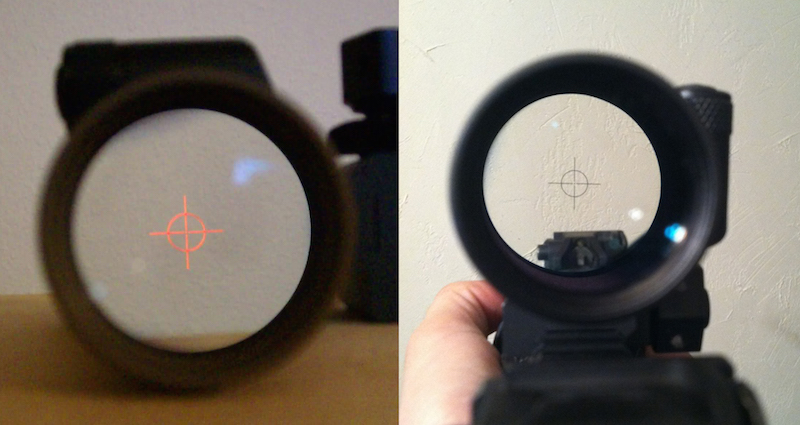 Prismatic sights are more akin to riflescopes, but feature fewer lenses. Rather than projecting a dot reticle using a LED and a reflective lens, prismatic sights use a prism that flips the image, which otherwise would appear upside-down.

In most prismatic sights, the reticle is etched onto the glass, which can also be illuminated. As a result, prism sights can use more sophisticated reticles, including bullet drop indicators and ranging information. Prismatic sights can offer magnification, providing a larger sight picture than a reflex sight.

One of the downsides to using prismatic sights is the shorter, narrower eye relief compared to a reflex sight. Some firearms have mounting systems that use extra long eye relief, typically considered five inches or longer, which may make using a prism sight difficult if not impossible. Additionally, prismatic scopes with magnification also have parallax issues at longer distances much like magnified riflescopes, though the amount of parallax is negligible to most shooters and can be mitigated with good cheek weld and consistent shooting position. 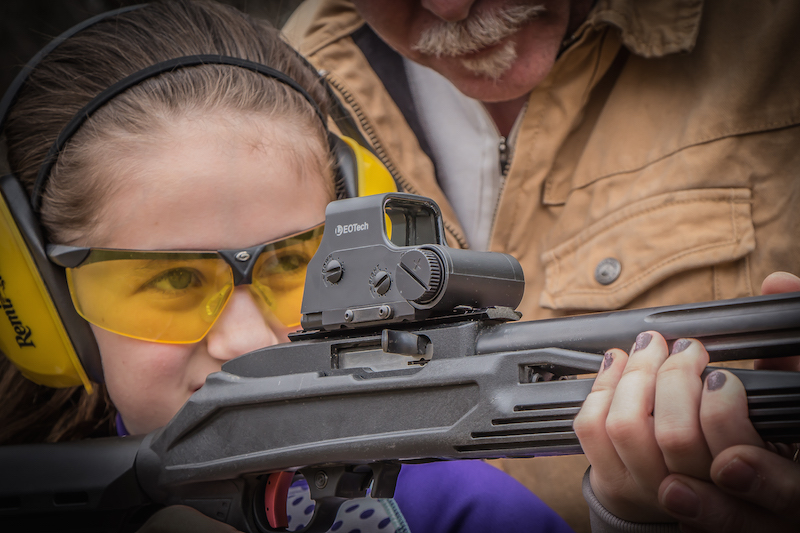 Optics manufacturer EOTech offers holographic sights, also known as holographic diffraction sights. These sights use a laser-transmitted hologram of a reticle recorded in three-dimensional space onto a holographic film, and are non-magnified. Simply put, holographic sights record the light reflected off on object scene, decode the recording and reconstruct the light field in the sight viewing area.

Using a rectangular window as opposed to the common tube-style sight used in most reflex sights, holographic sights offer excellent field of view while maintaining the user’s ability to move their head around without changing the point of aim. The reticles can be two or three-dimensional, appearing in the distance at the target plane when viewed through the window.

Ultimately, finding which option is best for you will be determined by your needs and budget, as options run the gamut from inexpensive red dot reflex sights to high-end, expensive holographic systems. Despite the touted reliability of each of these sight systems, users should consider using a back-up iron sight system in the event the sight’s battery dies or fails, or the system sustains damage during use.
IN THIS ARTICLE
NRA training red dot sights gear Reflector sights Prismatic sights holographic sights
More
SUBSCRIBE