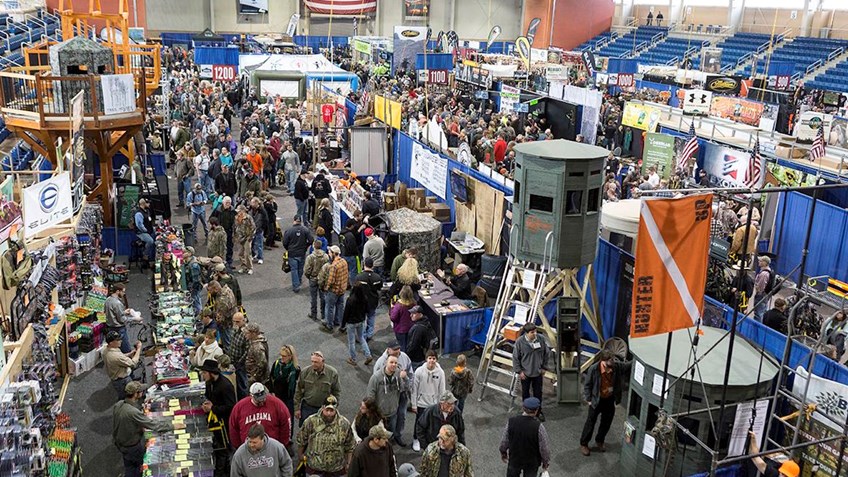 Having recently showcased a special collection of firearms at the annual SHOT Show in Las Vegas, the NRA Museums will once again take its show on the road, this time presenting a special exhibition at the Great American Outdoor Show in Harrisburg, Pennsylvania, scheduled for Feb. 4-12 at the PA Farm Show Complex.

The NRA Museums exhibition will feature a variety of historic and significant firearms, spanning several generations of global firearms manufacturing. Guests to the show can find the exhibition at the NRA Booth #289 in the Shooting Sports Hall. Stop by and see the following treasures: 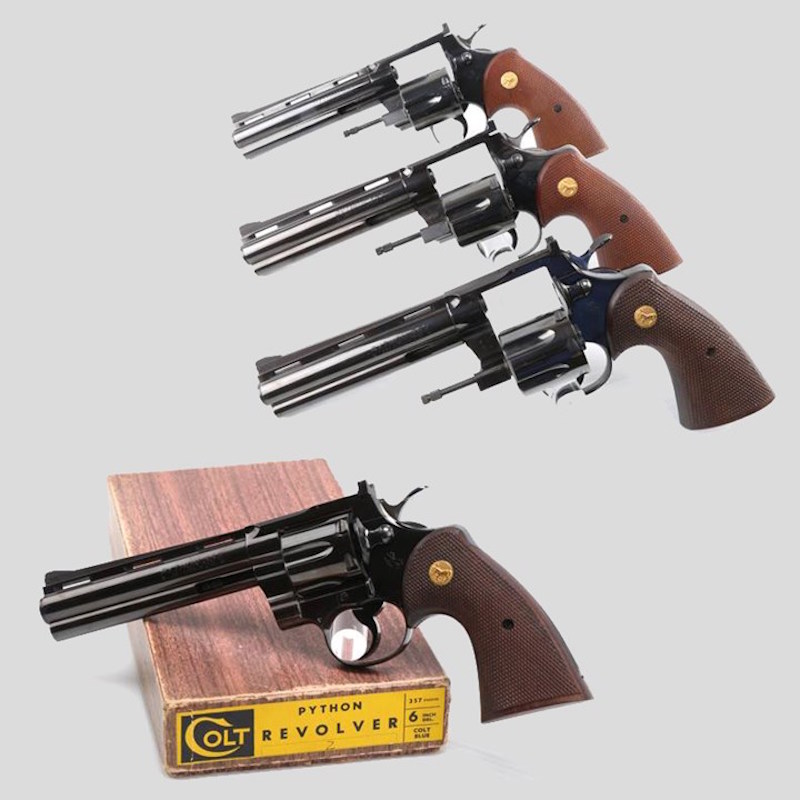 Colt Python Revolvers
Introduced in 1955, the Python is regarded as the finest revolver ever produced by Colt. Featuring adjustable sights, a ventilated rib, and a full-barrel underlug, the gun has an iconic appearance. Chambered for the .357 Magnum cartridge and available in barrel lengths ranging from 2.5-inch to 8-inch, the guns were known for their exceptional accuracy, smooth trigger pull, and overall attention to detail. When standard production ended in 1999 and Custom Shop production ended in 2005, they became highly collectible. This trio of Pythons was likely all made during the same week in 1955, and are reunited here for the first time since leaving the factory. Serial #2 donated by John Ying. Serial #3 donated by Mark Caldwell. Serial #5 loaned by Mark Caldwell. 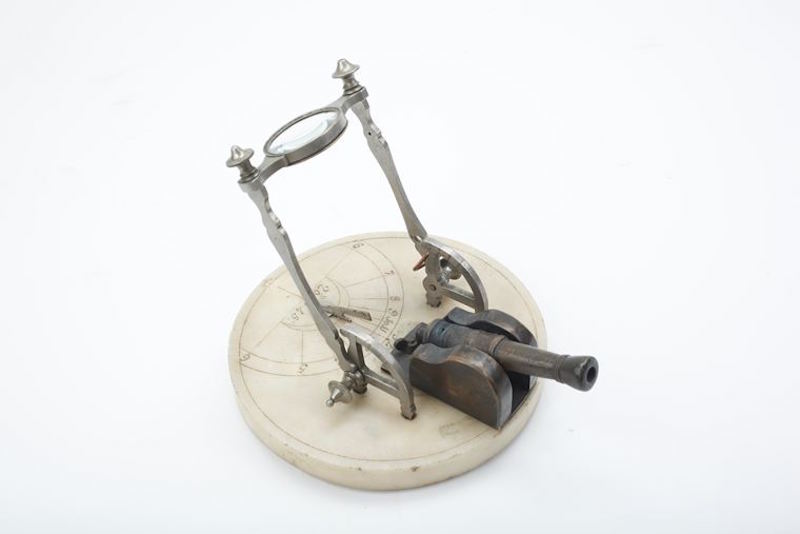 Sundial Alarm Clock Signal Gun
When aligned with the sun, light passes through the magnifier into the exposed touchhole of the miniature cannon. The heat of the magnified light causes the cannon to fire, based on how the user configures the device in relation to time, just like an alarm clock! 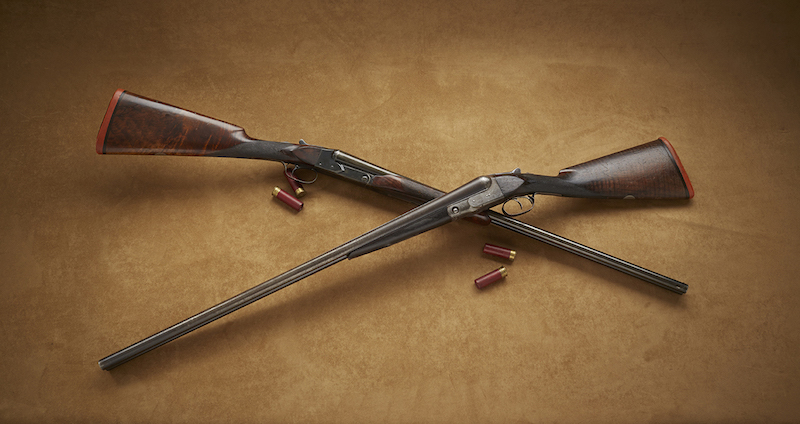 Parker Brothers Sinistral Shotgun
This rare sinistral crossover shotgun is an example of a shotgun made specifically for shooters whose dominant eye and dominant hand are opposites. It was created at the turn of the 20th century by the revered Parker Brothers Gun Company for a shooter with a right-dominant hand and left-dominant vision. One of only two the manufacturer ever made, it is believed to have been for a New Hampshire Supreme Court Justice.

Winchester 21 Sinistral Shotgun
Much like the Parker Brothers example, this sinistral Winchester 16-gauge shotgiun has a modified frame for a shooter who uses the opposites eye and shooting hands. In this case the shotgun was designed to accommodate a right-handed shooter who had lost sight in their right eye, and began using their left eye to shoot. Donated by Dr. Robert M. Boomer. 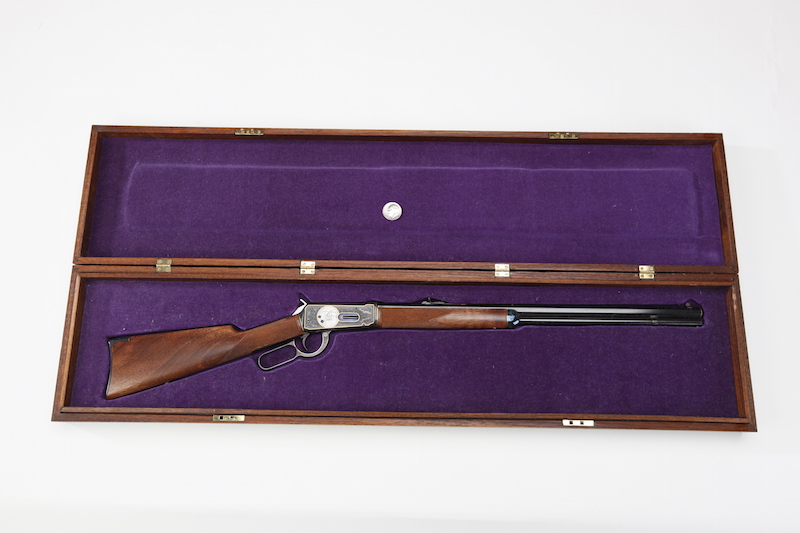 Miniature Cased and Engraved Winchester Model 1894 Rifle
Master engraver Rodger Sampson specially made this miniature Winchester Model 1984 lever-action rifle for the first NRA Gun Collectors Conference. Rodger specializes in engraving miniature firearms and has worked on more than 100 miniatures since 1989. His engraved miniatures have won nearly a dozen NRA Silver Collectors Medals, and he is a Firearms Engravers Guild of America Master Engraver. On loan from the collection of Frank Brownell. 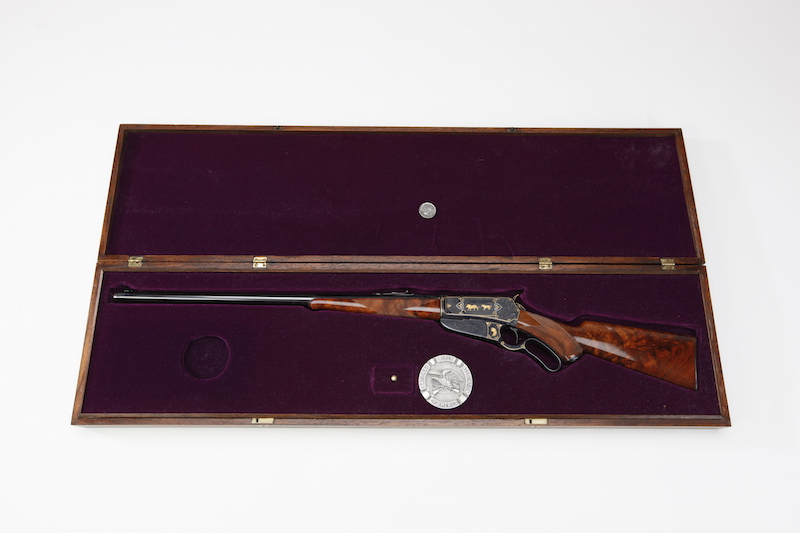 Miniature Cased and Engraved Winchester Model 1985 Rifle
This miniature Winchester Model 1895 lever-action rifle was crafted as a copy of a full-scale engraved gun once owned by President Theodore Roosevelt. On loan from the collection of Frank Brownell.

Can’t make it to the show? Check out the expansive NRA Museums collection online at nramuseum.org, or visit one of the three museums in person!