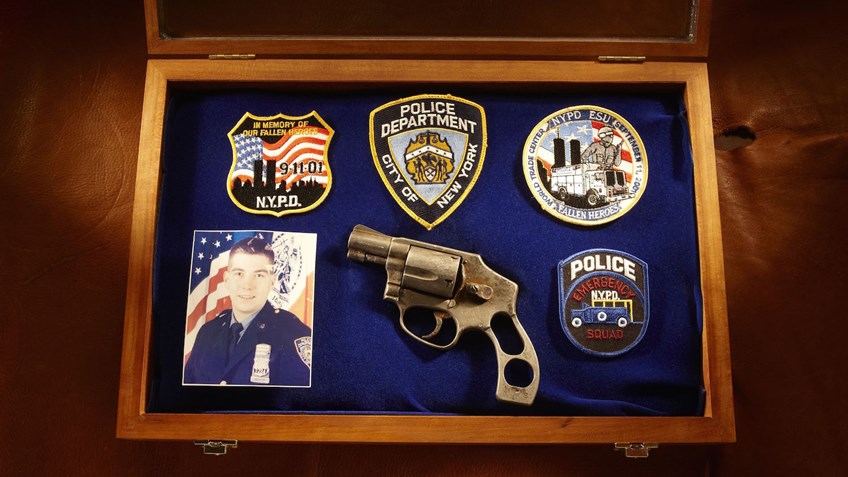 The NRA National Firearms Museum exhibits thousands of guns daily, with these treasures carefully arranged into displays that each reveal specific themes.

Modern law enforcement is well reflected in the museum galleries with an exhibition that covers the time period from the end of frontier law enforcement up to modern agencies responsible for protecting our society on local, state and federal levels. From Texas Rangers to Vermont sheriffs to local northern Virginia officers, this display showcases a variety of police arms, including many historic pieces.

Occasionally, Hollywood takes a police story and weaves a highly embellished tale from it, yet manages to preserve some of the original details. The smash-hit TV show “Miami Vice,” featured on NBC from 1984 to 1989, told the story of undercover Metro-Dade officers waging the war on drugs in the glamorous excess of South Florida. 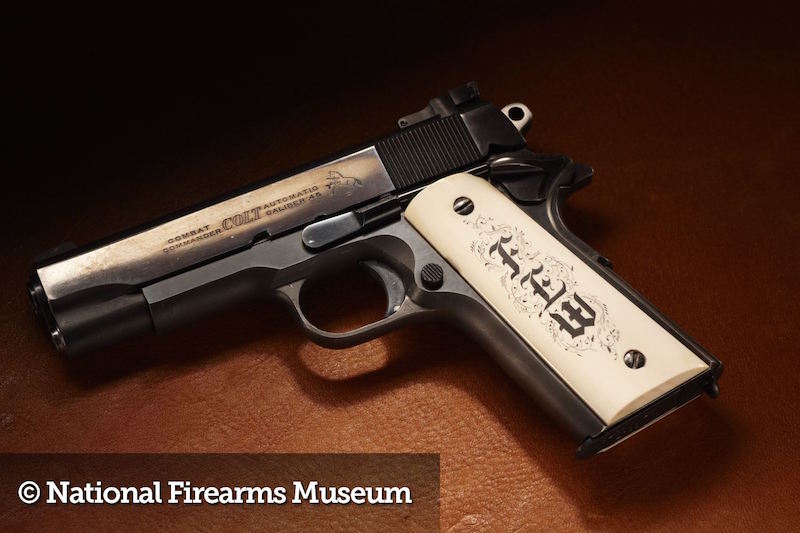 Most of us probably remember the synth-rich music and loud 80’s fashion statements on gratuitous display in the show, but you may not know the series was based on the true-life exploits of a one-man drug crime fighter by the name of Frank E. White, an officer with the Drug Enforcement Administration. While White didn’t pack a Bren Ten pistol like Sonny Crockett, he did carry a customized Colt Commander in .45.

Other Hollywood add-ons like the Ferrari Daytona and Testarossa automobiles aren’t based on White’s actual wheels, though. When White donated his retired agent’s badge and scrimshawed ivory-gripped Colt Commander in 2003 to the museum, he included an amazing book full of reports of his forays against “cocaine cowboys,” including the infamous Miranda brothers. 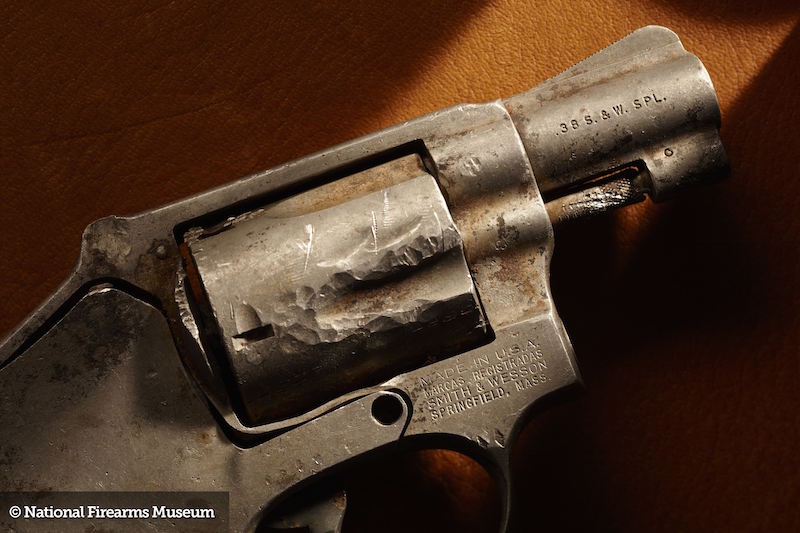 This exhibit tells also the story of true American heroes that put their lives on the line daily to protect fellow Americans. New York City officer Walter Weaver’s Smith & Wesson revolver, recovered from the rubble at Ground Zero after the terrorist attacks of Sept. 11, 2001, or Fairfax County Master Police Officer Michael Gabarino’s Sig P226 pistol provide mute testimony of their sacrifices in the line of duty. Both officers were NRA members, and their families chose to have these honored sidearms donated to the National Firearms Museum so that others could see and learn first-hand the powerful stories of their commitment, bravery and courage.

As visitors look over the exhibit, one unique feature can be seen in association with certain pieces. The badge of the officer who carried a specific pistol or revolver is placed adjacent, ranging from U.S. Border Patrol badges, to California badges, to badges from Ohio State Troopers or Texas Rangers. From Beretta 9mm semi-automatics to well-worn six-guns that traveled countless miles in the duty holsters of “beat” cops, the museum display showcases the progression of police handguns into modern times. 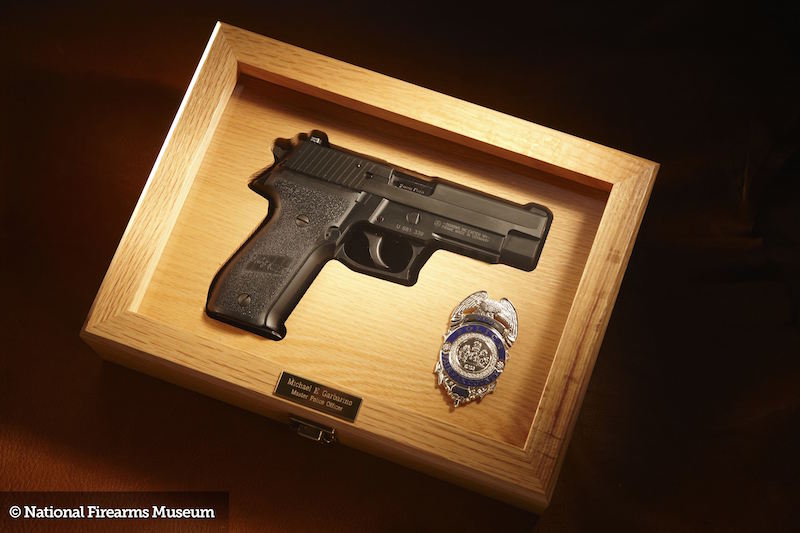 A battered District of Columbia Glock 17 pistol, as well as a Colt carried by a San Diego reserve officer illustrates the broad representation of law enforcement agencies across the country. Behind each of these arms resides a story, and like many other pieces in the National Firearms Museum collection, these historic treasures can be seen daily in the museum galleries at NRA Headquarters in Fairfax, Virginia.