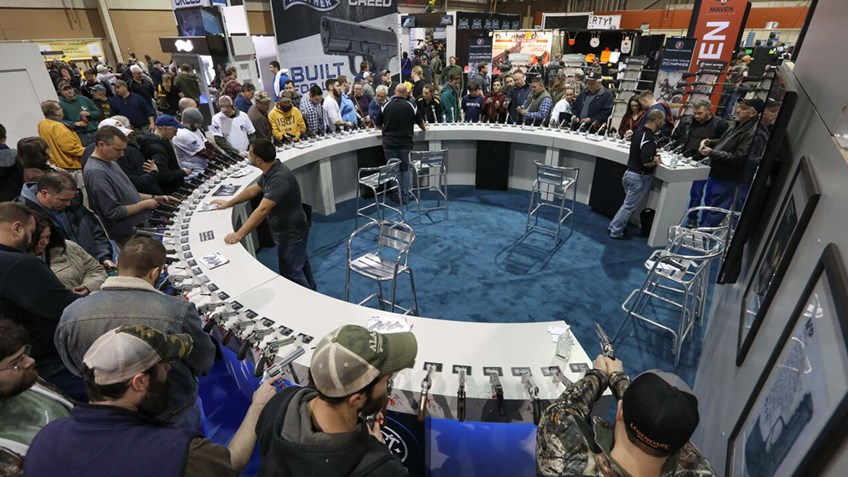 Editor's note: This article was republished with permission from OutdoorHub.

2016 was quite the year, punctuated with what might be the most memorable Presidential race and result in history. In the shooting industry, all sorts of neat stuff went down, ranging from new products and trends to epic gatherings. Let’s take a walk down memory lane and review just a few of the hundreds of news-making products and events.

Optics on pistols aren’t a new thing, but 2016 marked a big mainstream shift in that category.

Glock released its MOS (Modular Optic System) Model 17 and 19. The MOS guns feature factory-cut slides designed to accept one of four included optic mounting plates. The idea is that you fasten the right plate to the slide and that provides a compatible mount for a wide variety of pistol optics, such as Trijicon’s RMR, Leupold’s Deltapoint, C-More, Burris’ FastFire and others. Yes, in 2015 Glock launched the G40 MOS chambered in 10mm, but that was presented as a hunting pistol. The addition of MOS models in the popular 17 and 19 models brought optics into the defensive and carry market segments in a big way.

Springfield Armory followed suit with its XD(M) OSP (Optical Service Pistol) line (below). Making the process of mounting an optic seamless, the company offers a model with a Vortex Venom red dot optic pre-mounted. If you prefer to go your own way, you can buy the XD(M) OSP without the Venom. That model has three mounting plates that allow attachment of popular red dot pistol sights. 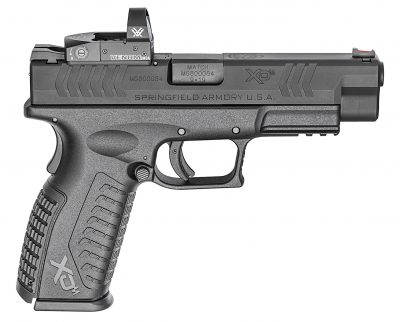 And don’t forget the Sig Sauer P320 RX. This full-size modular pistol also includes an optic ready-to-use out of the box. As you might guess, it sports the Romeo1 red dot optic, also made by Sig Sauer. A three-MOA dot and huge viewing window make it fast and easy for competitive, plinking, and defensive use. 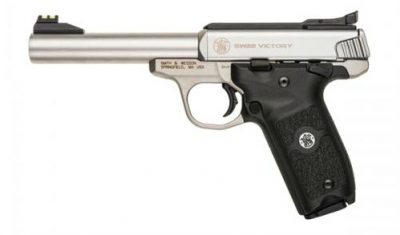 Showing that there’s always room for a new pistol if done right, Smith & Wesson introduced one of the niftiest rimfire handguns on the market – The Victory (above). It’s a tack driver when it comes to accuracy, and it feeds most every ammo type I’ve tried flawlessly. What really makes it unique, however, is the modularity. You can replace the fiber-optic rear sight with a rail for optic use. With one Allen screw removal, you can field strip the gun for easy cleaning. One more Allen screw removal allows you to completely swap the barrel with an aftermarket model. Check out the cool gear from Volquartsen Custom to imagine what your Victory can be through upgrades. Oh, and you don’t need aftermarket parts to suppress the Victory – Smith & Wesson offers a threaded barrel version, too.

Speaking of silence, 2016 was also a good year for ready-to-go suppressor pistols. My favorite silencer platform this year was the Sig Sauer P225 A-1 (above). While the standard model makes a great single-stack 9mm carry gun, you can order one with a threaded barrel and suppressor-height sights. The medium size provides perfect size and balance when used with a 9mm suppressor.

Also in the threaded pistol category were new guns from Smith & Wesson and Springfield Armory. While there are aftermarket barrels for many popular pistols, you can buy these ready to go. The Smith & Wesson M&P 45 Threaded Kit comes with both standard and threaded barrels. Springfield Armory offers the full-size XD(M) in 9mm and .45 ACP threaded models. These come complete with suppressor sights.

While the exact introduction date was a little squishy between 2015 and 2016, the new Honor Guard concealed carry pistols from Honor Defense show that there’s always room for another new gun.

Guess who entered the AR-15 marketing in a dramatic way? Legendary gunmaker Springfield Armory! Historically known for its focus on the M1A and related platforms, the company decided to supplement its broad line of personal defense pistols with a personal defense rifle. Named the SAINT, the new rifle (below) includes lots of premium upgrades at a price point sure to sell.

Another big value in the hunting category came from Thomson Center. The new Compass rifles feature an MSRP of just $399, but they will shoot. After firing over 750 rounds of .204 Ruger through one in just two days, I’m confident of their minute-of-angle guarantee.

Long-range shooting was one of the big momentum moves in 2016, and Masterpiece Arms capitalized on the growing PRS Series by introducing a production class tack driver – the MPA BA Lite PCR rifle (below). I’ve been using one in 6.5 Creedmoor, and it’s not only a work of art, but it’ll also shoot dime-size groups all day long.

The folks at Sig Sauer Ammunition remained busy in 2016. Seemingly adding a new caliber option to the lineup every couple of weeks, the company announced plans to build a big new factory in Jacksonville, Arkansas. Just a couple of the new loads for 2016 were the .300 Blackout  HT Hunting round, .300 Win. Mag., and .223 Match Grade 77-grain loads. By now, you’ll see Sig ammo in dozens of rifle and handgun calibers, whether Sig Sauer makes a compatible gun or not. 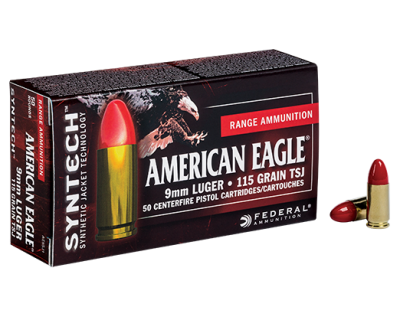 The folks at American Eagle have been busy as well, expanding their Suppressor line of ammo and introducing the new American Eagle Syntech ammo. The suppressor loads for .45 ACP, 9mm, and .22LR feature low-mess powders and are formulated to ensure reliable semi-automatic operation when a silencer is attached. It goes without saying that the loads are also blended for subsonic operation. The Syntech offers bullets without traditional copper jackets, instead covering the core with a bright red synthetic material. The benefits are reduced splash-back when shooting steel, cleaner operation (no more copper fouling!), and cooler temperatures.

There are simply way too many handy accessories that hit the market in 2016 to list here. That said, I’ll include some of my favorites.

The Crimson Trace LinQ system brings reliable wireless technology to weapon light and laser operation. Designed for AR-15 rifles, the system allows the shooter to control operation of a rail-mounted light and laser from the pistol grip with no wires to snag on your gear. 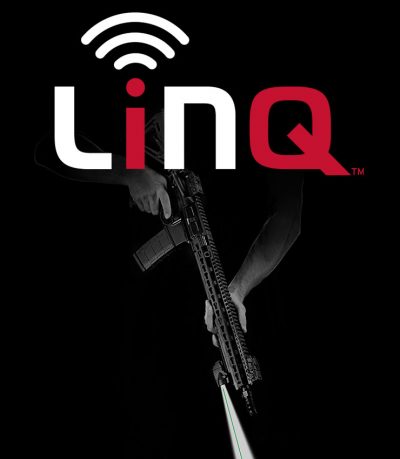 In the “most innovative use of materials” category, check out Brigand Arms. The company “weaves” hand guards from carbon fiber “yarn” before hardening the pattern into a rock-solid component. The result is a hand guard that offers more airflow and cooling than ever before possible.

LaserMax introduced the Manta Ray. This rail light (below) is contained in a rubber body, so you just snap it onto any rail surface. An internal pressure switch controls activation. The innovative mounting system allows you to pop it off for use as a hand-held light. 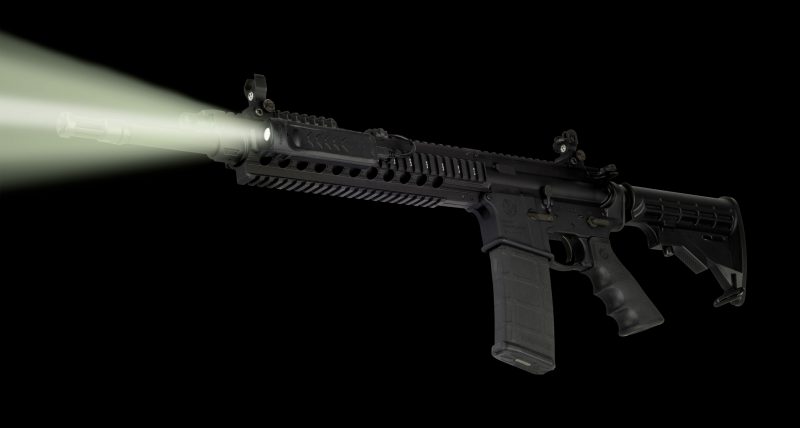 Hoppe’s Gun Medic isn’t designed for detailed cleaning. Its purpose is to get your gun running while in the field or at the range. It’s kind of like a combination of degreaser and de-gunker and lubricant. Spray it all over the offending parts to perform a quick field cleaning. The carrier chemical evaporates, leaving a dry lubricant in place. It works like a champ.

The other big event of 2016 was the National Rifle Association Annual Meeting. While business is conducted at the event, it’s also one of the biggest shooting industry exhibits anywhere. This past year, 80,000 freedom-loving American’s descended on Louisville, Kentucky, to learn, mingle, and see the latest gear from hundreds of manufacturers. 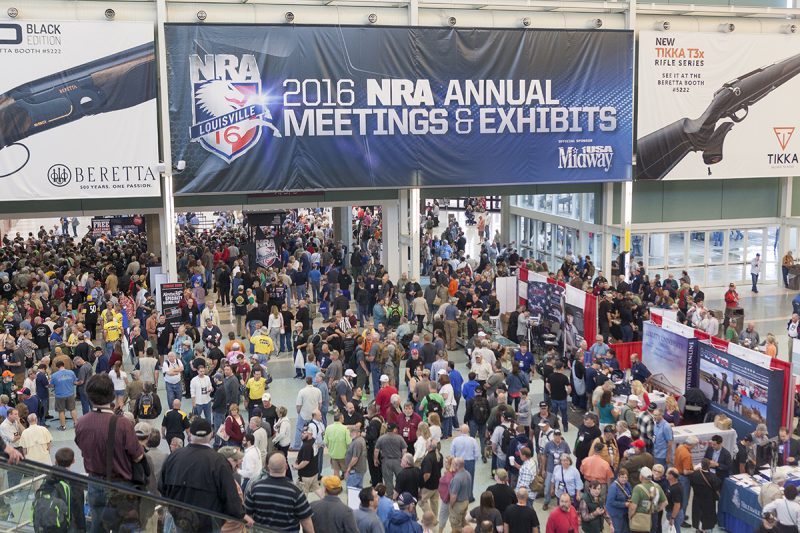 Ever wondered what 1,000 rifles sound like when fired at the exact same instant? On Nov. 14, 2016, at the Ben Avery Shooting Facility in Phoenix, Arizona, patriots from across the country did exactly that. The historic event, conceived by Henry Repeating Arms President Anthony Imperato and sponsored by the National Rifle Association, brought 1,000 shooters together who lined up and fired 1,000 special-edition Henry rifles. The event marked a world record, but more importantly sent a loud and clear message that Americans value their Second Amendment rights as the cornerstone of a free society.

And as I stated at the beginning of this article, there was also a national election. NRA came out early and endorsed candidate Donald Trump who took the presidency, and gun-friendly candidates won at all levels. While things are looking good for 2017, we know that enemies of the Second Amendment aren’t going anywhere. Now is not the time to get complacent about this lifestyle. Let’s make sure we are still as determined as ever to protect and defend our freedom.