From The Mountains, Rural Teams Climb To The Top 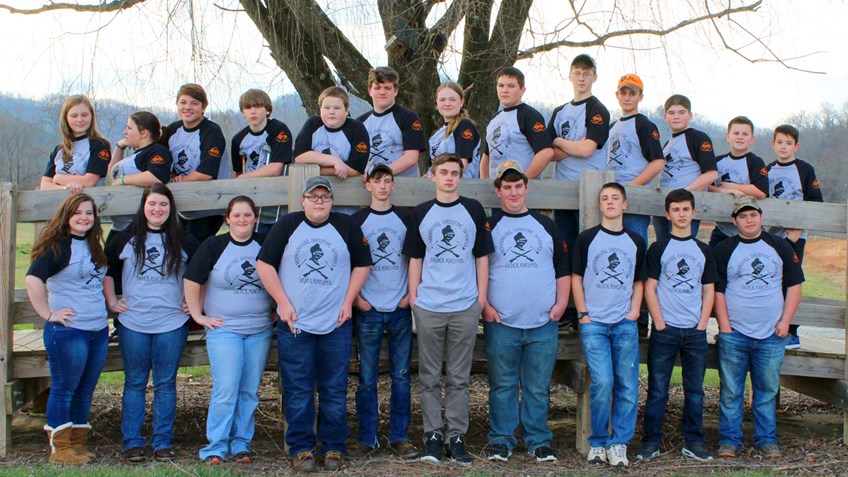 In a rural landscape of fertile valleys, rising peaks, protected forests and dammed lakes, Graham County, N.C., sits at the border of Tennessee and the edge of the Great Smoky Mountains. Despite being one of the state’s least populous counties, it is home to two shooting sports programs creating valuable opportunities for local youth.

Graham County 4-H Shooting Sports has grown by leaps and bounds in the last five years. With the support of NRA Foundation grants, enrollment has risen from just a handful of participants to 36 kids enrolled in the current year.

The program allows local youth to compete in a variety of events, including air rifle, air pistol, .22LR pistol, muzzleloader, trap, sporter and match divisions of .22LR rifle, compound bow and recurve bow. In 2016, 17 of the then 32 members competed at the district competition. Fifteen went on to compete at the 4-H State competition, where four members—Grady Garland, Justin Lynn, Garrett Holder and Drey Keener—received individual awards. 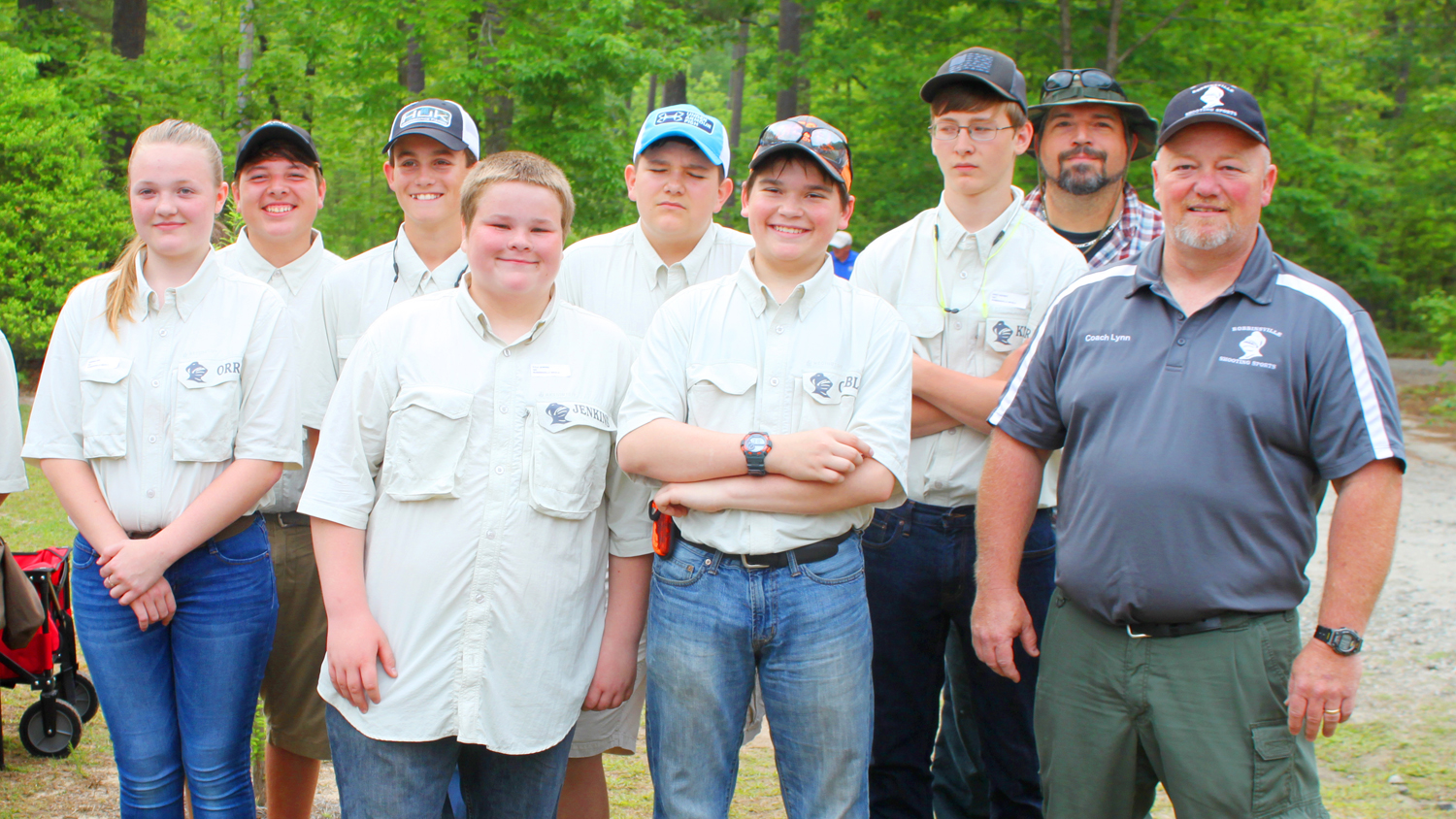 Since 2014, The NRA Foundation has awarded Graham County 4-H more than $9,500 in grants, including nearly $3,700 this year. The grants have empowered the team to grow rapidly by providing funds for safety equipment, sporting clays, targets, guns and ammo.

Robbinsville Shooting Sports is also bringing firearms education and training to the area’s youth. The program is run by the local middle and high schools in conjunction with the North Carolina Wildlife Hunter Education Program. All students must complete the North Carolina Hunter Safety class to join the team, which has been led by head Coach Andy Lynn—an certified NRA Pistol Instructor, Range Safety Officer, and instructor for Personal Protection Inside the Home and Outside the Home—for the past three years. Students in sixth through twelfth grade can participate in trap, .22LR rifle, compound bow, and hunter skills, which entails land navigation with a compass and a written test on the Today’s Hunter book.

Robbinsville Middle School is small in comparison to others in the state, and the shooting sports team roster of 20-30 students often makes up more than 10% of the school enrollment. Nonetheless, the team is holding its own. In 2015 it made its first ever trip to the State Hunter Education competition, an accomplishment in itself for the rural school to face off against schools of all sizes. In 2016 the Robbinsville Middle School team once again participated in the State Hunter Education competition, this time bringing home a team Third Overall for its cumulative score in the four events.

The team suffered a setback in 2017 with the loss of its practice range, but the program still enjoyed a successful season. Although the high school team missed an invitation to the state competition by a mere 14 out of 4,000 points, the middle school team again received an invitation. At the 40th annual North Carolina Wildlife Hunter Education State Tournament on April 29, 2017, team member BJ Collins took home three individual junior trophies: Second Overall, Second Hunter Skills and Third Rifle. With a new range in development and scheduled to be ready for practice by the beginning of next season, 2018 will hopefully bolster the program’s winning trend. 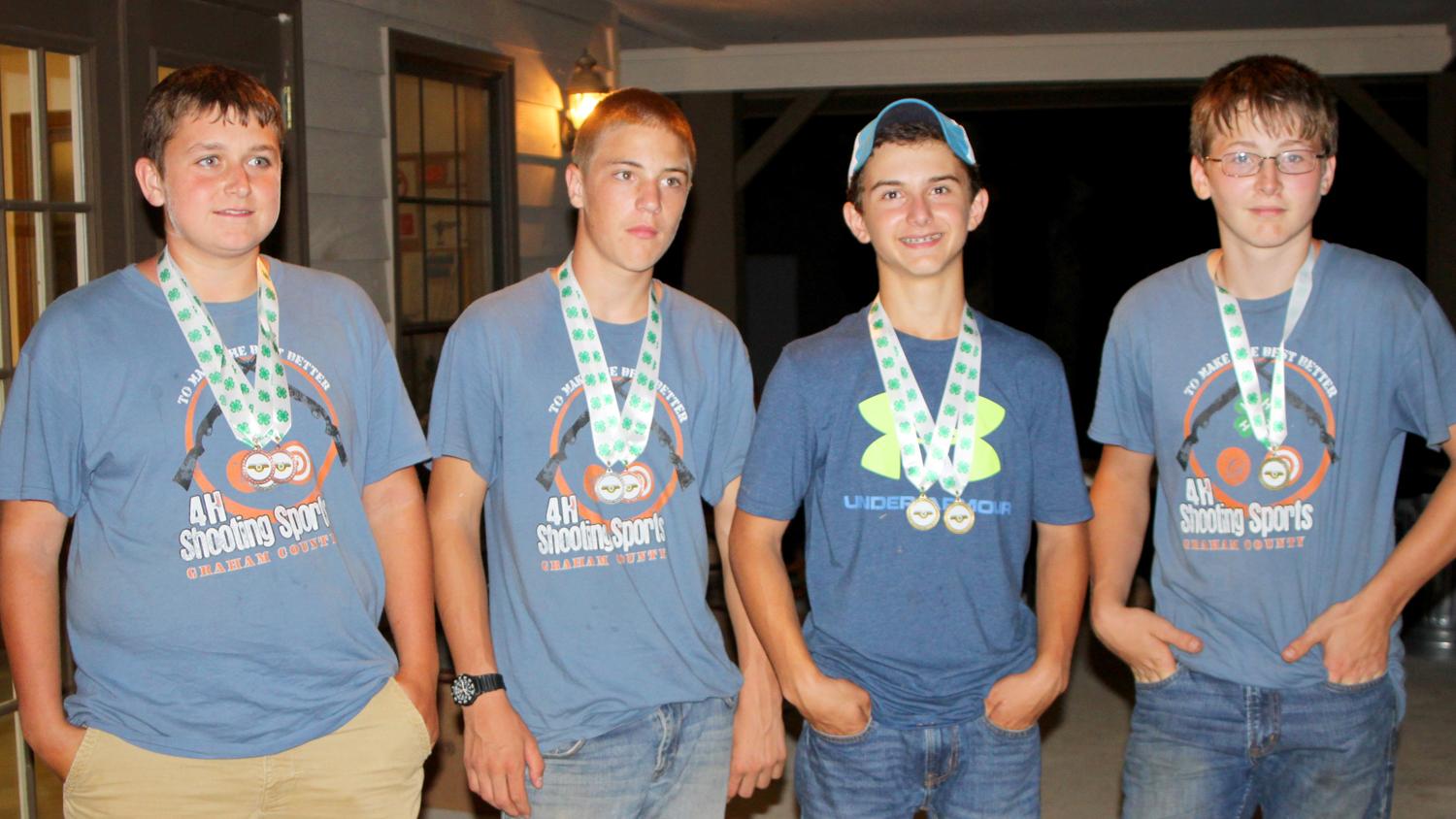 Robbinsville Shooting Sports’ team also participate in several smaller competitions in the area that culminate at the district competition held a Polk County Gun Club in Columbus, N.C. At the 2016 Polk County District shooting competition, the Robbinsville High School and Middle School teams both placed first in Trap and third Overall, with one middle school student outshooting five other competitors to win first place in individual trap and several other students finishing in the top 10 overall.

Robbinsville Shooting Sports functions solely on donations, with students helping to fundraise and The NRA Foundation playing a large part in funding the program’s activities. Since 2009, The NRA Foundation has awarded five grants totaling nearly $40,000 to the program. The grants, including nearly $10,000 in 2017, have provided skeet throwers, safety equipment, guns, ammo and sporting clays. Because of the generosity of The NRA Foundation's Western North Carolina Friends of NRA State Fund Committee and other donors, students are able to participate on the team at no charge.

Programs like Graham County 4-H and Robbinsville Shooting Sports provide youth with a positive environment to develop an understanding of firearms safety while gaining self-confidence and engaging with a community of their peers. By making these programs accessible and affordable for these young shooters, Friends of NRA and The NRA Foundation invest in the next generation of Second Amendment supporters and protectors of America’s firearms freedoms and traditions.

Click here to apply for a grant for your educational shooting sports program and support programs like these in your area by attending a Friends of NRA event! Go to friendsofnra.org/Events to find one near you.