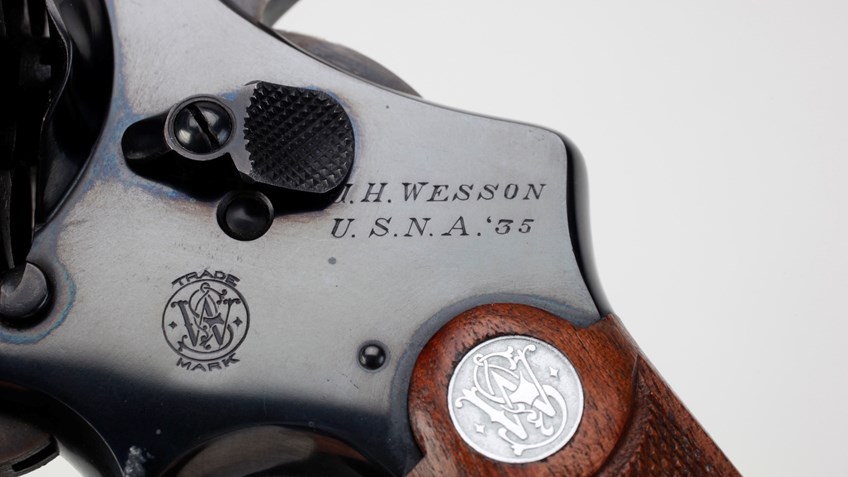 In celebration of the U.S. Navy's 242nd birthday on Oct. 13, NRA Museums Senior Curator Doug Wicklund tells the story of a revolver presented to a newly graduated Midshipman from the U.S Naval Academy in Annapolis, Maryland, who was part of one of the firearms industry's most prolific families. Happy birthday, Navy!

The year 1935 was a very good one for the U.S. Naval Academy, or at least for its lacrosse team. The Midshipmen had come to a hard-won 4-3 season, with triumphs over Harvard and Yale. Most importantly, they beat their biggest rival, Army.

Graduating that year was a star standout of the lacrosse team: soon-to-be Ensign Joseph Hawes Wesson, the grandson of Daniel B. Wesson, co-founder of Smith & Wesson. It was only natural that Joseph would receive a present from the family as he entered the Navy as a commissioned officer, no longer an officer-in-training. It might also be considered natural that the family would want to give Joseph a special present that would resonate with familial pride. 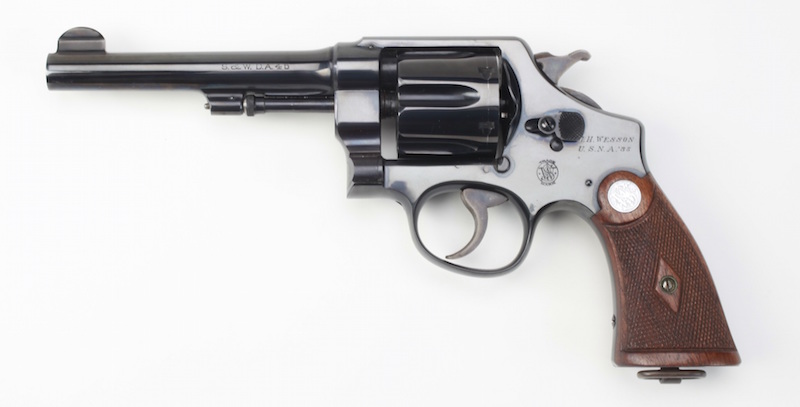 Their gift to the young ensign was a .45-caliber Smith & Wesson revolver, a finely blued Model 1917 that bore Wesson’s name and class year inscribed on one side of the frame, while on the other side was engraved a detailed rendering of the U.S. Naval Academy seal. In military configuration, this double-action revolver was also fitted with a lanyard ring. No doubt the young Wesson was possibly initially bemused by this feature, but may have soon realized that a lanyard ring might keep this handgun from departing his possession on a plunging vessel in stormy weather.

This model had been widely distributed to American forces during the World War I, and some preferred it to the semi-automatic Model 1911, even if the Smith & Wesson had less capacity.  When this revolver was donated to the NRA National Firearms Museum, it was noted by a family member that as a lieutenant commander, Wesson had supposedly fired this revolver off the fantail at flying fish. Target practice afloat is where you can find it! 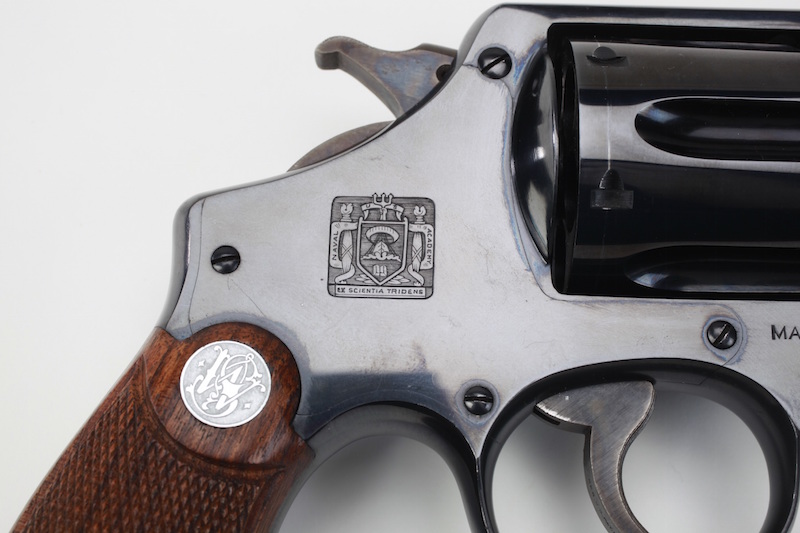 Wesson began his Navy career on destroyers, and was to serve on three in succession. His first was the USS Cotten (DD-669), a Fletcher-class destroyer that reached Pearl Harbor on Oct. 31, 1943.  His second command was the USS Hickox (DD-673) in the southern Pacific near the Philippines, helping liberate that occupied territory. In this Fletcher-class vessel, Wesson earned the first of his two Silver Stars, commanding a crew responsible for knocking down several enemy aircraft and rescuing the men of 18 American aircraft adrift in enemy waters.

His third command was the USS Lofberg (DD-759), a Sumner-class destroyer that debuted late in World War II, being commissioned on April 26, 1945. Wesson was to establish a regular “run” with his destroyer from Shanghai to Okinawa, transferring troops from the mainland and later assisting in other occupation duties in Japan. 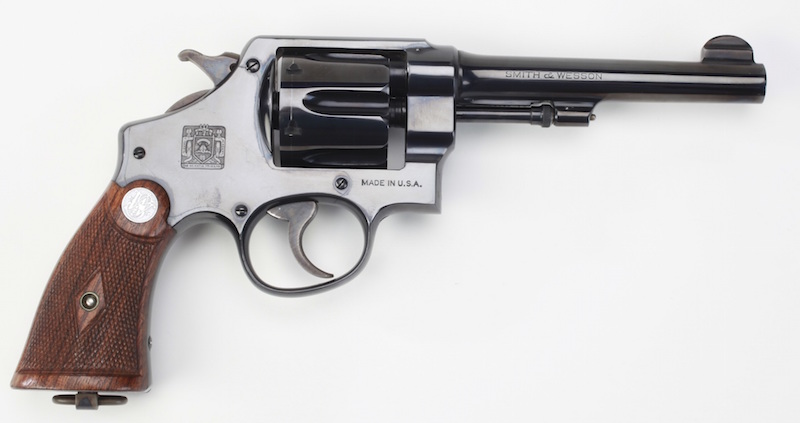 Postwar, after attending the National War College, Commander Wesson was to then serve as Assistant Chief of Staff (CNIC) for the Caribbean, for which he received the Legion of Merit.  In 2001, the 88-year-old Wesson, who retired from the U.S. Navy as a captain, passed away and was interred in the family plot in Massachusetts. His historical handgun now resides in the NRA National Firearm Museum’s World War II gallery and can be viewed daily.

Wesson’s congratulatory revolver is just one of an incredible collection of military firearms in the NRA Museums collection. To see it and thousands of other historic, significant and unique firearms and relics, visit the NRA National Firearms Museum in person or online.