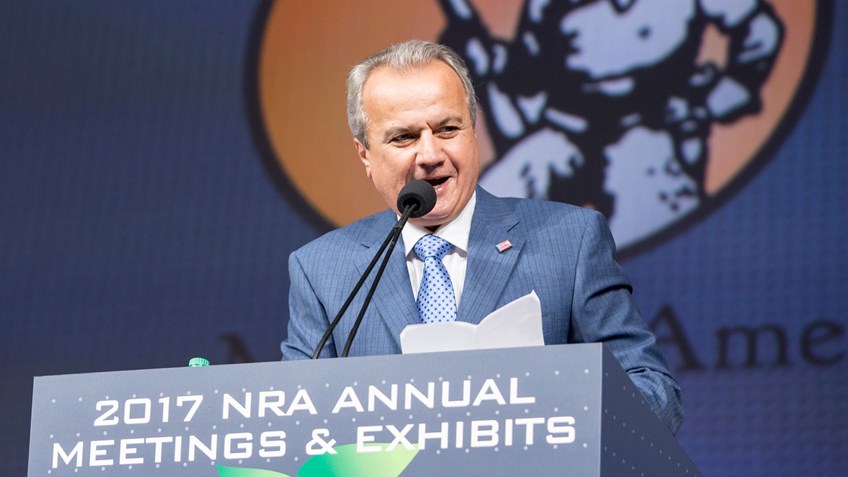 Made in America, or Not Made At All.

The Henry Repeating Arms motto proclaims the company’s dedication to American production, and it also represents a much deeper passion for ensuring the future of American firearms traditions and freedoms.

Started in Brooklyn in 1996 by Louis Imperato and his son Anthony, Henry Repeating Arms has become the leading lever action manufacturer and one of the most productive firearms companies in the U.S. Anthony Imperato now continues his family’s more than 100-year history in the gun business as the owner and President of Henry Repeating Arms. Between the headquarters established in Bayonne, N.J., in 2008 and a second manufacturing facility in Rice Lake, Wis., it produces more than 300,000 rifles annually. Many of the models in that lineup are incorporated into the Friends of NRA fundraising program, including the signature Golden Boy and Big Boy lever action rifles along with the Henry US Survival AR-7 semi-automatic takedown .22LR and the newly introduced Henry Lever Action 410 gauge shotgun.

Having started working in the family’s gun shop—the country’s oldest, still open in downtown Manhattan—in 1978, Imperato has 39 years in the gun business. Growing up in the firearms industry and as part of a family-owned business has helped shape him and shaped the company he runs today. “Working behind the retail counter at our family-owned gun shop laid the foundation for our reputation for providing exceptional customer service at Henry Repeating Arms,” he says. “Earning respect is what motivates me, and it’s earned by keeping our consumers, dealers, distributors, employees, vendors and industry partners happy.”
The company’s reputation for engaging and enthusiastic support carries over into its 20-year relationship with Friends of NRA and The NRA Foundation.
Despite its size, Henry Repeating Arms maintains a distinct sense of family. The family-owned and operated business views its 400 employees and thousands of customers as family members and a key part of its success. That philosophy is reinforced by the company’s award-winning customer service and the accessibility of its owner and President to the public, along with a lifetime guarantee on all Henry firearms.

The company’s reputation for engaging and enthusiastic support carries over into its 20-year relationship with Friends of NRA and The NRA Foundation. When Imperato and his father started Henry Repeating Arms in 1996, Friends of NRA reached out to bring them into the Vendor Direct merchandise program that supplies much of the product used for fundraising at its events nationwide. Attendees value the “Made in America” label and Henry’s rifles offered that in a historical firearms package.

At the NRA Board of Directors Meeting at the 2017 NRA Annual Meetings in Atlanta, Ga., NRA Past President Allan Cors and NRA President Pete Brownell presented Imperato with an award for Distinguished Philanthropic Leadership, recognizing the contributions Henry Repeating Arms has made to the fight to protect and promote the Second Amendment. In addition to donating the 1,000 Golden Boy Silver rifles fired simultaneously at the world record-breaking 1000 Man Shoot in November 2016—some of which were then donated to Friends of NRA's fundraising efforts—Henry Repeating Arms is also an annual sponsor of NRA Gun Gurus TV and supporting sponsor of NRA All Access.

The relationship between The NRA Foundation, its Friends of NRA program and Henry Repeating Arms looks to have only more good things ahead, including another National Corporate Sponsorship in 2018. “It’s been a great partnership since day one, and that is an understatement,” Imperato remarks. “It is a significant part of our overall support of the NRA and the Second Amendment, and I look forward to the future. We understand each other, and we have similar goals—like protecting our Second Amendment rights, promoting youth shooting sports, and firearms safety amongst many others.”

We want to thank Henry Repeating Arms and its staff for all the support they provide The NRA Foundation as an American company providing an American product for use at our national and local events. Their commitment to The NRA Foundation, the National Rifle Association, and Second Amendment supporters across our great nation helps us continue our mission to Teach Freedom.