The Head-Turning Innovation Behind The KRISS Vector 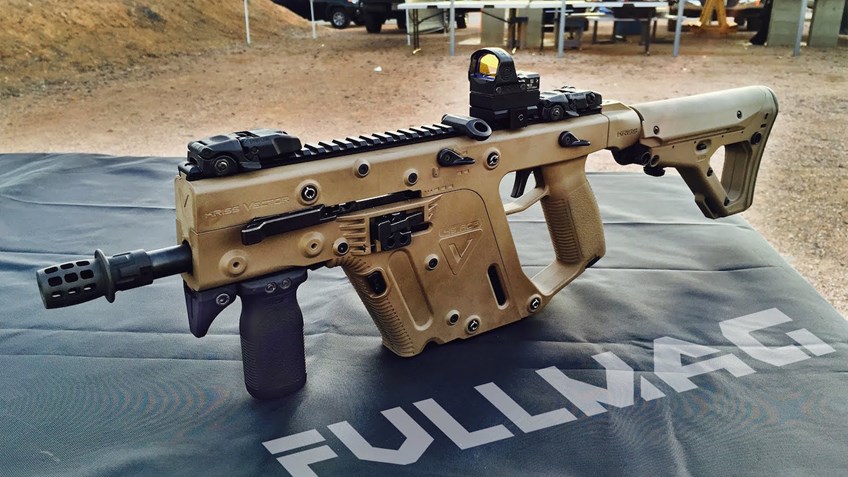 Firearms come in all shapes and sizes, from miniature compact pistols and revolvers to gigantic long rifles with barrels spanning several feet. While a multitude of variations in actions exist, a majority of firearms fit neatly into a few categories, generally sharing common design elements and engineering at the heart of the gun.

If you’ve seen a KRISS Vector, however, you’ll know that this gun is definitely something unique – and the changes are way more than surface-deep. 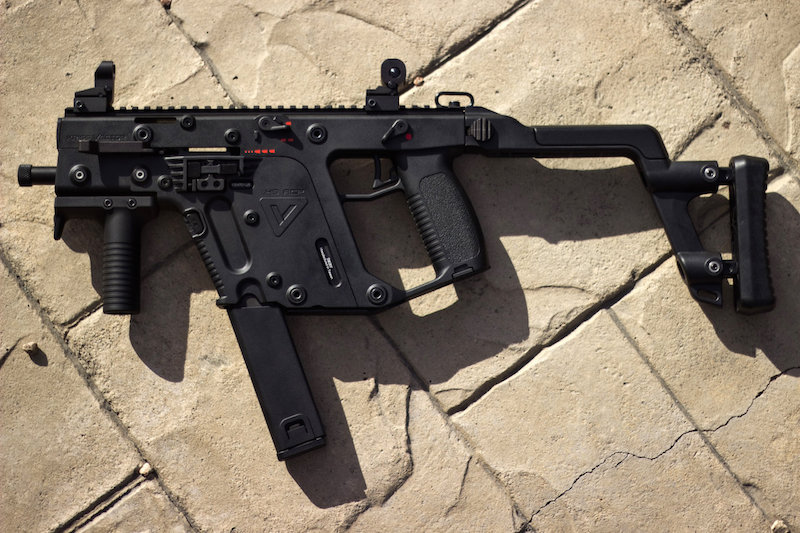 The Vector was born in 2006, designed by the U.S.-based arm of Swiss gunmaker KRISS Group. The Vector reimagines how semi- and fully automatic firearms operate, touted as the first major redesign since the debut of the Maxim machine gun some 120 years ago.

Most unique about the Vector is the action. Conventional firearms use straight-line designs that result in the recoil being directed back against the shooter. Nearly every gun you may have fired works this way.

Imagine how an AR-15 style rifle works: with every pull of the trigger, the rifle fires and cycles, pushing the bolt carrier rapidly rearward against the buffer – and right into the shoulder of the shooter. This results in muzzle rise and a considerable amount of felt recoil. Now, think of shooting a 1911 pistol. A lot of the energy from that powerful .45 ACP cartridge flips the muzzle up and travels rearward as the slide travels back to retrieve the next round.

The Vector, however, redirects blowback energy down and away from the shooter, reducing felt recoil and muzzle climb. This is accomplished through counter-balancing mass, created by the gun’s bolt and slider mechanism. Rather than moving rearward into a buffer tube, the Vector’s bolt rides in a channel in the slider, pushing rearward then downward in an arc and driving the recoil down toward the ground.

This motion works to cancel out most of the muzzle climb experienced with traditional straight-line actions, helping shooters stay on target between shots and mitigating recoil.

This magazine well and the L-shaped action exist entirely in front of the gun’s fire control group, all encapsulated inside a separate rhombus-shaped lower receiver. For maximum compatibility, the Vectors use Glock-style magazines. 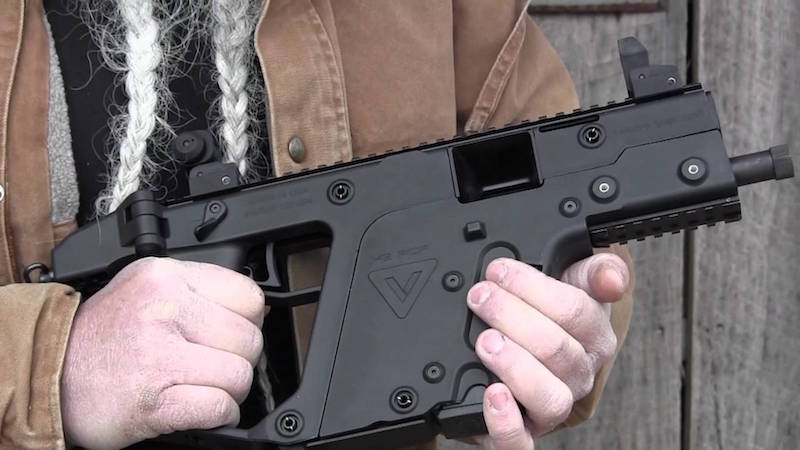 The trigger assembly, enclosed grip, stock assembly or pistol endcap and top-mounted Picatinny rail are located in the upper receiver. Depending on the model, the Vector will feature a collapsible or folding stock on the rear and barrels of varying lengths from the chamber forward.

Even with a full-length barrel and stock deployed, the Vector is a highly maneuverable, lightweight firearm well suited for tactical and close-quarters use, especially paired with its increased controllability stemming from its proprietary action. 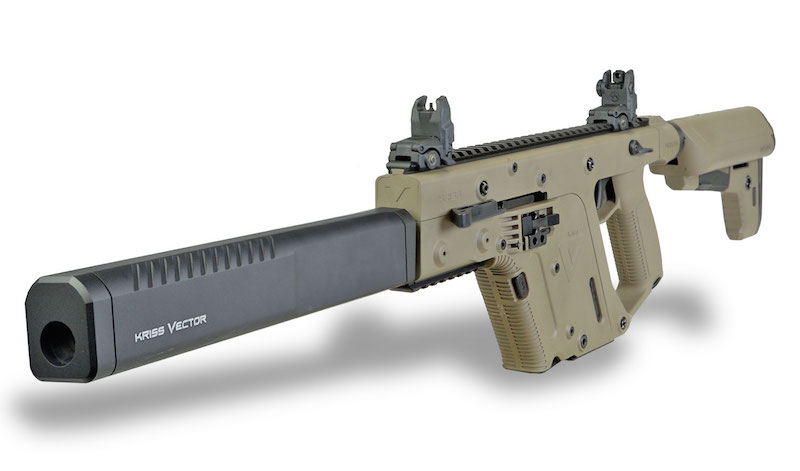 The heaviest configuration available, the Vector GEN II CRB, weighs only 7.8 lbs. The GEN II SDP pistol clocks in a svelte 5.9 lbs., and under 17 inches in overall length.

While initially developed as a submachine gun for police and military consumers, KRISS has released commercial, semi-automatic versions for the civilian market. Vector carbines and pistols are available chambered in .45 ACP, 9mm Luger, and 9mm IMI.

Whether you’re a range regular looking for an innovative firearm to help improve your shooting, a law enforcement office seeking the perfect tool for tactical engagements in the field, or just want to turn some heads next time you’re on the firing line, the KRISS Vector breaks the mold when it comes to the way we think firearms should look, operate and perform.
IN THIS ARTICLE
NRA Kriss Vector technology firearms
More
SUBSCRIBE