The Blunderbuss: Roar of the High Seas 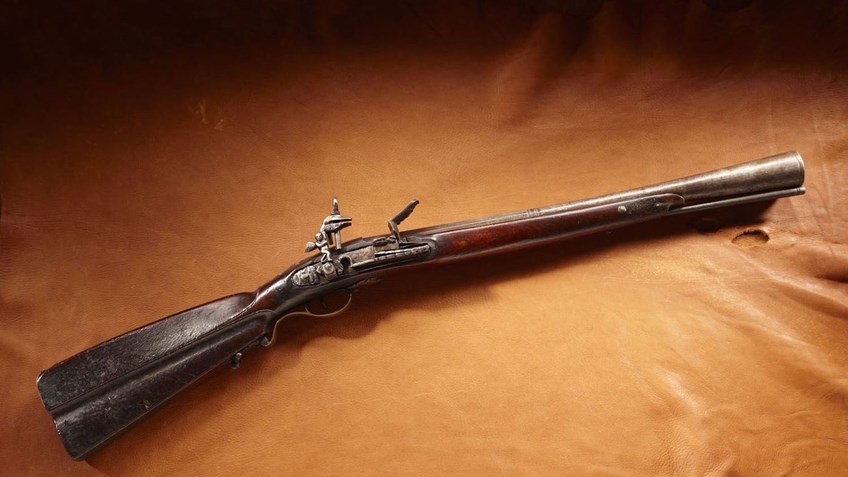 Wait, swords and what?

In the chaos of being boarded by pirates, surrounded by frothing seas, splintering timber, and crew members clashing with raiders pouring onto the besieged vessel, the throng of saltwater, sweat and blood is all punctuated by the terrifying roar of a dragon of a gun – the blunderbuss.

The word “blunderbuss" is German in origin, finding its roots in the term “Donderbuschse,” or “thunder gun.” Make no mistake, the blunderbuss lived up to its namesake.

The crude firearm, most frequently revisited in films and books as the choice weapon of marauders and mariners alike, was perfectly suited for close quarters battles. While it sorely lacked in accuracy and range, it served well for men swarming tightly packed and ferociously defended decks, holds and galleys.

Pirates would begin their assault by hammering away at a victim ship’s broadsides with cannon and swivel gun fire, or opt for a stealthy insertion, usually at night, coming in close on smaller skiffs and quietly boarding. Pirates would heave a volley of unpleasant effects onto the decks of their targets’ ships, such as burning sulfur pots or casks of rotting fish, to create chaos and pandemonium in the hopes of demoralizing and traumatizing their victims.

The raiders revealed their flags just prior to attacking, further striking fear into soon-to-be-beleaguered seamen, launching themselves onto the deck flashing cutlasses, axes, knives, pikes, and the mighty blunderbuss.

Boasting a short stock, the blunderbuss was a hybrid of a pistol and a carbine, often hip-fired due to its short length and powerful recoil, comparable to a modern shotgun. The blunderbuss fired a cache of lead balls propelled by a large powder charge, though users, whether by necessity or imagination, could and often did fill the firearm with anything that would fit and cause damage when fired, including nails, rocks, glass, or “bundle shot,” a series of metal rods packed together that, when blasted from the bore, effectively became tiny spears. Needless to say, the more crudely fashioned projectiles were not good for the integrity of the barrel, but in the heat of battle, served as dangerous implements. Blunderbusses were also used for crowd control or clearing the decks, as the mere sight of the gun in hand served as a deterrent to potential challengers.

Blunderbusses could also be found affixed to ship’s railing or gunwales via a mounting swivel, becoming an improvised boat gun to clear decks when approaching alongside another vessel. The gun’s flared muzzle made it easier to load in the chaos of battle, particularly in some of the more precarious places aboard ships, such as rigging and water-slicked decks rocking port and starboard.

Blunderbusses appeared in the 17th century, seeing use up until about 1840. The height of the blunderbuss coincides with the “Golden Age of Piracy” in the mid-1700s, coaxed by high unemployment and desperation in the wake of the War of Spanish Succession. As more men turned to piracy to make a living, increasing amounts of ships were plundered, prompting the British Royal Navy to mount a particularly vicious war against the marauders. Pirates taken into British custody faced extreme humiliation and punishment, their bodies chained and display along wharves for months to serve as a warning to other raiders. Ironically, England was home to most gunmakers who manufactured blunderbusses, with scattered armories in northern Europe and even Harpers Ferry, Virginia (part of modern West Virginia) producing small numbers of the thumper. 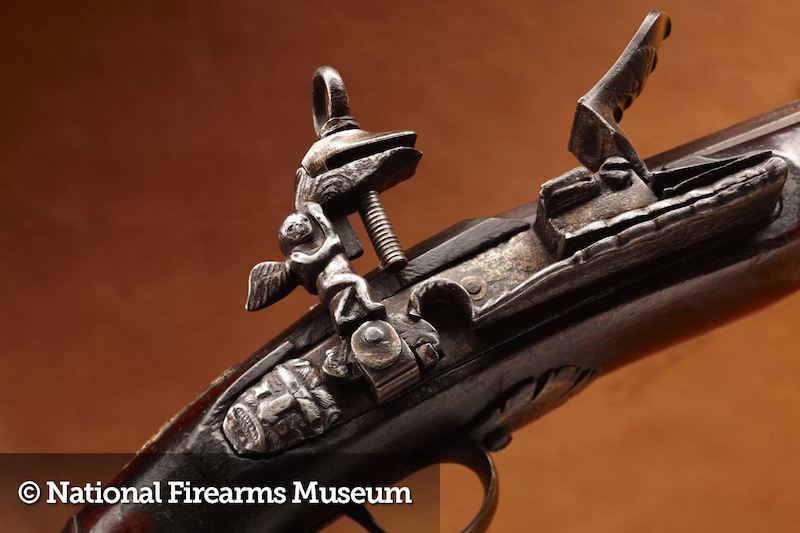 By the middle of the 19th century, the wildly inaccurate and crude blunderbuss had become mostly obsolete, with the carbine, a shortened rifle, taking its place as a more accurate alternative. However, the lore and legend of the blunderbuss keeps the imagery of the gun alive in film, books and in the hearts of collectors, as reproductions of the pirate’s gun are frequently seen in films and shows depicting 18th century raiders, and original blunderbusses have recently sold for up to $6,000 at auction.

Today, the NRA National Firearm Museum in Fairfax, Virginia, houses a few examples of blunderbusses for visitors to observe: a Spanish Miquelet Blunderbuss from the mid-17th century, and the Wilson Flintlock Blunderbuss Pistol.