INFOGRAPHIC: Feral hogs are a problem 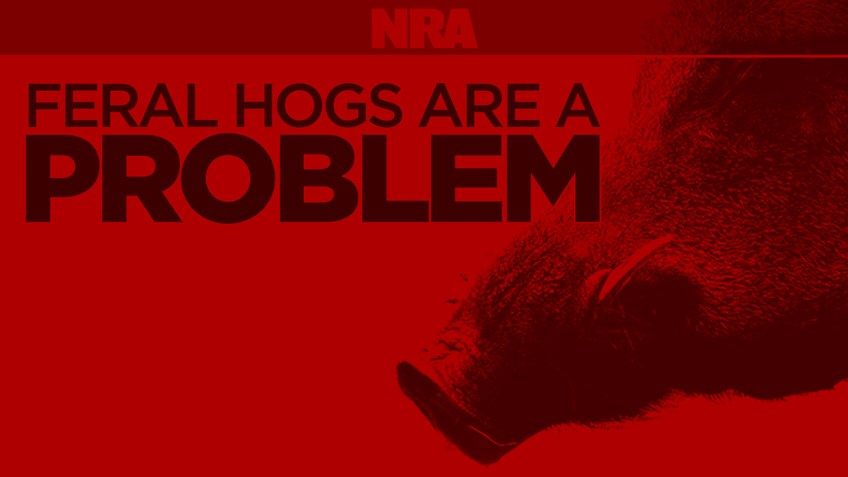 Feral hogs continue to be a serious problem in United States, mostly in the South and Southeast, where they're responsible for billions of dollars in damages to crops, property and the environment each year. The exploding numbers of these animals pose serious health risks to people and wildlife alike, carrying a plethora of parasites and diseases while tainting water supplies and disrupting ecosystems.

Hunting is among the most effective means of responsibly managing the out-of-control populations, made even more effective through the use of semi-automatic firearms like the AR-pattern rifle. Despite this, several states and their lawmakers are determined to severely limit or outright prohibit the use of these tools, turning a blind eye to the severity of the feral hog epidemic while citizens struggle to cope with the mounting damage done by these beasts.

This NRA infographic puts into alarming perspective the scope and scale of the feral hog problem in the U.S., and highlights the absolute necessity of lawmakers to allow hunters and land owners to use semi-automatic firearms to mitigate further damage.