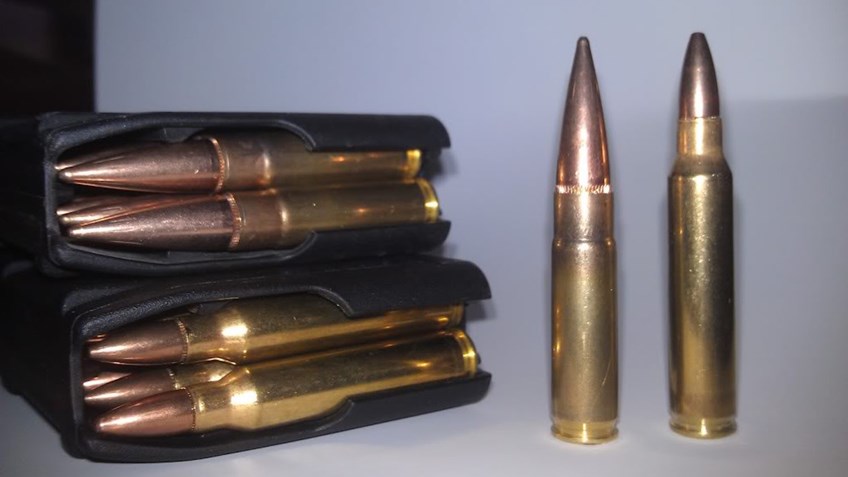 Spend any amount of time scouring gun boards and blogs and you’ll undoubtedly come across pictures, accounts and horror stories of the dreaded AR-15 “ka-boom!” caused by chambering the wrong ammunition in a rifle, resulting in shattered rifle receivers and shaken-up shooters.

Most frequently as of late, those ruined rifles are due to accidentally loading a magazine full of .300 Blackout into a .223/5.56-chambered AR-15, an easy-to-make but dangerous mistake that can have dangerous consequences. Take a look: 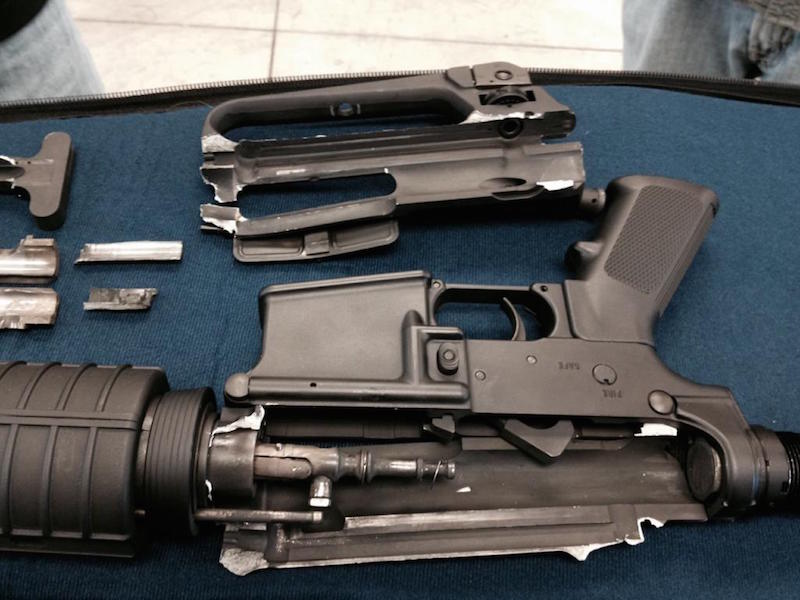 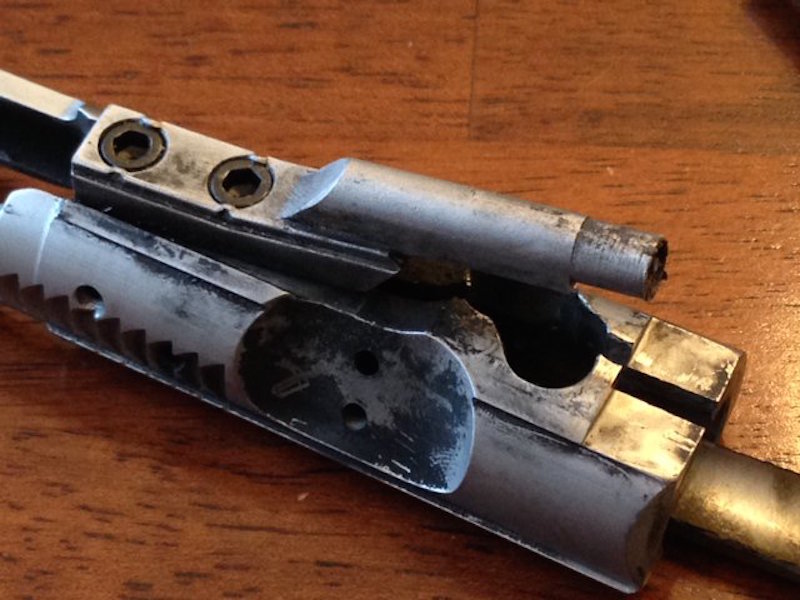 It doesn’t need to be that way, however. Using the correct ammo for the firearm you’re shooting is an absolute must. By taking extra steps and attention to detail when loading your magazines and your firearm, you'll be able to avoid damaging or destroying your gun due to chambering the wrong ammo.

A little background on the .300 Blackout round: With its earliest roots in gun designer J.D. Jones’ .300 Whisper wildcat cartridge, the 300 .AAC Blackout was created by Advanced Armament Corporation in cooperation with Remington Defense to provide a specialized .30-caliber round to meet the needs of special operators who wanted the performance of the .30-caliber projectile while using the equipment they already had, namely the M16 rifles and M4 carbine. 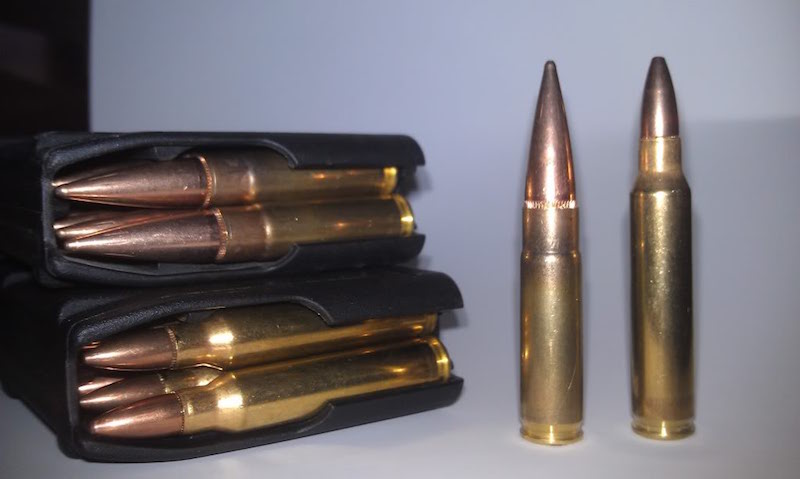 The .300 Blackout allowed users to simply retrofit a .30-caliber barrel to their rifle without making any other changes, as the .300 Blackout uses a .223 case cut down to accept the .30-caliber bullet, meaning the bolt and magazine for a .223 or 5.56 firearm would work for a .300 BLK round.

Therein lies the potential for misuse.

If you’re anything like me, loading your magazines at the range can be a relaxing exercise in repetition, especially knowing you’re about to partake in some usually much-needed range time (we could all use more practice!). However, without ammo discipline, it’s way too easy to accidentally load a 300BLK round into an AR-15 .223 magazine – they’re DESIGNED to fit, after all.

If you even as much as own any .300BLK ammo and plan to load and shoot .223 or 5.56, it’s a prudent practice to visually observe the rounds you load into your magazines. Even though the parent case is the same and the rounds are the same length and diameter, you should be able to instantly distinguish the two rounds due to the difference in the size of the projectile.

Carefully observing each round you insert into your magazines will help you avoid mistakenly loading the wrong round into the firearm, in turn preventing a catastrophic failure and likely destruction of your rifle. This is particularly important, as you cannot rely on your firearm to tell you you've loaded the wrong ammo -- the .300BLK cartridge will chamber in a 5.56 rifle, but in no way, shape or form should you ever try to fire it. The .22-caliber bore simply isn't big enough to handle the .30-caliber projectile of the .300BLK round, and all that pressure from the round needs to go somewhere once the primer is struck. 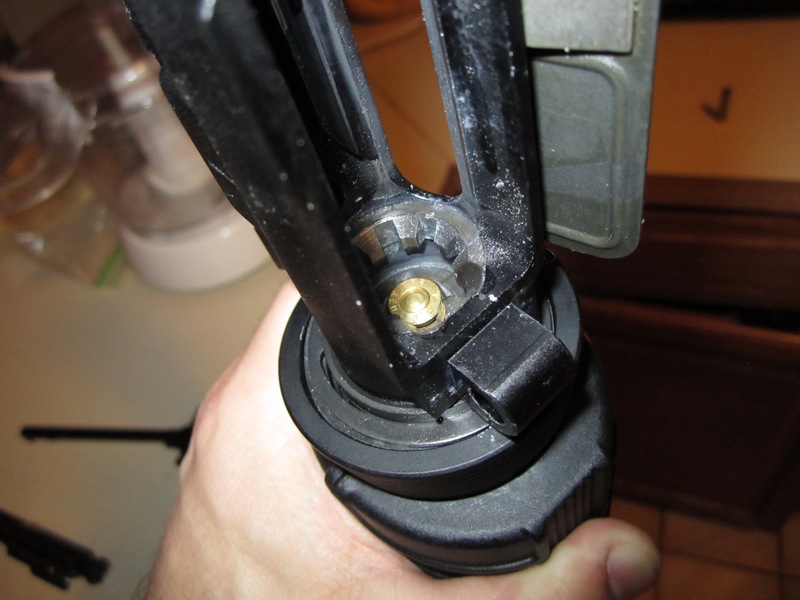 As you can see, a .300BLK round will chamber in a .223 gun but under no circumstances will fire correctly. (Photo courtesy/OA2.org)

While you should always inspect the rounds you’re loading into your magazines, but another way to practice good ammunition discipline is to keep different calibers in separate containers that are clearly marked to describe what’s inside.

It may be bit cumbersome to drag multiple ammo cans or boxes to the range, but doing so could serve you well when it comes to staying safe on the firing line. Consider using different colored ammo boxes for different calibers, using paint, markers or stickers to label each with the caliber they contain, and maintain physical separation of the containers as much as possible.

Another good tactic is using different magazines dedicated to a specific caliber. For example, I used solely Magpul magazines for my 5.56 ammo, while opting for traditional metal magazines for my .300BLK rounds. The difference in appearance and texture can serve as a tactile reminder of what round you’re about to chamber.

Other shooters have used different colored magazines to differentiate between calibers, like loading standard black magazines with .223 and reserving flat dark earth mags for their .300BLK ammo. More subtly, some shooters adorn their magazines with colored tape to make the designation clear.

Some companies create labels or decals you can apply to your magazines that specify what caliber it’s used for, and even Ruger took the smart step of labeling its .300BLK magazines bundled with their .300 Blackout barrel kit for their SR-556 Takedown rifle.

Whatever method you choose is great as long as it helps you and fellow shooters recognize the differences and practice good ammo discipline.

One at a time

Perhaps the most drastic but effective way of avoiding catastrophe is to simply shoot one caliber per range trip. Sure, it may be overboard to limit yourself, especially if you can’t get to the range that often and want to take advantage of all your guns when you do, but only bringing one of the two calibers to the range – with the correctly chambered rifle, of course – seems a great way to prevent accidents from switching back and forth between calibers.

If you must take both calibers shooting and want a little extra peace of mind in addition to the above steps, consider securing your alternate calibers and firearms in a locker or storage area away from the firing line until you’re ready to use them. Doing so creates further delineation between 5.56 and .300BLK.

Even if you have all your ducks in a row and practice fail-proof ammunition discipline, that doesn’t mean everyone around you is as educated or dedicated. If you head to the range with family or friends and plan to bring both .223 and .300BLK, make sure they know the difference between to two, the dangers of accidentally mixing them up in the wrong rifle, and understand your system of differentiating between the two calibers.

Short of loading everyone’s magazines for them, it’s a good idea to observe others as they interact with the firearms, particularly inexperienced and younger shooters. Some might be annoyed or nervous by your attention, but it’s much better than the alternative of someone making a mistake that could lead to a broken rifle or worse. 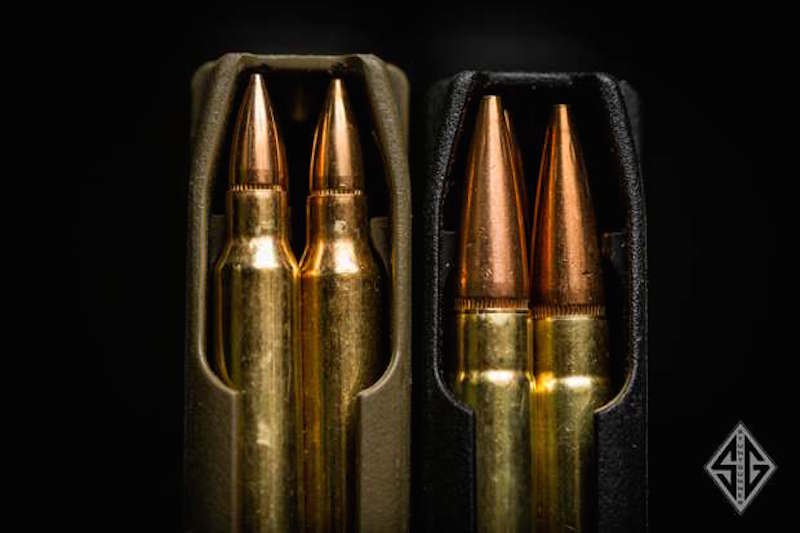 The .300 Blackout is an innovative cartridge that bridges the gap between intermediate calibers and full-power .30-caliber rounds, providing flexibility and performance in a familiar and lightweight package. Safety should always be your foremost concern on the range, and that definitely applies when using .300BLK and .223 together. A little discipline can go a long way in preventing a dreaded AR “ka-boom.”