Assault is a Behavior, Not a Firearm 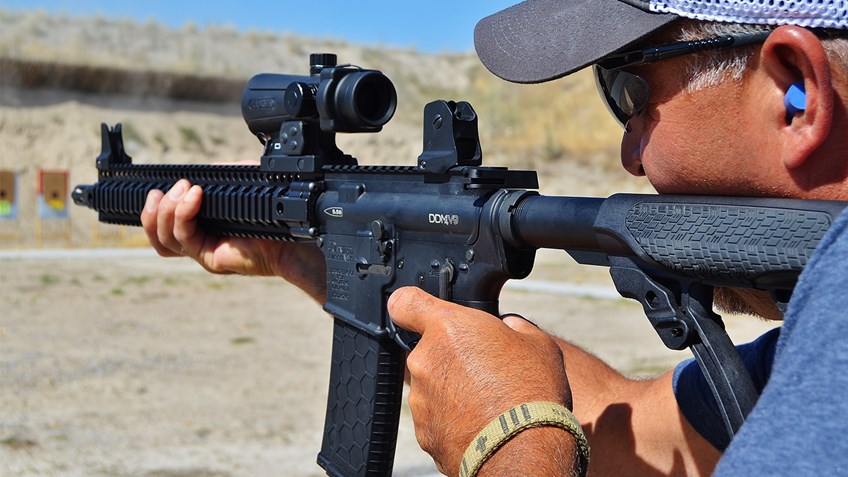 More
SUBSCRIBE
I’m sorry to say it, but you’ve been lied to. The liberal media continuously uses the term “assault rifle” to describe America’s most popular sporting rifle, the AR-15. But the word assault is simply a behavior, not a type of firearm. Nevertheless, the use of a scary word to describe a scary looking rifle has left Americans misinformed about firearms and afraid of “AR style rifles”.

I’m here to tell you the truth.

An assault rifle by U.S. Army definition is a selective-fire rifle chambered for a cartridge of intermediate power. A selective-fire firearm has the ability to be fired fully automatically, semi-automatically or, in some cases, in burst-fire mode at the option of the user.

The current AR-15 model, however, is manufactured as semi-automatic firearm meaning it is designed to fire a single cartridge, eject the empty case, and reload the chamber each time the trigger is pulled.

Nope, that is not the case.

The AR actually stands for "ArmaLite rifle." ArmaLite was the first company to successfully produce the design of these rifles.

With the rise in first-time gun owners seeking opportunities to educate themselves on how to safely use their new rifle, the NRA, the world’s leader in firearms training, has developed a unique, educational, training and competition program called America’s Rifle Challenge (ARC).

You can learn more about the ARC program on this week’s episode of NRA All Access airing Wednesday, September 21 at 7pm ET on Outdoor Channel. But in the meantime, check out the clip below for a glimpse of what ARC is all about: