A brief history of the peculiar Dardick revolver and 'tround' 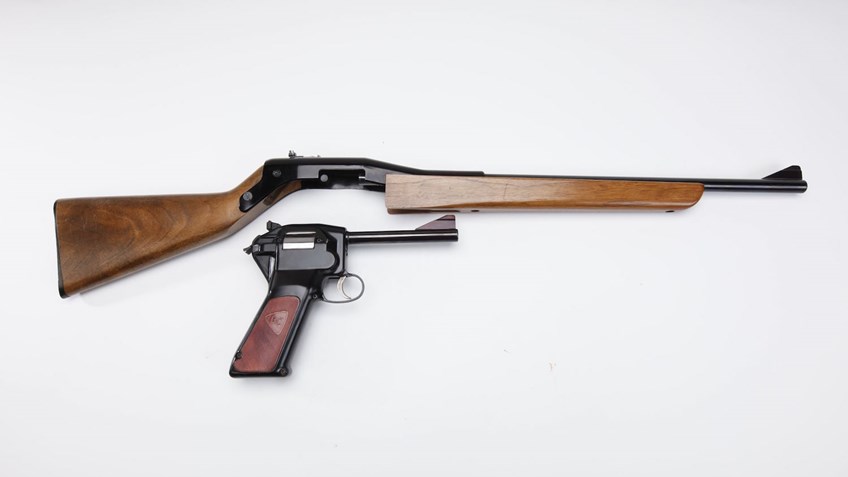 More
SUBSCRIBE
In the 1950s, the U.S. military experimented with alternative feeding devices for machine guns. During these trials, researchers discovered that a triangular cartridge case, when stacked into a magazine, took up almost 50 percent less space than a traditional round casing. Despite their findings, the military never expanded or pursued the unusual design.

Later that same decade, inventor David Dardick adopted the triangular design and founded the Dardick Corporation in Hamden, Connecticut. His new design featured a combination of a hybrid revolver and a magazine-fed pistol. Depending on the model, the open-chambered firearms boasted a magazine that held 10 (Model 1100), 11 and 15 (Model 1500) or 20 (Model 2000) triangular cartridges, called "trounds" -- triangular rounds. Unlike removable magazines from many contemporary firearms, the Dardick's magazine was internal and fixed, fed through a door on the left-hand side of the revolver. 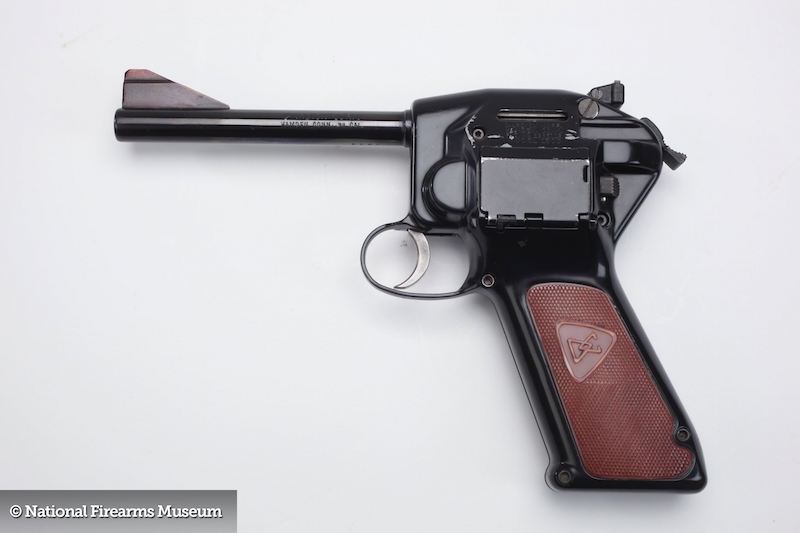 The Dardick revolver's barrel was easily removable, held to the frame by two cams that were rotated by a screw located in the front of the frame beneath the barrel. A half-turn on the cam screw allows the barrel to be removed for cleaning, maintenance, replacement or even for facilitating a caliber change.

The casings were made of an extruded plastic, Celanee Fortiflex, and the rounds featured a metal primer pocket, primer, powder and a .38-caliber projectile. A .22 Long Rifle casing and barrel were also available. The .22 casing accepted a standard .22LR cartridge inserted into its center, and a switch on the hammer enabled rimfire mode when the .22LR barrel was installed.

A carbine conversion kit was produced for the Dardick, which consisted of a wood buttstock attached to a carrier which the entire pistol, minus the barrel, inserted into. The carbine barrel was then inserted into the frame and locked into place using the aforementioned barrel cam screw. Additionally, several trounds were made as chamber adapter which held standard cartridges, including the .38 Special, allowing readily available ammunition to be used in the guns. 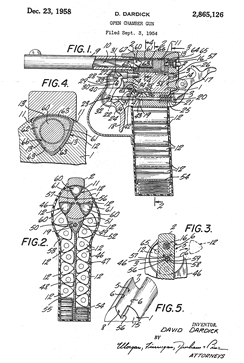 Despite the revolutionary design of the round and the firearm, the ultimate demise of the Dardick was due to its unfortunate aesthetics -- it was ugly. Also, the plastic cartridges warped over time and would not chamber properly, resulting in the cylinder locking up when it rotated.

Though rare, the NRA National Firearms Museum has a Dardick 1500 in its collection, featuring the carbine conversion kit along with the revolver. While the full potential of the design was never realized due to its garish looks and issues with ammunition, the Dardick represents "outside the box" thinking in developing firearms, and is a strange yet intriguing mile marker on the journey of the evolution of the gun in America.

Check out this clip from NRA Gun Gurus as host and Senior Curator of NRA Musuems Phil Schreier discusses the unique features of the Dardick pistol: