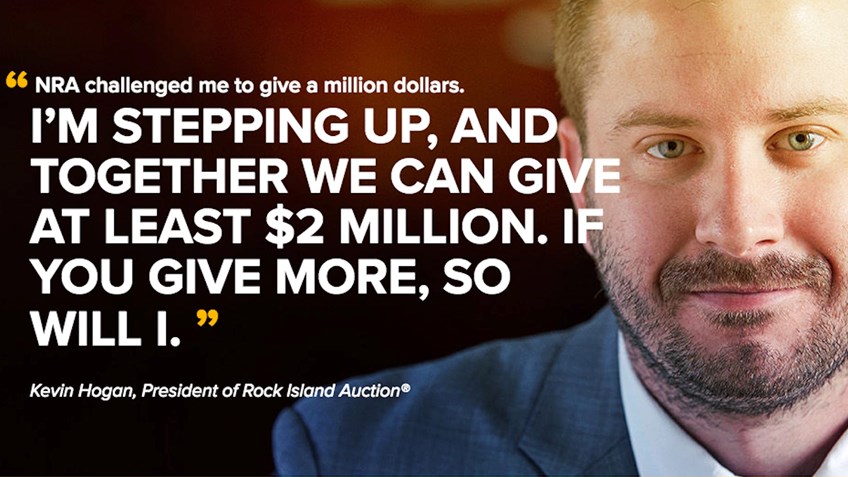 Americans will head to the polls this November, casting their ballots in what is arguably the most important Presidential election for the future of the Second Amendment in American history.

The powerful liberal elite are leading the charge to dismantle gun rights in the United States, using overwrought fear tactics about gun violence to terrify Americans into believing that guns, not criminals, are the problem in our country, and that we are not responsible enough to have the right to own guns. Their message is well funded, and that venom is spread across the country and around the world by the modern media machine sympathetic to their campaign of liberating Americans of their liberties.

But this is the United States of America, a nation built atop the principles of freedom, liberty and democracy. Your voice -- and your vote -- matters. You are not the statistical minority of gun owners who commit heinous crimes, rather the steadfast backbone of America who responsibly and safely uses firearms for recreation, sport, and self-defense. You, the everyday, law-abiding, gun-owning citizen, are the true key to preserving the laws of our land that have made this nation great. Your efforts leading up to this election will help determine if our nation will be able to sustain said greatness moving ahead.

Rock Island Auction Company, the world’s foremost auction house for firearms, edged weapons and military artifacts, recognizes the danger that lies ahead for American gun rights, and refuses to sit idly by while the rights of free citizens are ripped away by the grasping fingers of tyrannical political power mongers. 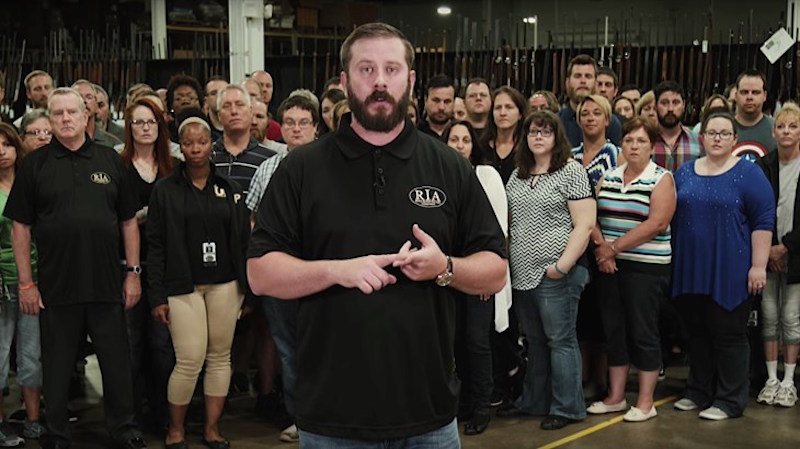 The legendary auction house, led by Pat and Kevin Hogan, developed the RIA Freedom Challenge to inspire freedom-loving Americans who treasure their cherished Constitutional liberties to come forth and support the organization most uniquely qualified to fight for those rights – the NRA Institute for Legislative Action – by way of donations to the cause.

Established in 1975, NRA-ILA is committed to preserving the right of all law-abiding individuals to purchase, possess and use firearms for legitimate purposes as guaranteed by the Second Amendment. To accomplish this, NRA-ILA works to enact laws that recognize the right of honest citizens to carry firearms for self-protection, preempt bills to prevent attacks on gun owner rights by local anti-gun politicians, and fight for legislation to prevent the bankrupting of America’s firearms industry through reckless lawsuits.

For every dollar donated to NRA-ILA through the Freedom Challenge, RIA will make a matching donation, up to $1 million.

“Penny for penny, dollar for dollar match,” said Kevin Hogan, president of RIA. “That’s going to do one thing: to help protect and defend the Second Amendment both at the state and federal level.”

More importantly, the Freedom Challenge calls on patriots to raise their voices and spread the word, sharing the story of why they chose to donate, what the Second Amendment means to them, and how critical it is to defeat the efforts raised to destroy Americans’ inalienable right to keep and bear arms.

When you decide to accept the RIA Freedom Challenge, visit www.riafreedomchallenge.com, and click Donate. Once you’ve made your donation, challenge your friends. Share your contribution to the fight for freedom via social media, or by email to your friends, and ask them to join you in protecting our rights. If you’d rather donate by cash or check, simply call 877-NRA-GIVE, and tell them your contribution is on behalf of the RIA Freedom Challenge.

Film yourself talking about why you cherish the Second Amendment. Brag about your best hunt, your favorite rifle, or what made you fall in love with shooting. Tell the world about how the Second Amendment allowed you to protect yourself or your loved ones. Say anything at all about what’s important to you – just share your testimony on social media using the hashtag #RIAFreedomChallenge.

“NRA challenged me to give a million dollars. I’m stepping up, and together we can give at least $2 million,” Kevin Hogan said. “If you give more, so will I.

“We have no choice,” Hogan added. “We are digging deep. We’re not giving a million dollars because we want to or because we can. It’s because we have to. So do you.”

Don’t let the out-of-touch liberal elite destroy our way of life. Join Rock Island Auction Company and the NRA-ILA in donating to the #RIAFreedomChallenge, and take a stand to protect and defend the very freedoms our forefathers fought and died to establish and defend.