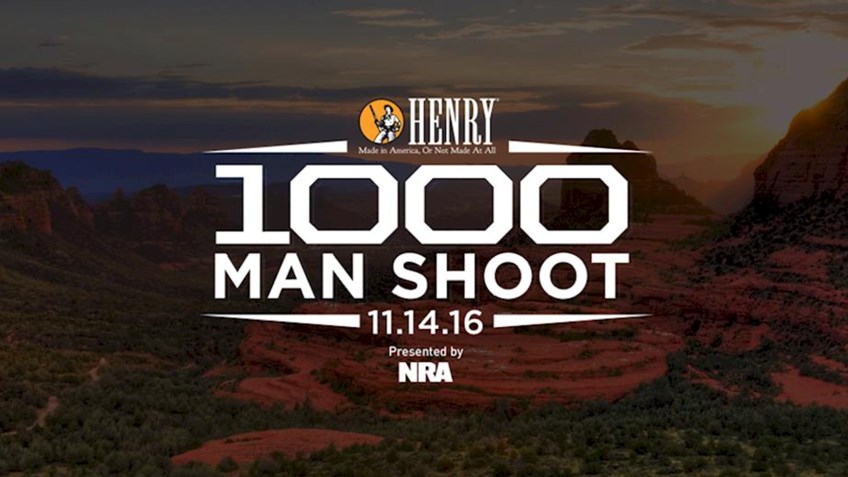 This November, Henry Repeating Arms and the NRA are teaming up to make history, as 1,000 freedom-loving Americans will each fire a specially produced Henry Golden Boy Silver rifle simultaneously at the Ben Avery Shooting Facility in Phoenix, setting a new world record for most simultaneous shots in the process!

The shooting spectacle, scheduled for Nov. 14, 2016, represents the first of its kind, a milestone event for the firearms community filled with patriotism, camaraderie and pride, according to Henry President Anthony Imperato. 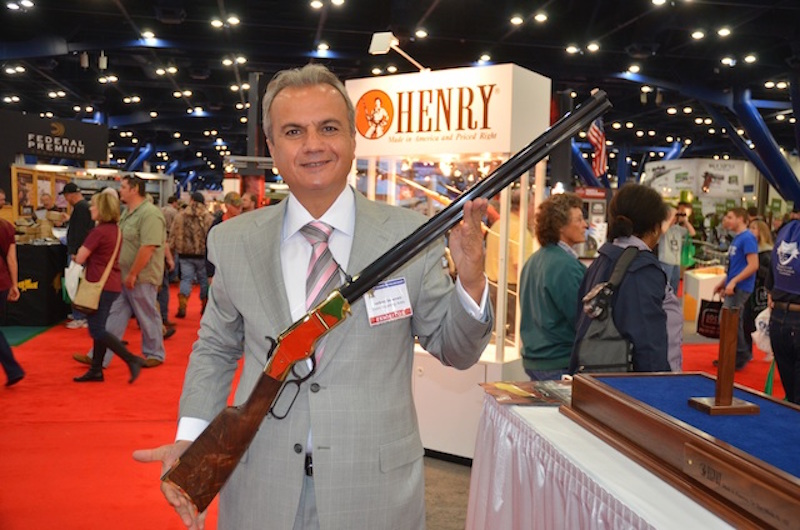 Imperato said he was inspired to plan the event during a meeting with NRA staff, and saw the opportunity to create a fun, memorable event that supported the NRA.

“It just popped in my head: an event that would be patriotic and fun, with proceeds going to support the fight for our Second Amendment rights,” he said.

Because an event of this scale has not been attempted, Imperato knew he needed the right team to help him realize his vision – and he knew just who to ask.

“There is a lot of work involved and logistics in making something like this happen,” he explained. “I knew that if anyone could pull it off, [the NRA] could. We knew it would take a major effort, but we have confidence in the great team at the NRA.”

As the details began to unfold, Imperato knew a once-in-a-lifetime event needed a rifle that embodied the impact and significance of the shoot, and chose the Henry Golden Boy Silver .22LR lever-action rifle to fire the volley. Each of the finely crafted rimfire rifles features special engraving unique to the 1,000 Man Shoot, performed by Baron Technology Engraving.

“The Golden Boy, the gun that brings out the West in you, is our signature model. The silver variation makes it unique,” Imperato said.

Finding a range capable of facilitating 1,000 shooters firing 1,000 rounds of Winchester ammunition at the same time was essential to making Imperato’s vision a reality. Fortunately, the team at the Ben Avery Shooting Facility is among the handful of ranges in the U.S. that could accommodate, and graciously allowed Henry and the NRA to use their 1,650-acre facility in north Phoenix to host the event.

“We’re proud that the Ben Avery Shooting Facility was chosen to host this world-record event,” said Arizona Game and Fish Director Larry Voyles. “The Arizona Game and Fish Department puts a great deal of effort in making this one of the premier shooting ranges in the country, accommodating shooters of all abilities.”

The final piece of the puzzle in bringing the production to life is finding the 1,000 patriotic men and women to toe the line, pull the trigger and become part of world history – an opportunity that is open to the public!

Shooters interested in helping Henry and the NRA set the world record can register now! For a fee of just $20, the Freedom Package includes firing two shots at the Henry 1,000 Man Shoot, and a commemorative t-shirt and hat unique to the event.

For those that wish to own the rifle that helped them write a new page of firearms history, the Patriot Package includes firing two shots, the t-shirt and hat, but most significantly, the exclusive Henry 1,000 Man Shoot Golden Boy Silver Edition rifle and accompanying Bob Allen case, all for $650.

Don’t miss this opportunity to be part of this exciting piece of world history while supporting the NRA! To register for the Henry 1,000 Man Shoot Presented by NRA or to learn more, visit https://1000manshoot.nra.org, or email [email protected].

Request a FREE Henry Decal and Catalog at https://www.henryrifles.com/catalog/