An Open Letter to the Anti-Hunter 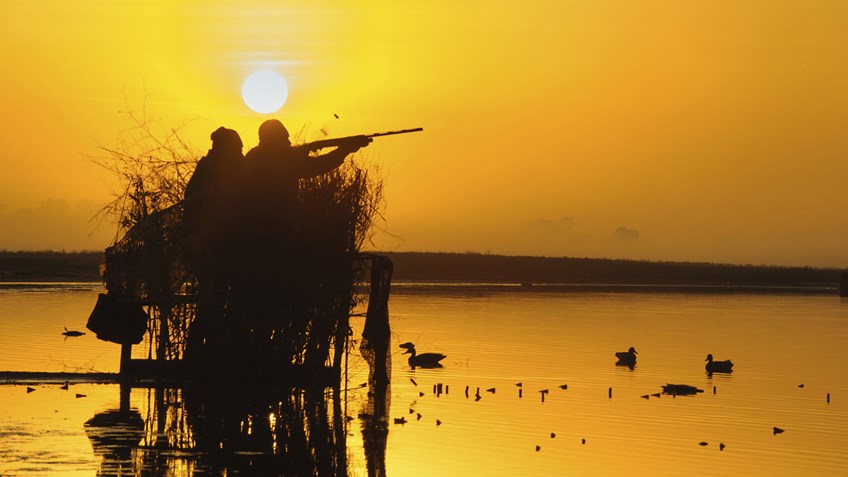 More
SUBSCRIBE
If you don’t approve of hunting, for whatever reason, I want you to know I appreciate you taking a minute to read this letter. My intention is to offer a couple facts about hunting you may not know. I don’t expect to change your mind altogether, but I do hope to provide some information that may create a more informed conversation.

You’re right. Our civilization has changed such that many people no longer need to directly participate in the food chain. Cities of us can go to grocery stores for the food we once grew or killed for ourselves. So, why then does hunting still matter?

You’re right. All living things have value. Animal lives matter, and that’s all animals, not just the one whose hair is stuck to your shirt right now. If that’s true, how can someone argue killing an animal is not only justified but important?

The on-going debate surrounding the value and ethics of hunting litters our news feeds and newspapers, often serving to divide those that hunt from those that don’t. I hunt. If that divides me from you, we need to talk, because it’s possible the very reason you oppose hunting may be among the most important reasons to support hunting.

The biosystems of our planet are under attack, and humans are largely to blame. Earth is experiencing record high average temperatures each year, and humans are devastating natural habitat on all continents at record pace. So, what are the facts about hunting? If they were better understood, could all people who love animals, and all people who care about the health of our planet find common ground?

Annually, over 13 million people hunt, nearly 40 million people fish, and more than 40 million people target shoot. The only emotion-based fact I’ll present in this letter is the following: hunting is a way of life for a lot of people. Most are ethical, well-meaning people. Some are not, just like any other cross-section of humanity. I started with this, because we’re already at an impasse if we can’t agree here. I’m an example of a hunter, so I’ll speak for myself. Many of my most cherished memories are times when I’ve been hunting. Hunting and fishing are a part of who I am, part of the way I look at the world, and part of my value system. Hunting doesn’t define me, no more than does being a Bernie Sanders voter, or homosexual, or Muslim define someone else. But hunting is absolutely part of my identity. There is literally nothing anyone can say to make me change that. Can we agree hunting is important to lots of people like me?

Okay, enough of the feely stuff.

Wildlife and wild lands are owned by the public, as prescribed by the Public Trust Doctrine. Each state has a fish and wildlife agency, which was given the responsibility to manage all wildlife via what’s called the North American Model of Wildlife Conservation. Where success is measured by the proliferation of wild animals, this model of wildlife management is among the most effective in the history of mankind. See, we humans are a highly invasive species. Every day we till up wildlife habitat to grow more food, to build more infrastructure, and to meld the natural world to fit our every whim. The North American Model of Wildlife Conservation is one of the only proven barriers standing between wild places and animals and their decimation. And its implementation is not cheap.

Nearly every economic, social, and cultural trend is eating away at the prospect of wild animals thriving into the future. Except, perhaps ironically, hunting, fishing and recreational shooting. You’ve probably heard the argument, “hunters pay for conservation.” The extent to which this statement is true can be debated, but it is a fact that hunting plays a major role in conservation. Between 50-80% of all money spent on conservation in the United States, nearly three billion dollars, comes through one of three sources (in order of size): hunting/fishing license sales; excise taxes paid on hunting/fishing/recreational shooting gear; and donations to conservation non-profits. Hunting and fishing license sales are a pretty well understood concept. However, most people don’t know that sportsmen of generations past lobbied for and passed Pittman-Robertson (PR), the act that placed a tax on hunting and recreational shooting gear, then later Dingell-Johnson (DJ), the act that placed a tax on fishing gear. The funds from all three sources; licenses, donations, and excise taxes are used by your state fish and wildlife agency, as well as a myriad of non-government organizations, such as Ducks Unlimited, to do the work of managing wild places for wild animals.

Without PR/DJ, sustainability of our wild lands and wild things would face serious headwinds. One must have only a rudimentary understanding of economics to understand why. If left without protection and management, wild places would soon turn into farms, ranches, and housing developments. To fund that protection, some wild animals were given a “value,” quantified by the license fee paid to hunt or catch them. No true sportsman or woman would argue the value of a living thing can be quantified in dollars; it’s simply the only scalable way anyone on earth has come up with to ensure the necessary habitat exists to sustain all species. It’s a trade-off - kill some of the deer to make it economically viable to keep and manage the land on which all deer and most all other species live.

But, couldn’t we get conservation funding into the budgets of all levels of government; local, state, and federal?

The answer is probably yes, but the economics again tell a dooming story. Public lands, such as state recreation areas or national forests, are largely viewed as a sink on the tax base, especially in more developed or more agrarian areas of our country. No one pays property taxes on this land, and it’s more difficult to tie tax revenue back to it from tourism or other uses than it is to tax income from corn production on the same parcel. Thus, privatizing land for development or production is a strategy governmental entities use to increase their tax base. If you were a politician and your constituents were asking you to choose between health care for babies or keeping our public land public, what would you do? The debate over control of our public lands is a shining example of what will happen to our wild places when it’s time to sharpen the budget pencil.

Some of the favorite non-profit organizations of anti-hunters have taken to buying land. An example is the Humane Society of the United States’ Wildlife Land Trust. The novice biologist in me says, “great, more land for wild things.” But any wildlife biologist, for or against hunting, will tell you leaving land unmanaged is an untenable solution. Sure, it’s cheaper for the Wildlife Land Trust, but unmanaged land does little or nothing for wildlife. Nature used to do the management work for us. For thousands of years prairie habitat burned, invigorating successional habitat growth. Ignited by lightning, forest fires would burn until they simply went out. Today, firefighters feverishly dowse wildfires with chemicals and water in hopes of saving human life and assets. Ever been on a hike through a dense forest? Did you notice how animal diversity was most prolific outside of the most dense areas - perhaps where the forest opened up to a grassy area? Most woodland species are not adapted to compete in the most dense, unbroken forest cover. Just as most prairie species are not adapted to compete in the most dense, unbroken grassland areas.

The way I see it, it’s perfectly reasonable that you do not hunt. But, I want you to understand hunting plays a very serious role in the real-world conservation that sustains nearly all species of plant and animal on Earth. All people are in a lifelong dogfight to preserve the living things that inhabit our planet, especially you and me… since I took the time to write this letter and you took the time to read it. The left and right, the greenies and oil barons, the anti and pro-hunters – we’re all bound to this watery rock and can only take from it so much before we endanger the wild animals and places in our way. Let’s stop arguing and get to work.