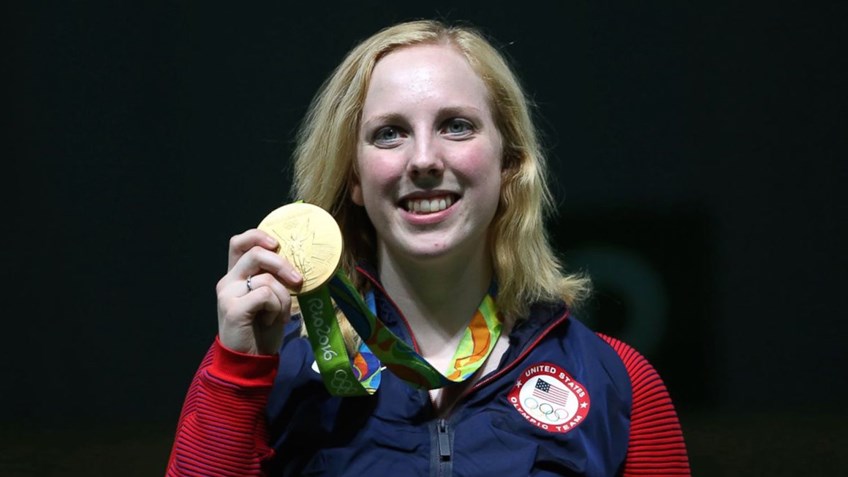 The 2016 Summer Olympics are underway, and the first gold medal of the games has been awarded to a young American rifle-shooting champion.

Springfield, Virginia native Ginny Thrasher, 19, took top honors in the women’s 10-meter air rifle event Saturday morning in Rio de Janeiro, besting China’s Du Li -- who’d won gold in the 2004 and 2008 games -- in the final round with a match total of 208.0, good enough to set an Olympic record in the process. 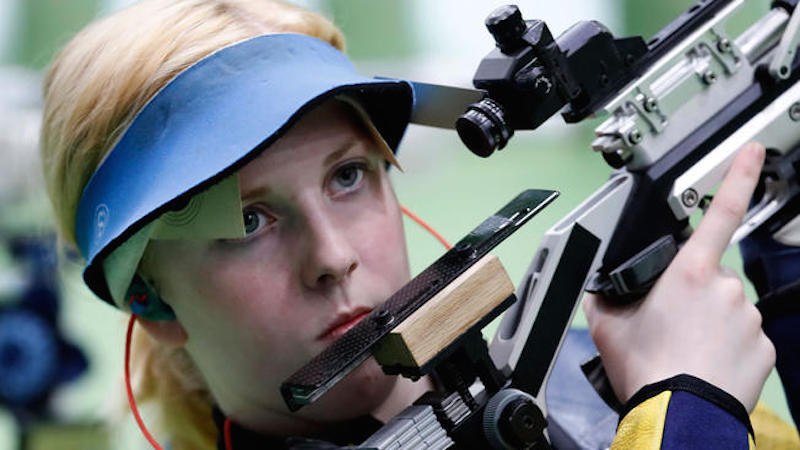 Competing on the Olympic stage for the first time, Thrasher was not considered a favorite to earn a medal during the Summer Games. Despite having been ranked in the middle of the pack, she is an accomplished shooter, having competed on the school rifle team at West Springfield High School before moving on to college at West Virginia University.

At WVU, Thrasher began her collegiate shooting career by earning five medals at the 2015 USA Shooting National Championships. Her crowning achievement came when she became the only freshman in history to win both NCAA individual titles in air and smallbore rifle, propelling the Mountaineers to a fourth-straight national championship.

Thrasher opened her efforts in Rio with an ace of a bull’s-eye that earned her a perfect 10.9. She bested top-ranked Andrea Arsovic of Serbia and defending Olympic champion Siling Yi of China, before going head-to-head with China’s Li Du, where she triumphed by a full point. 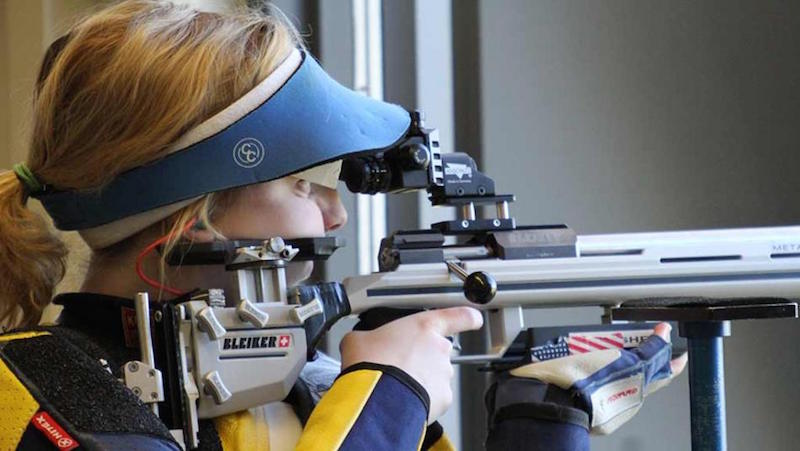 “For me to start out Rio 2016 with a gold medal for the USA makes me incredibly proud,” Thrasher said. “I’m happy to positively represent my country.”

The gold medalist’s foray into shooting began a mere four years ago, born out of her desire to go hunting with her grandfather. She attended gun-safety education and took shooting lessons from her father, an Air Force veteran.

It was when she harvested her first whitetail that Trasher said she was sold on shooting, soon after joining West Springfield High’s rifle team, moving on to WVU and now becoming the youngest member on the 15-person U.S. shooting squad.

She still has an opportunity to shoot her way to more gold, as she’ll compete in the 50-meter three-position rifle event Thursday before returning to the U.S. to begin the fall semester at West Virginia.

Returning, that is, as a national hero, the smiling face of Olympic success. A young woman who hadn’t even picked up the sport as of the 2012 games, the images of Thrasher and her rifle, if unexpectedly so, have become an incredibly positive representation of the shooting sports, capturing the hearts of her nation and the attention of the world. 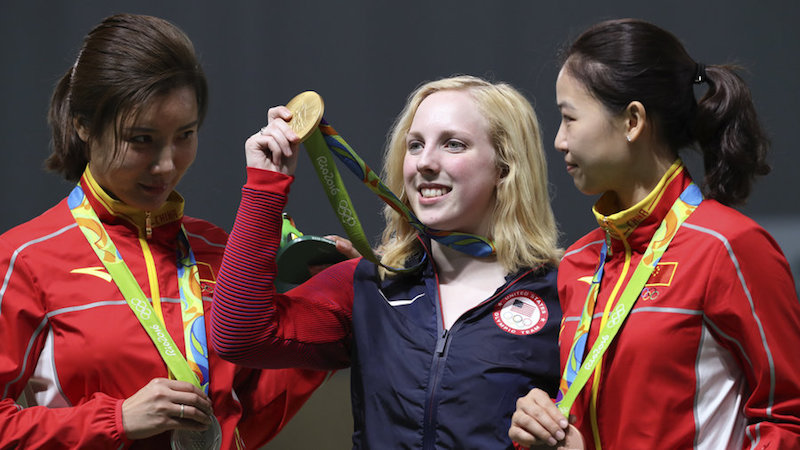