A Good Guy with a Gun 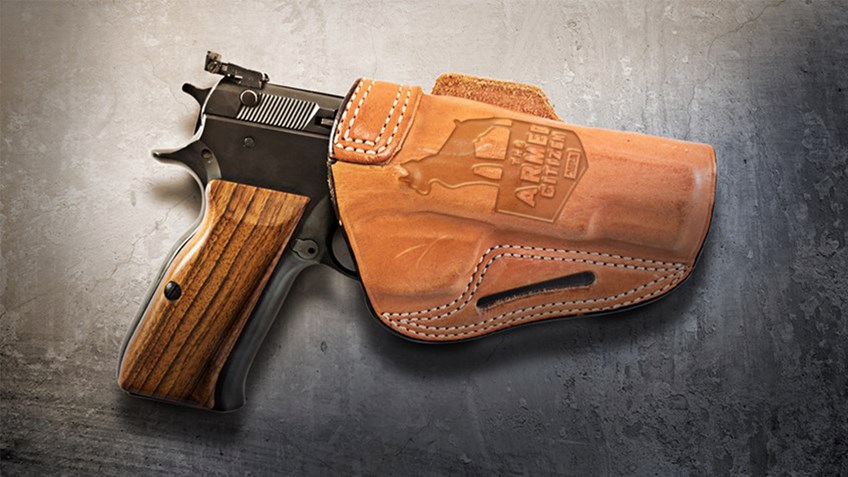 “The only way to stop a bad guy with a gun is with a good guy with a gun.” You’ve heard NRA Executive Vice President Wayne LaPierre say these words, and with each passing day, they prove to be truer and truer.

A dangerous, life-threatening situation can arise in a matter of seconds. Thankfully, our Founding Fathers gave us the right to defend ourselves, our families, and our communities. As law abiding citizens, we have the tools, resources, training, and bravery to stop evil in its tracks. And when the wolf is at the door, the good guys with guns know that we are our first line of defense.

For example, Marine veteran Scott Perkins didn’t think twice about his own life when he sprung into action to stop a violent attack on a local Sheriff’s deputy by drawing his concealed firearm. Check out Scott's story featured on NRA All Access:


Scott is just one of MANY stories where lives were saved by good guys with guns. Here are a few more....

Realtor stops intruder: A realtor was going into a home she was showing in Jonesboro, Arkansas when she happened upon three intruders. The realtor responded to the threat by drawing a gun and holding one of the intruders at gunpoint until police could arrive. The other two criminals fled the scene. When police arrived and arrested the formerly-passed-out intruder, he became aggressive, threatening to kill one of the officers. Originally posted on NRA-ILA.

Armed grandmother scares off three home invaders: A grandmother was at home alone in Boynton Beach, Florida when a man began banging on her door. The grandmother responded by retreating to a bedroom and arming herself with a handgun. Eventually the man and two accomplices broke through the door and entered the home. However, upon seeing the armed grandmother the home invaders fled. Following the incident, the grandmother told a local news outlet, in relation to having the handgun, “I think it's wonderful. I think it's the only thing that saved me. It was my Godsend. I don't know what I would've done without it.” Originally posted on NRA-ILA.

Woman defends her home and daughter from violent intruders: A woman from Savannah, Georgia woke up one evening to the sound of someone entering her home. Thinking it was her husband home from his shift, she got up to greet him but was punched in the face and pushed back into her room. Fearing they would now go after her daughter down the hall, the woman was able to get to her 12 gauge and scare the robbers away.