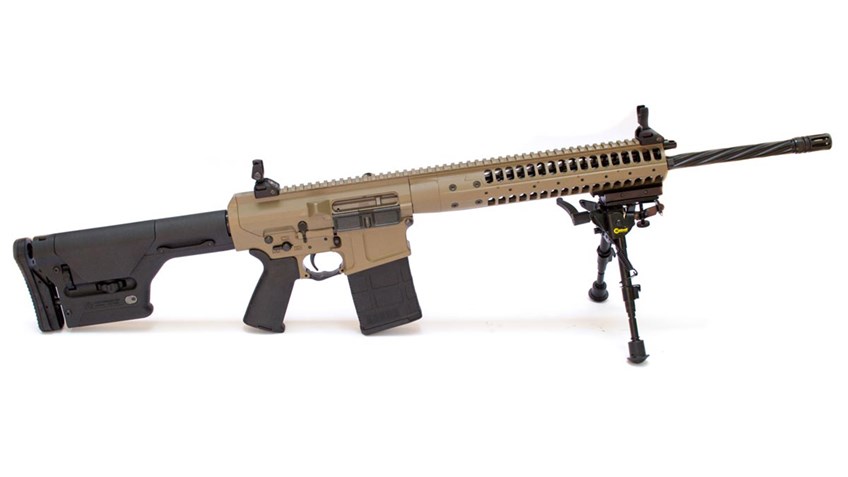 More
SUBSCRIBE
This article was originally posted on OutdoorHub and has been republished with permission.
.

Most people have an easier time shooting a rifle accurately because it's heavier, has multiple points of contact with the body, and a longer sight radius.

The differences between rifles and pistols are pretty obvious. One is portable. The other is as easy to conceal as a mop. One is pretty easy to shoot accurately, while the other takes some serious practice time at the range to master. Let’s look at a few fun facts that help explain the differences between the two.

Rifles are easier to shoot accurately because . . . they’re heavy.

While barrel length can be attributed to differences in accuracy, it’s not really that big of a deal. People tend to shoot rifles more accurately because they’re heavy. More specifically, long guns are usually heavier than the force (weight) required to press the trigger. 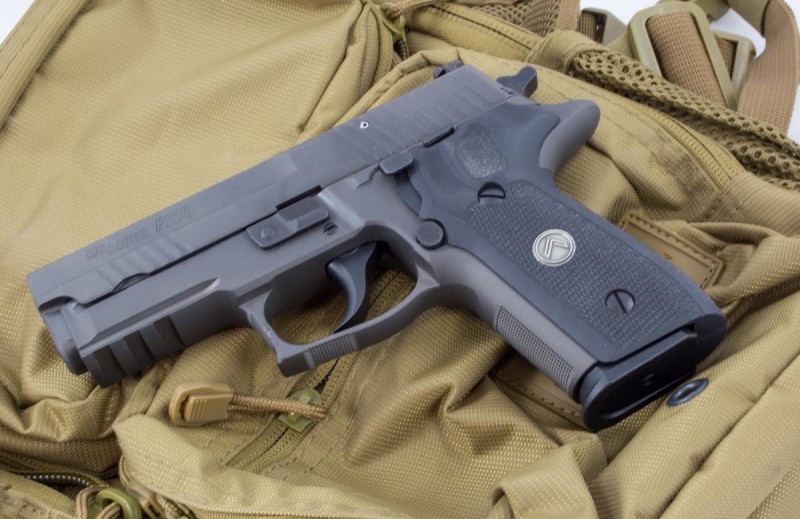 On the other hand, a rifle might weigh 6 to 12 pounds and have a trigger that requires only 2 to 6 pounds. It’s much easier to move the trigger without moving the rifle. There are other reasons why it’s easier to shoot a rifle more accurately, and I’ll get into those in a minute.

Well, actually, it was more like a cannon pistol. The earliest known surviving pistol-rifle-cannon is the Heilongjiang hand cannon made in Manchuria sometime before the year 1288. Since it’s only a hair over 13 inches long, I’ll take some poetic license and consider it a pistol. Oh, and the caliber? That would be 100 caliber. Yes, that’s a full inch of barrel diameter. Apparently soldiers of the Jurchen Jin dynasty thought .45 ACP was for sissies.

Rifles are easier to shoot accurately because . . . they have a longer sight radius.

Sight radius is the distance between the front sight and the rear sight. On a pistol, the sight radius might be 4 inches or less. On a rifle, it can be much longer. Whatever the distance, the front and rear sights need to be perfectly aligned for every shot to achieve consistent accuracy. How perfectly?

Most rifles, like this M1 Garand, have a long and very forgiving sight radius.

On a pistol with just a 2-inch sight radius, if the front and rear sights are out of alignment by just 1 millimeter, you can miss a target 25 yards down range by up to 17.7 inches. Using a rifle with a 16-inch sight radius, that same miss will be limited to just 2.2 inches.

As you can see, the gun with a longer sight radius is much more forgiving for tiny sight alignment mistakes.

Do you feel the need for speed?

There are a surprising number of rifles and pistols that shoot the same caliber. The easy ones are “cowboy guns” that shoot calibers like .45 Colt and in more modern versions, .357 Magnum. It was pretty handy to have to carry just one type of ammo to feed both rifle and pistol. Classic examples include revolvers such as the Colt single-action revolver and lever-action rifles chambered for the same caliber. And due to the longer barrel of the rifle, the same cartridge would generate higher velocity, and therefore more power and range, when fired from the rifle.

There are other examples, too. The Taurus Judge is designed to shoot .410 shotshells and those are normally more at home in a full-length shotgun. The .30 Carbine cartridge is also used on both platforms.

While there are infinity-billion variables and exceptions, the exact same cartridge when fired from a rifle with a longer barrel will spit out a bullet much faster. Again, with lots of disclaimers, you might see an extra 20 to 60 fps of extra velocity with each extra inch of barrel length. So when you shoot the same .22 LR cartridge from a pistol with a 4-inch barrel, the velocity is going to be a whole lot less than when one is fired from a rifle with a 16-inch barrel. 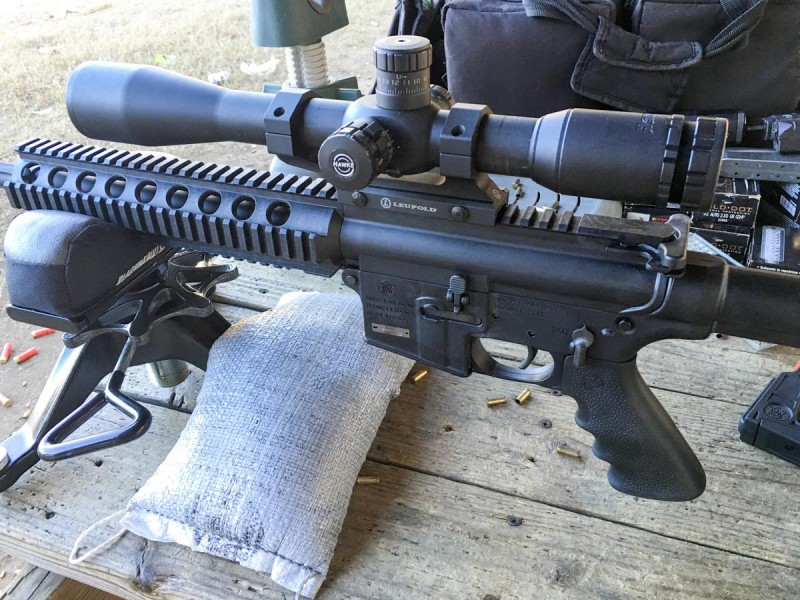 As with most things in life, you can have too much of a good thing. If a barrel is too long, the extra friction will reduce velocity.

Do you feel the need for recoil?

The recoil you feel is largely dependent on the weight of the gun. That’s one of the reasons why rifles feel more “gentle” than a pistol when shooting similar ammo.
We can actually quantify this. Rather than bore you to utter insanity with the actual math, I’ll ask you to trust me on it, OK? Heizer Defense makes a 23-ounce pistol called the PAK 1 that fires the same cartridge as an AK-47 – that would be the 7.62x39mm round. If you shoot a typical 123-grain bullet from that tiny pistol, assuming you get the same velocity (you won’t), you’ll feel about 31.59 foot-pounds of recoil energy. If you shoot the same cartridge from a typical AK-47 rifle, you’ll only feel about 5.34.

So there’s a direct tradeoff. You can lug more weight around in return for less punishing recoil.

Rifles are easier to shoot accurately because . . . they have more anchor points.

While we don’t always feel stable, our bodies are built with some pretty solid infrastructure. Bones, cartilage, muscle – you know, all the stuff that the basic food groups take care of. When shooting a rifle, you can easily “anchor” it to at least three points on your body. The buttstock is planted in your shoulder pocket. Your dominant side arm is gripping the stock or pistol grip, and your support hand is on the forend. Even when standing, that’s a reasonably solid support for the gun. 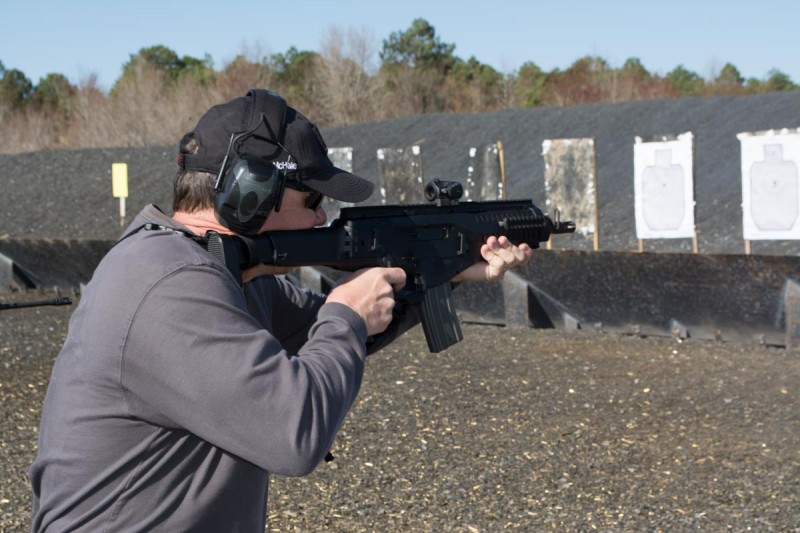 One of the reasons rifles are easier to shoot is that they provide three anchor points to the body.

With a pistol, even if you’re using two hands, you’re really anchoring that gun in only one place – around the grip. Additionally, you’re holding the entire gun out in space well in front of you with no direct connections to the bulky part of your body. 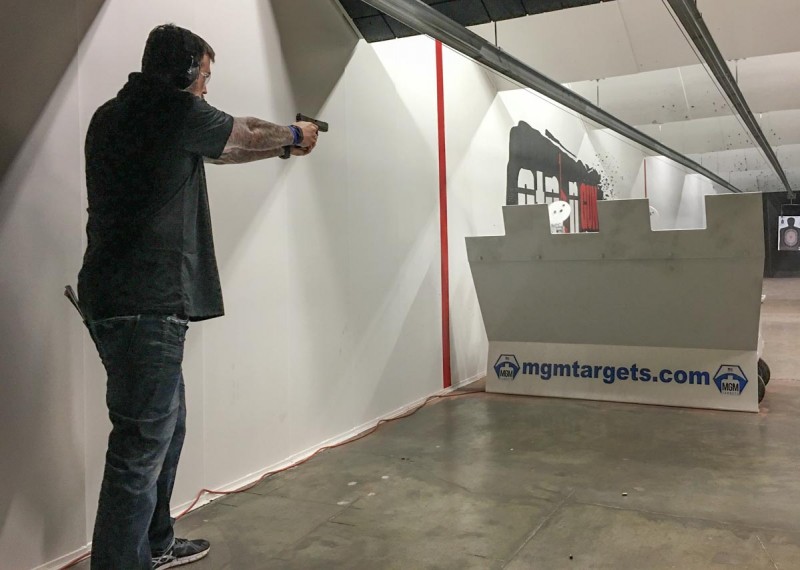 Even an experienced shooter like Lone Survivor and retired Navy SEAL Marcus Luttrell has to support a handgun “out in space.”

When you factor in the other things we’ve discussed, the lack of anchor points is another contributing factor as to why it’s generally easier to shoot a rifle than a pistol.

I’m not picking on pistols here, just pointing out some of the differences that make them more challenging to shoot at the same level of accuracy. If you really want to learn how to shoot rifles and pistol, check out some of the NRA’s training programs. My favorite and the easiest one to start with is the NRA Marksmanship Qualification Program. It’s a self-administered program that allows you to track your progress in a variety of shooting disciplines. Whether you like rimfire, bullseye pistol, action pistol, rifle, or even blackpowder shooting, there are courses of fire that define scenarios and help you measure improvement over time. As your scores and accuracy improve, you work your way through various ranks. It’s a lot of fun to do as a family.

Also, check out the current NRA course catalog to find training classes in your area to learn from expert NRA Instructors on both the pistol and rifle platforms.
IN THIS ARTICLE
Rifle Pistol OutdoorHub
More
SUBSCRIBE