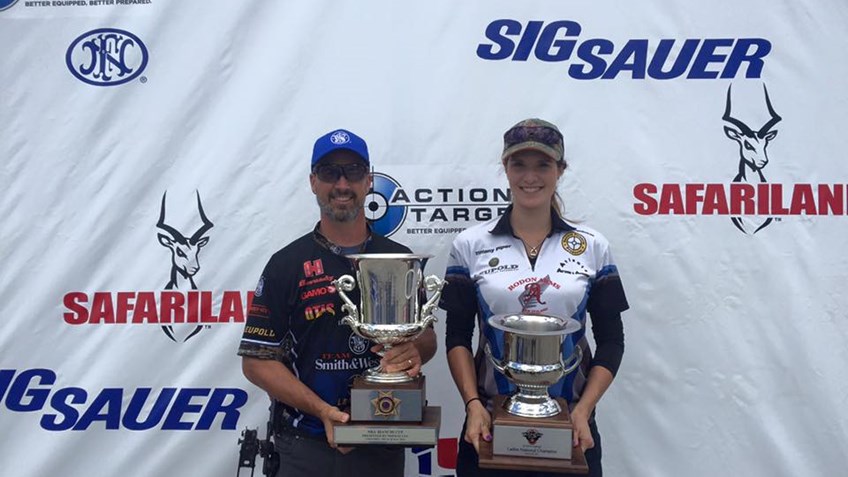 Tiffany Piper has been competing since she was ten years old, making her appearance at Bianchi cup when she was just thirteen years old. Year after year showing her competitive nature she always was atop the Junior Division. After placing second for the last two years at Bianchi Cup, Piper took the win this year, third times the charm! 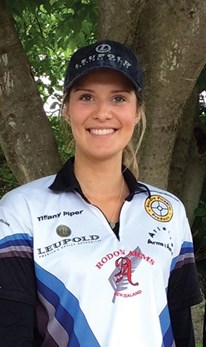 How many years have you been competing in the Bianchi Cup?
Almost 10 years. It's great being about to grow up shooting this match with all the great [competitive shooters] I consider part of my extended family.

What does this win mean to you?
This win is something I have always wanted to do since Vera Koo encouraged me to begin shooting the Bianchi Cup.  I look up to her like a mentor and I wanted to be just like her. In my mind to do that I wanted to be Woman's Champion. It took me a while to get there but all great things take time.  I mainly focused on shooting better than the year before and right up to this day I can say I have accomplished that.

When shooting a competition, do you try to keep your thinking to a minimal?
Yes and no.  This is hard to explain, you sometimes have to talk to yourself for reassurance and guide yourself through the motions of shooting the event.  Squeeze the shot… watch the dot… Listen to the buzzer, you have plenty of time etc…And the best advice I have ever been given was at a horse riding event. I told a friend of mine that I was nervous, her words were “Why are you nervous?  How are you supposed to concentrate on what you’re doing if you are nervous?" That’s stuck with me and seems to work for me.

Since you live in New Zealand – is your training affected by your travel?
My training isn’t affected by travel at all, we have a few local gun ranges and the closest one to my house is 10 minutes away so I’m rather lucky. The unlucky part is that NZ gun laws are very restrictive on noise and where the ranges tend to be are close to residential areas so there are only specific times and days when we can shoot. I tend to train once a week for about 4 hours.

Is there anyone who you really want to thank for all their support and encouragement?
I could not be where I am today without my sponsors – Secure Firearms Products, What Ya Say, Rodon Arms, Leupold Optics and Atlanta Arms. They believed in me and saw something in my and gave me a chance.  I couldn’t thank them all enough.  And a huge thank you to my coach, my dad Karl Piper.  I learned everything I know from him.

Tiffany's Upcoming Matches:
Tiffany won't be competeing in any more matches this year but is planning to volunteer at the NRA Action Pistol World Championship in Whangarei, New Zealand in November. 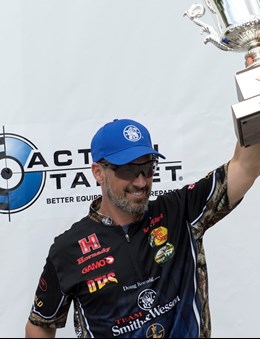 Doug Koenig has been competing since he was 17 years old and his success at Bianchi Cup is unparalleled to any other shooter. Grabbing his 17th win at Bianchi Cup is due to the unbelievable level of dedication that Doug brings to the shooting sports world. You can watch Doug train, hunt and compete on Doug Koenig’s Championship Season on the Sportsman Channel and Pursuit Channel.

17 times a Bianchi Cup winner - What does this win mean to you?
It just lets me know that when I work hard I will always put myself in a position to shoot my best.

Did you feel under pressure on certain days?
When I’m at the Cup I feel pressure EVERY day.

Do you try to keep your thinking to a minimal?
When I’m competing I try not to think to much. I just keep my focus on my technique.

Is there anyone who you really want to thank for all their support and encouragement?
My wife. She’s always in my corner.

5. What did you have for dinner after winning?
I had a steak at the banquet, but then I treated myself to a Chocolate milkshake!!!