A Family Who Hunts Together, Stays Together 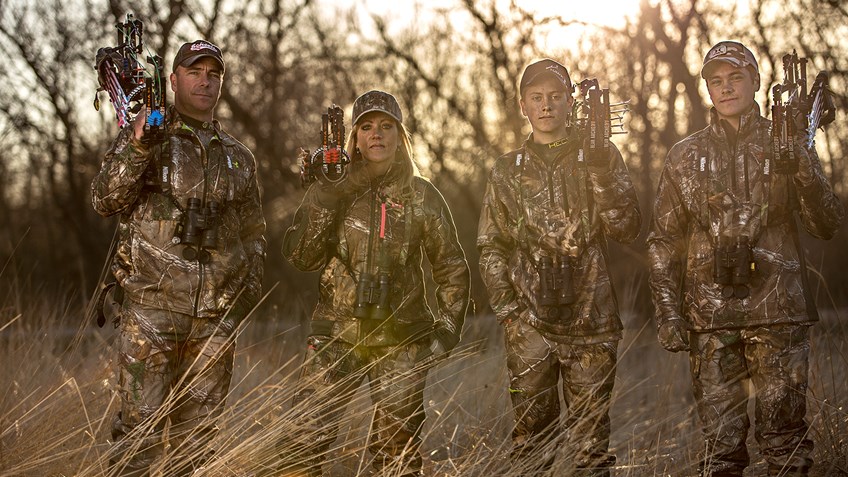 More
SUBSCRIBE
Who taught you to hunt? Was it your Mom or Dad? Sibling? Grandparent? Spouse? For the Holders, it was all of the above.

Hunting is a great American tradition passed down from generation to generation. Many times, the passion is spread through family members who strive to teach each other and share in their knowledge of the woods. The outcome? Strong family values and important life lessons.

The Holders are the hosts of the TV Show, Raised Hunting. David and Karin Holder were both raised in hunting families and as a result, so were their two sons Warren and Easton. The Holders share an undeniable passion for hunting and the outdoors lifestyle which only strengthens their family bond. Here is their story:

David Holder grew up in a town where a passion for the outdoors was something you were simply born with. He began hunting dove and rabbit with his BB gun alongside his dad, brothers, and uncles at a very young age. “To this day my greatest memories are of my 8 year older brother getting me out of school early and taking me to the woods,” remembers David. 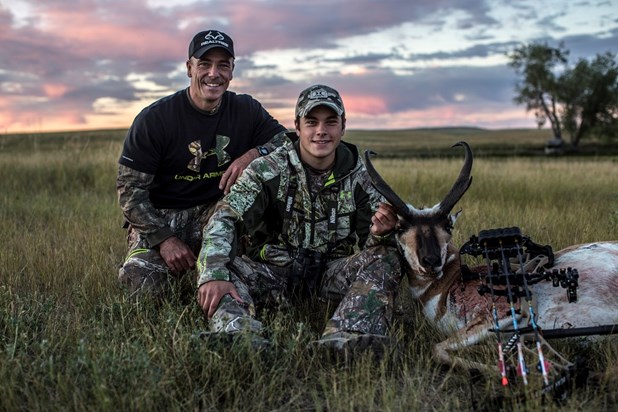 As he got older, David began deer hunting and bagged his first button buck when he was 10 years old. That was the beginning of a passion that could only be rivaled by wife and kids.

His life began to revolve around hunting which lead to some amazing hunting trips all across the country. But even better, it lead him to his wife Karin.

“If you imagine the old magazine and TV ads where there was a beautiful photo of a little old cabin tucked in the woods at dusk with snow on the ground, a warm glow from the wood fire burning in the fireplace showing through the windows, and the image of a rugged man making his way home from the days hunt, in a red and black checker board wool coat and Carhartt pants.... that was how my family spent the weekends.”

Each weekend Karin and her family would leave the suburbs of Washington, D.C. and venture to the Blue Ridge Mountains to hunt, fish, shoot, ride motorcycles, you name it! Her family lived off of wild game from the harvest of her dad and brother. “Buying beef from the store is something that has happened only a handful of times.” 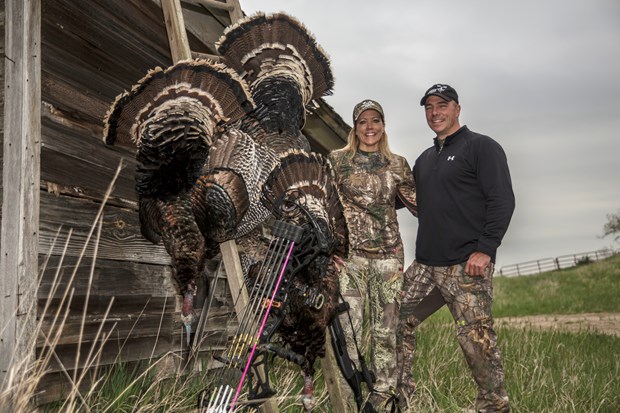 Even though Karin grew up with an appreciation for hunting and the outdoors, she didn’t begin hunting until she met David. He eagerly taught her everything he knew about hunting and her interest grew quickly. They began frequently going on hunting trips and the woods soon became their “happy place.”

Like David and Karin, their two sons were also raised in a hunting family. Before either had their first birthday, they were out in the woods with Mom and Dad. Warren had his first successful hunt when he was six years old, hunting Montana Merriam turkey with David. “I still remember Warren's face when he saw the flame from the barrel as my 870 barked in the early morning light just before sunrise. The memory is clear…. because we can go back and watch the video as Warren thanks God for our good fortune and how he asks if we can go get breakfast now.” 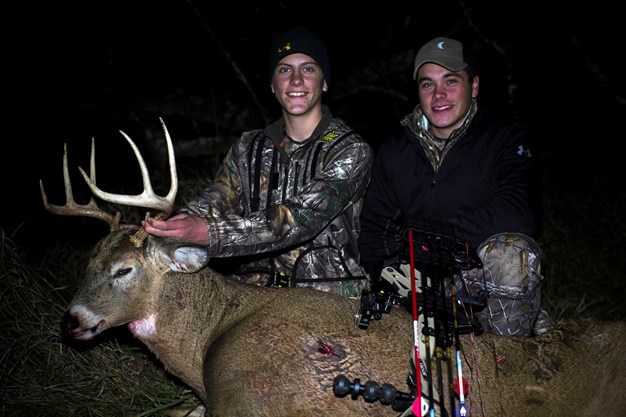 Meanwhile, Easton’s first hunt came when he was four years old, at home sick from school. That’s when David got the “bright idea that little cough never hurt an antelope hunt.” A few years later, Easton began his hunting career at 10 years old when he tagged a turkey with his bow on their annual Nebraska hunting trip.

“I look back today and realize how far hunting has come,” says David, “It has become something so special that our family now spends every waking moment doing everything we can to promote the lifestyle we cherish so dearly.”

With such a strong passion for hunting and family, someone was bound to take notice. In 2013, the Holders met Adam Jordison and Modern Legacy Productions, and the idea for the TV show, Raised Hunting was born. Raised Hunting was much more than just an idea for the Holders, it’s their lifestyle. All four of them began hunting as far back as they can remember, and they always intended to keep passing down the tradition. But, the idea of sharing their passion for hunting with the world was a dream come true. 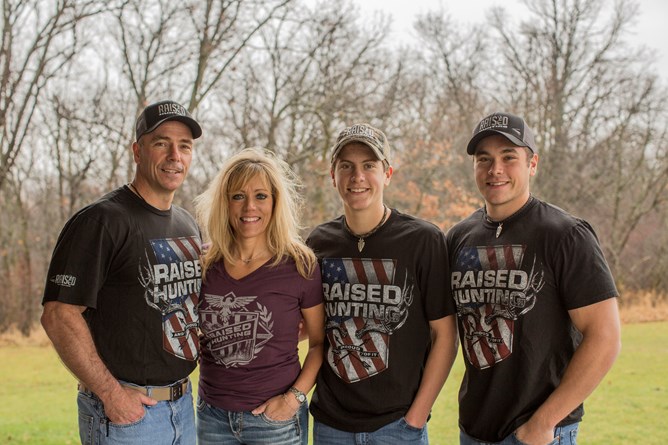 The result, however, surprised them all. After the show began to air, the Holders received email after email from hunters, parents, coaches, teachers, and more, thanking them not only for the entertainment of the show, but the life lessons taught.

"Hunting together helps us stay connected with each other as husband and wife, as parents to our boys, and as brothers. But more importantly, it helps us to stay connected to God our Father and all his creations. While we are hunting, we are working together as a team to accomplish a goal. And it creates a strong bond between all of us as we do what we love.”