New Championship Round at the 2016 Bianchi Cup 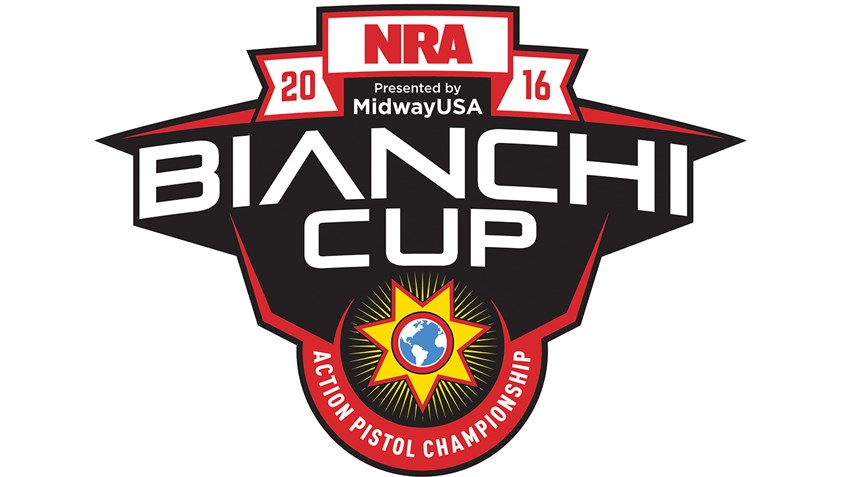 More
SUBSCRIBE
We’re mixing things up a bit at this year’s Bianchi Cup presented by MidwayUSA! In addition to the four courses of fire, 36 competitors will get to move on to the new Colt Championship Round.

All competitors will shoot the following courses of fire: the Practical, Barricade, Moving Target, and Falling Plate events.

The 36 competitors will be made of the top 16 overall scores, plus the top four scores from each of the categories: Women, Juniors, Metallic, Production, and Seniors/Grand Seniors.

Once the awards have been set, these 36 competitors will move on to the Championship Round on Saturday May 28th, where they will then shoot the same four courses of fire.

The aggregate of both 1920s will dictate the 2016 NRA Bianchi Cup Champions.

Additionally, the prizes for the Championship round have been increase by 50%! Those who finish in the top 16 of this round receive...

Looks like this year should be interesting! Good luck to all competing this week!
IN THIS ARTICLE
Bianchi Cup Competitive Shooting Action Pistol
More
SUBSCRIBE