The Year of The Athlete 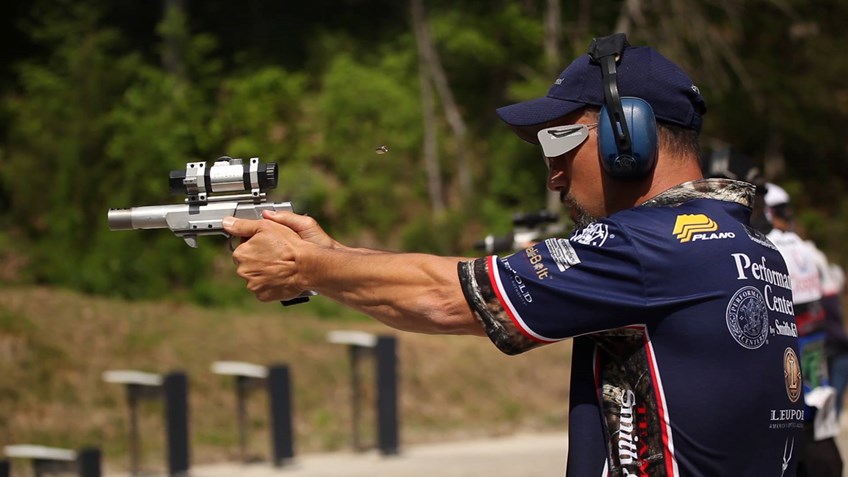 Doug Koenig started out as a simple hunter. But his hunger for the competitive nature of shooting was more then hunting could handle. In 1986 Doug competed in his first competition and knew from that moment on what he was meant to do in this life. When Doug took the NRA Bianchi Cup with a perfect score as his first major championship, there was no looking back. With more then 70 National Championships, 21 Masters International Championships and 10 World Championships, Doug knows a little about winning. As Doug stepped up to meet 2016, he envisioned a year that was not like the rest, a year where he would go above and beyond his normal shooting and hunting, deeming 2016, The Year of the Athlete. So, we sat down with Doug to get a little bit more info... 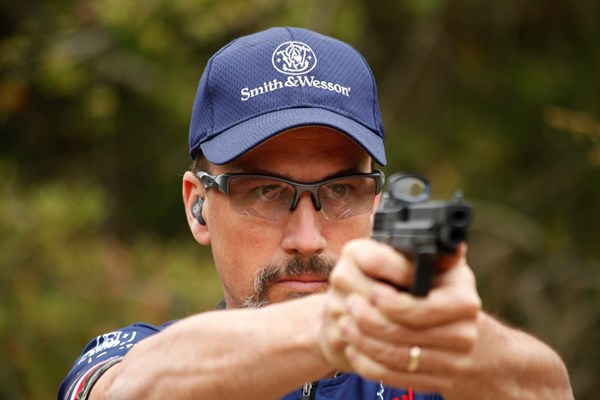 What is it about being a competitive shooter that you associate with being an athlete?
There are different levels of being an athlete and there are different levels of being a professional shooter.  A competitor shoots competitions. I feel a professional shooter needs to be in really good shape physically to help with the mental stress we are put under throughout the year and throughout a career. Just going out and shooting some rounds down range just doesn’t cut it.

Success for many athletes can be attributed to not only being extremely prepared and focused in their practice sessions, but also to cross-training - do you spend time in the gym weight lifting or doing H.I.I.T (High-Intensity Interval Training) workouts?
I spend 6 hours a week in the gym with my sport science trainer.  We do weights and a lot of shooting specific drills that we’ve developed. 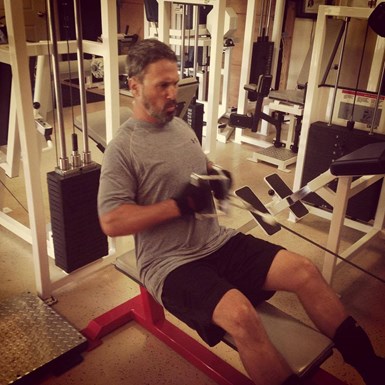 Do you bring that same focus from the practice range into your workout routine?
Absolutely.  You have to train extremely hard to make any gains.  Especially the older we get the harder we have to work in the off-season in the gym.

How much time will you spend on range drills vs. working out?
In the early part of the season it will be about 50/50 and as the season goes on and depending on what championship I’m preparing for it will go more to 60/40 or 70/30 range to gym time.  It’s a tough balance once the season starts to not over train in the gym and not be effective on the range.

Different athletes are known for having different eating styles. Did you ever have that ah-ha moment when you tied your eating habits to your training or competitions?
Yes, I quickly learned many years ago how I needed to eat to get the most on match days. I’m the type that has to eat every 2-3 hours to keep my mental focus up. One of the biggest things my trainer has taught me in the last 2 years, was how to eat before and after training in the gym to get the most out of my hard work. 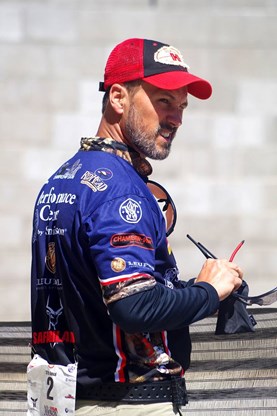 You have been a competitive shooter for around 29 years now, Is there a reason that you feel more like an athlete now then you did back when you started?
I can’t say that I feel more like an athlete now than I did when I started, I just know now that the older you get the harder you have to work to keep yourself close to where you were when you were younger. When you’re in your 20’s you are at your physical peak naturally.  As we age that naturally tends to go away.

What is it that you believe has changed the most in shooting competitions that truly shows that competitors are athletes?
I just think you have to look at the Shooters that are at the top and for the most part they are fit and in good shape.  One of the biggest things I see now is what competitors’ eat during match days comparatively to the old day.  They seem to eat healthier than we did back then.