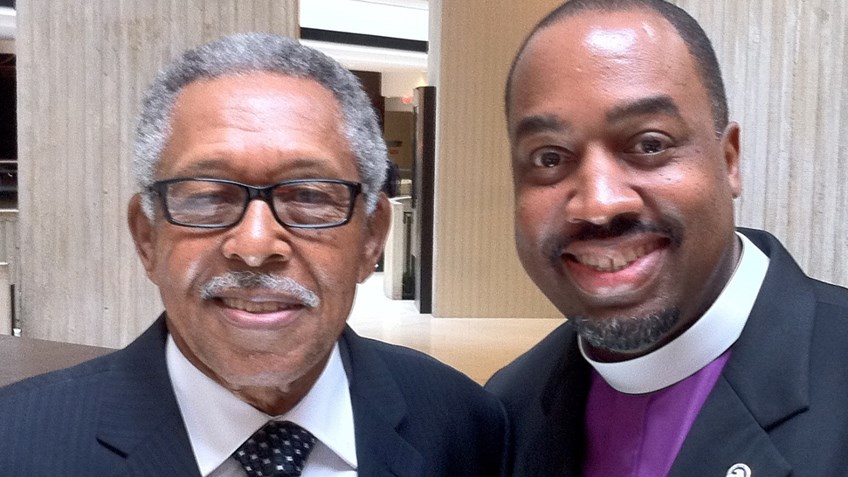 The National Rifle Association would cease to exist if it wasn’t for the five million members who have played a vital role in standing up and fighting to protect our Second Amendment rights. While every individual has a story, there are some stories that truly standout and make a difference, not just for the individual, but a community as a whole. Rev. Kenneth V. Blanchard, Sr. shares with us his story of gun-rights activist Otis McDonald…

Gun rights are not black or white. To actively defend our freedom, sometimes we have to exploit our differences instead of the “content of our character.”

Over the past 20 years, I have been involved in many Second Amendment arguments involving people of color in one way or another. It is not what I intended to do as a police firearms instructor, but I learned along the way that people in this movement were the type of people that make this country great.

On this journey, one of the many heroes I met and befriended was gun rights activist, the late Otis McDonald.

Mr. McDonald’s story began in 1933 in Fort Necessity, Louisiana. Young Otis left school at the age of 14, never earning a high school diploma, as did many young men at that time period in search of employment. He went to Chicago when he was 17, as part of the “Great Migration of African Americans;” and served in the U.S Army. With $7 in his pocket from his mother, Otis landed a job as a janitor at the University of Chicago and worked his way up to a maintenance engineer.

The job allowed him and his wife to buy a house on the city’s far South Side in 1972, where they raised a family.

McDonald, as a grandfather, watched his neighborhood deteriorate; the quiet nights he once enjoyed were now replaced by the sound of gunfire, drunken fights and shattering liquor bottles. Three times, he says, his house was broken into – once the front door was wide open and the burglars were still out front when his wife and daughter came home from church. Another time, he called the police to report gunfire, only to be confronted by a man who told him he’d heard about that call and threatened to kill him.

A Democrat, and an avid hunter who lived in a neighborhood plagued by crime, McDonald would challenge the image of the gun-rights advocate.

McDonald became the named plaintiff in a case against the city of Chicago’s handgun ban that went all the way to the U.S. Supreme Court. In McDonald v. Chicago, 561 U.S. 741 (2010) the U.S. Supreme Court held that the right of an individual to “keep and bear arms,” protected by the Second Amendment is incorporated by the Due Process Clause of the Fourteenth Amendment and applies to the states. The decision was instrumental in clearing up the uncertainty left in the wake of the District of Columbia v. Heller case.

A humble and quietly strong man, who survived Jim Crow, Otis McDonald saw first-hand the accomplishments of the civil rights era, earned his associates degree while raising four daughters and a son, and is celebrated by not just the gun community, but his community, as a hero. I can tell you this, with conviction, Otis was really happy to be part of something larger than himself.

It was an honor and privilege to know a man whose day in court furthered the cause of freedom. 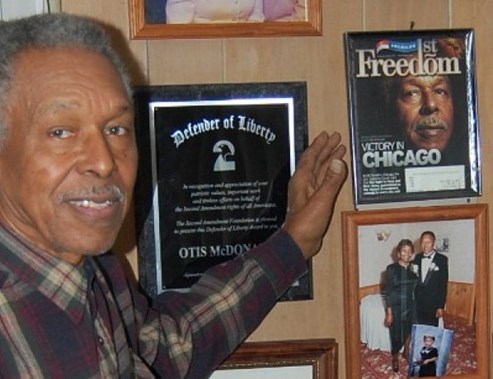 Rev. Kenneth V. Blanchard, Sr. is an ordained Christian pastor, an accomplished speaker and the author of several books. A former U.S. Marine, and federal police officer, he has spent decades fighting to protect our Second Amendment rights. His podcast and blog, Black Man With A Gun, has inspired, entertained and educated millions. He produces, writes and speaks at various events, sharing parts of history that few have heard, while making it a point to meet with non-traditional members of the gun community and show the diversity of the shooting sports across the country.