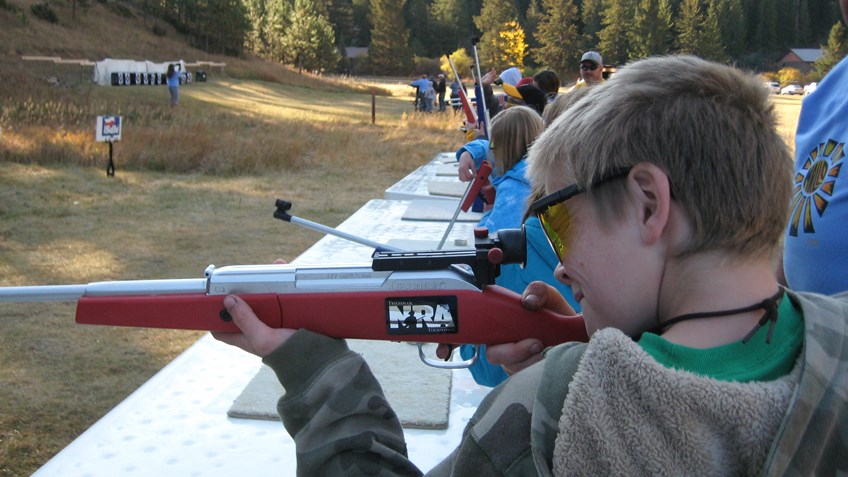 More
SUBSCRIBE
Establishing a new sport in a school athletics program can be a complicated project. Not only must school administration, parents and students express interest and support, but coaches and, most importantly, funding must be found as well. Luckily for Grove City Christian School (GCCS) in Grove City, Ohio, none of those aspects became obstacles to the introduction of its new air rifle program in 2015.

Grove City’s roots reach back to the time when America’s ideals of freedom, tradition, and the right to bear arms were born—the town traces its beginnings to land grants bestowed upon American Revolutionary War veterans General Daniel Morgan and Colonel William Washington. The local enthusiasm for promoting those ideals was evident when prospective coaches encountered zero resistance from school administration, school parents or the community for the proposed program whose first objective is to foster in middle and high school students a lifelong respect for the Second Amendment.

Fortunately, the issue of finding the money for new athletic equipment was avoided too. “Without NRA Foundation grant assistance, it would have been difficult—if not impossible—to begin this new air rifle program,” shared Coach James Lee. “The ‘sell’ of bringing a new sport to the school would have been more complicated if we did not have an immediate answer to the question ‘how will you pay for the equipment?’ Being able to answer that The NRA Foundation would grant much of the equipment needed to launch the program brought us much earlier to those important discussions about location, coach training and certification, and scheduling.”

More than $5,500 in funding and product granted by The NRA Foundation in 2015 has allowed GCCS to accomplish its preliminary goal of equipping the air rifle program in a way that will establish it as a sustainable, co-ed middle and high school air rifle team and eventually as a competitor on the national level. After more than 40 families showed early interest and attended the initial information sessions, GCCS ultimately had 18 to 20 athletes join the team and regularly attend practices. Twice a week for more than a semester, these students are learning about firearms safety, respect for the Second Amendment, and the skills and attitude necessary to successfully compete against other rifle athletes. 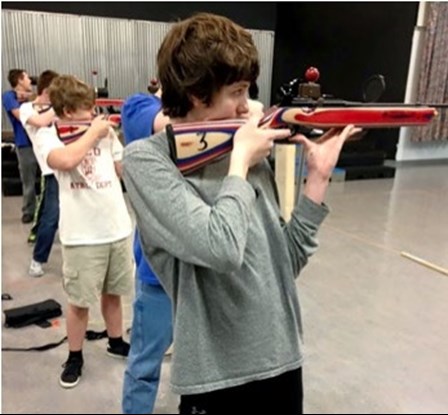 Airguns, safety gear and other accessories from the grant supported by the local Central Ohio Friends of NRA committee have already helped rifle team athletes develop excellent shooting skills and compete in matches throughout Ohio. They competed in 12 matches throughout the season and even made a trip up to Camp Perry.

“We received an another grant for 2016, which provided us with five additional rifles, and we’re excited to have those to incorporate into the program next year,” Lee notes. All the coaches seek to build a program that will not only produce skilled competitive shooters, but also help students develop the focus, concentration, self-reliance, emotional control and positive self-esteem that result from responsible participation in shooting sports.

“The school athletic department has fully embraced the new rifle program, even incorporating rifle match results into morning announcements alongside results of football and volleyball games,” Coach Lee notes, “thus bringing school-wide attention to our shooting sport as a normal part of the school’s culture and activities.”

From the beginning, the coaches of the Grove City Christian School Rifle Team have emphasized the generosity of The NRA Foundation and its critical role in the launch of their program both verbally and through social media, and it uses NRA Foundation stickers to brand its equipment and patches to enhance the uniform shirts. Earlier this spring, the team also helped promote the Central Ohio Friends of NRA banquet and sent five members to volunteer at the event in March. “It was wonderful to be able to connect the work that Friends of NRA is doing to what our team has been able to do with its support,” Lee says.