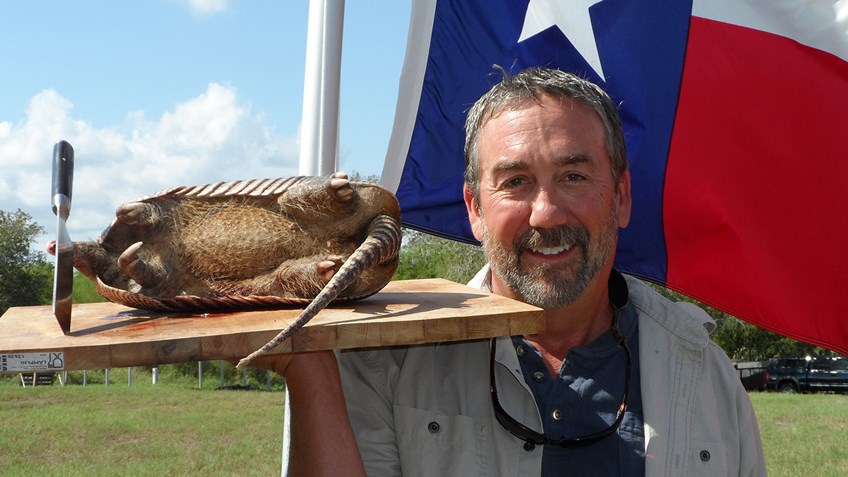 More
SUBSCRIBE
Scott Leysath is the host of the Sportsman Channel’s "The Sporting Chef"  and is a leading authority on the proper preparation of fish and game. He is the author of two “The Sporting Chef’s Wild Game Recipes” cookbooks as well as the cooking editor of the Ducks Unlimited Magazine and writes for a number of other publications. Here is my Q&A with Scott and be sure to check out his Guinness Venison Oven Stew and “Stuff Anything” Wild Turkey Tenderloin recipes that were featured on Friday Feast! 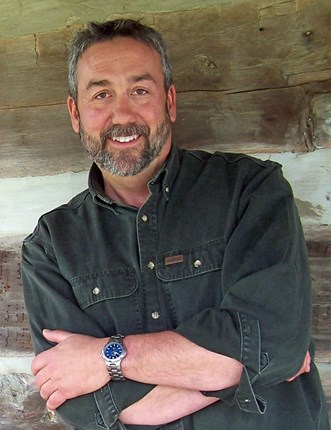 How did you begin hunting?
I started hunting, mostly with friends, as a teenager in Virginia. My father grew up on a farm in Alabama where he hunted to help feed the family. After serving in the Army during World War II, he lost most of his passion for hunting, but encouraged me to hunt and fish. I didn’t need much encouragement. My first game bird was a jacksnipe, killed in a marshy area of the Appalachians. Once my friends and I had driver’s licenses, there was no stopping our pursuit of wild game. As a kid, my focus was mostly on upland game and waterfowl, but we did shoot a deer or two every year.

When did you discover your love for cooking?
During high school. My parents would occasionally go on vacation for a week or so while I was in high school. I know, this sounds like a bad idea and, at times, it was. My friends would come over to the house and I’d cook them meals. My mother is an artist and taught art for years. She also illustrated Sears catalogs, long before computerized graphics. I’m guessing that my passion for cooking had something to do with it being an artistic expression. I’m just wired that way.

Why is cooking your own game important to you?
Cooking game is an integral part of why we hunt. While the taking of game is, at least to me, the bigger part of the picture, I think we owe it to ourselves to make the most of harvested animals. All too often, people tell me about how they love to hunt, but really don’t enjoy eating wild game. My main goal is to give those folks the basic tools to make their game not just edible, but something that they will want to share with others. 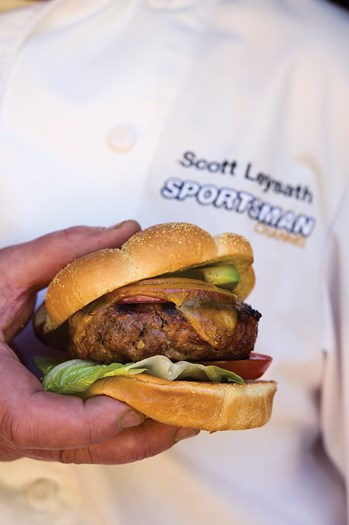 What’s your favorite game to hunt? Cook? Why?
I’ve always had setters and nothing makes me happier than following my dogs on a good wild quail or pheasant hunt. A big part of hunting for me involves dogs. Whether it’s a setter locked on point or a long water retrieve from a lab, the man/dog relationship is one of the main reasons I hunt.

My favorite game changes throughout the year and by season. As much as I enjoy a properly cooked elk steak, I can get too much of a good thing and get “elked out.” During the waterfowl seasons, I’ll tend to eat more ducks, but by the time the season comes to an end, I can’t wait to shoot and cook a spring gobbler. Since I do so much wild game cooking, often for 100’s of people at a time, I actually get a little tired of game and really look forward to some fresh oysters, raw fish and homegrown tomatoes. No cooking required.

Do you have a favorite recipe?
Not really, although I tend to cook more southwestern dishes when I’m cooking for myself and friends. I don’t like super-hot foods, but dishes with just enough heat, lots of color and a balance of flavors is my end game. When I want to convince those who have decided that wild game tastes, well, gamey, I simply season a venison steak or duck breast with olive oil, salt and pepper and slap it into a lightly-oiled hot skillet. Once browned, I flip it over and add a splash or two of balsamic vinegar and a teaspoon or so of berry preserves. I take the game out of the pan once it’s cooked to rare or medium-rare. Into the pan I’ll add another splash of balsamic vinegar, maybe a little red wine, some minced garlic and a little fresh rosemary. I’ll give it a taste to see if the balance of sweet and acidic flavors are to my liking and then whisk in a tablespoon or so of chilled butter to smooth out the edges of the sauce. Add some fresh berries and remove the pan from the heat. Slice the meat across the grain and drizzle the sauce and berries over. I’ve converted many people who now can’t say that they don’t like wild game.

What tips do you have for hunters looking to become better chefs?
Don’t be afraid to make mistakes. I’ve learned as much by trying new recipes that failed as I have from my successes. Learn what parts of an animal are best cooked “low and slow” with less heat, a little liquid and longer cooking times. Antlered game shanks, neck and shoulder roasts, duck legs and, in general, tougher cuts can’t be rushed. It takes time to break down sinewy parts of an animal, but braised venison shanks are just incredible table fare than many hunters feed to their dogs as marrow bones. 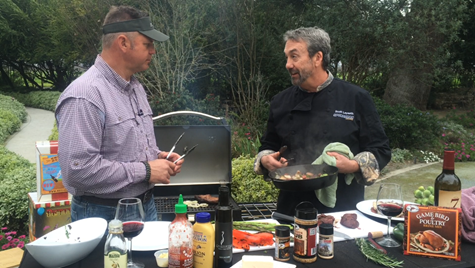 On the other hand, primal cuts like loins, tenderloins and puddle duck breast fillets do better when cooked “hot and fast” and not past medium-rare. Fire up a hot skillet or grill and get a good crust on the outside of a mallard breast. Once you put game to flame, it is critical that you don’t overcook it. A well-done duck breast tastes very different than one that has been cooked to medium-rare or about 135 degrees at the center. Try this. Cut a duck breast of venison steak in half and cook one-half medium-rare and the other half well-done. The lesser cooked piece is tender and tasty. The overcooked half is tough, chewy and more gamey.

Tell us a fun fact about yourself!
I fell into the restaurant business while working as a bouncer as I was finishing a degree in psychology. I was offered a job as an assistant manager at one of their other locations and got a two-week training course on how to be manager, cook and bartender. From there, I grew with the company as was eventually a vice-president of the 33-unit chain. My career path has never been well-planned, but it’s been a great ride…most of the time.