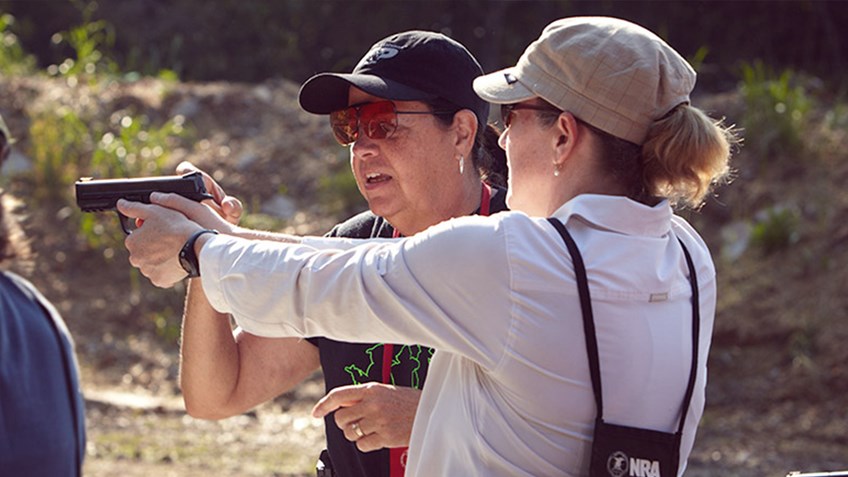 More
SUBSCRIBE
In recent years, I’ve met more and more gun owners – people of all ages, genders, and backgrounds. It’s no surprise as there has been a steady rise in gun owners over the past few years.

Along with the rise in the popularity of firearms, gun owners have been increasing the demand for firearms training. Whether you are interested in firearms for sport, recreation or personal protection – proper training and education is important to ensure you are a safe and responsible gun owner. And who better to provide that training than the industry leader.

The National Rifle Association was created after all, for firearms education, safety, training and marksmanship.

Over the past 5 years, about 1.2 million people have gone through an NRA beginner pistol course.

However, the two fastest growing age groups were those under age 18 and those over age 65.

Along with the rise in students seeking training, the NRA has seen a rise in Instructors seeking certification. Currently there are over 125,000 Certified Instructors and the NRA is constantly working on new ways to pair students with Instructors.

The NRA Basics of Pistol Shooting is a part of the new blended learning format. The classroom portion of the course is taught online, allowing for more people to learn at their own pace, in the convenience of their own homes. It provides opportunity to reach new demographics, and expand training methodologies while meeting modern day standards of learning.

Students have more time to become familiar and comfortable with the material before heading to the range with an NRA Instructor. Meanwhile, this gives instructors the opportunity to provide more hands-on training.

Be sure to check out the new NRA Basics of Pistol Shooting online training course today!
IN THIS ARTICLE
NRA Training Gun Ownership
More
SUBSCRIBE