The Guns of Theodore Roosevelt and Friends 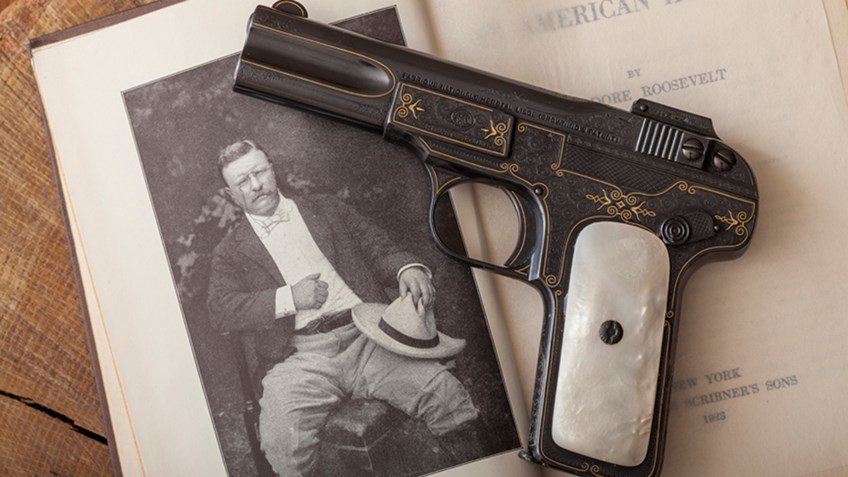 More
SUBSCRIBE
Wanenmacher’s Tulsa Arms Show is the largest gun show in the world. Held biannually in Tulsa, Oklahoma, the 11-acre show features more than 4,000 tables and will add six miles to your pedometer if you walk it all. It draws tens of thousands of people looking to buy, sell, and admire guns. And boy are there guns to admire.

Of course NRA Museums has a strong presence at the show and, being a purveyor of some of the most historic and highly regarded firearms in the world, it doesn’t hold back when it comes to the guns it brings for display.

Attendees of next month's April 2-3 show will have the chance to see an NRA Museums exhibit whose focal point is a gun of exceptional provenance. It’s a FN Model 1899 owned by President Theodore Roosevelt and it's the pistol he carried just about everywhere during his first term in office.

It isn't usual for US presidents to walk around armed, but Roosevelt had been vice president to President William McKinley, who was famously assassinated in 1901. Determined to not meet the same fate, Roosevelt took the matter of his personal protection into his own hands when he succeeded McKinley and was sworn into our nation’s highest office.

The FN M1899 is one of the earliest semi-automatic pistols and the first one designed by an American. Roosevelt carried it on him regularly and even slept with the pistol at arm’s reach in his White House nightstand. At a Harvard class reunion in 1905, the school’s president and close friend of Roosevelt remarked that Massachusetts law prohibited him from carrying the pistol, to which Roosevelt replied that he was the President of the United States and said “They got McKinley. They are not going to get me without a fight.”

After Roosevelt passed away in 1919, his wife Edith used the gun to teach their grandchildren to shoot off the back porch of their Sagamore Hill estate on Long Island. 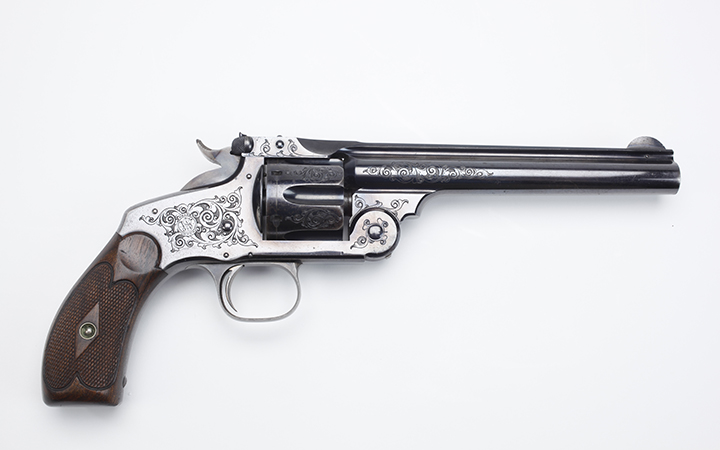 Two other Roosevelt guns will be featured in the NRA Museums display at the Tulsa Arms Show. The first is a Smith & Wesson New Model 3 that Roosevelt had chambered for a round the manufacturer wasn’t even making – the .38 Colt. Only three or four guns feature this unique variation instead of the regular .44 Russian model. Roosevelt received this pistol the day before he set out for Texas to command the Rough Riders in the Spanish American War, although he did not use it in Cuba. That honor went to a pistol recovered from the battleship USS Maine, whose sinking precipitated the conflict.

The last Roosevelt piece is a Smith & Wesson Safety Hammerless revolver the famous statesman had engraved and presented to a South American host during his 1913 expedition down the River of Doubt in the Amazon Basin.

Three guns not personally owned by Roosevelt, but with close ties, round out the display. One is another Smith & Wesson New Model 3, except that this one was owned by Senator Henry Cabot Lodge, a friend and political ally of Roosevelt. It is said to have been fired only once when Lodge became infuriated with a cat that was destroying his flower bed. The shot missed, by the way.

The final two firearms are also Smith & Wessons, .44 and .38 double action revolvers owned by Major General Leonard Wood, who had been Roosevelt’s commanding officer during the Spanish American War and was a close friend.

Want to see them in person? You're going to have to go to Wanenmacher's Tulsa Arms Show April 2-3. But if you're interested in seeing these guns, you probably don't need too much persuasion to attend the world's largest gun show, do you?
IN THIS ARTICLE
NRA Museums Oklahoma Theodore Roosevelt
More
SUBSCRIBE