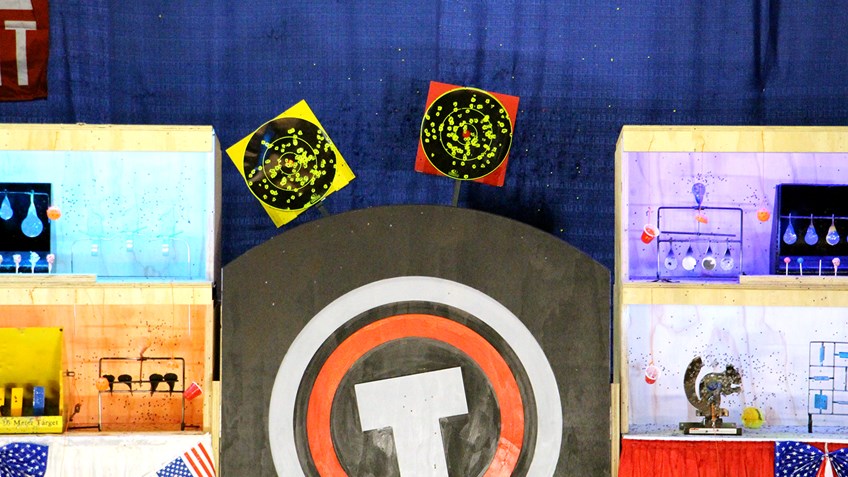 Programmed to pop up and move around unpredictably, the Targabot was created for shooters interested in more challenging and engaging target shooting experiences.

Looking at how peppered the targets are, you can see a lot of people are able track them down.

"We're really torture testing the Targabot batteries here at the show and we're finding you can get a whole day's use out of a single charge. I'm talking nine to ten straight hours of runtime," said Johns. "We can't thank Targamite enough for equipping the range with these systems."

They aren't the only things to shoot at the Pyramyd Air Gun Range, though. There are dozens of other targets - including lollypops - the range staff picked out for this year's show. Combined with colorful lighting and speakers pumping out rock and roll, this year's range is a great place to rest your legs between walking the aisles.

And if you're missing out on this year's Great American Outdoor Show or want another chance to take on the Targabots, they'll make an appearance at the air gun range during this year's NRA Annual Meetings and Exhibits in Louisville, Kentucky, May 20-22. 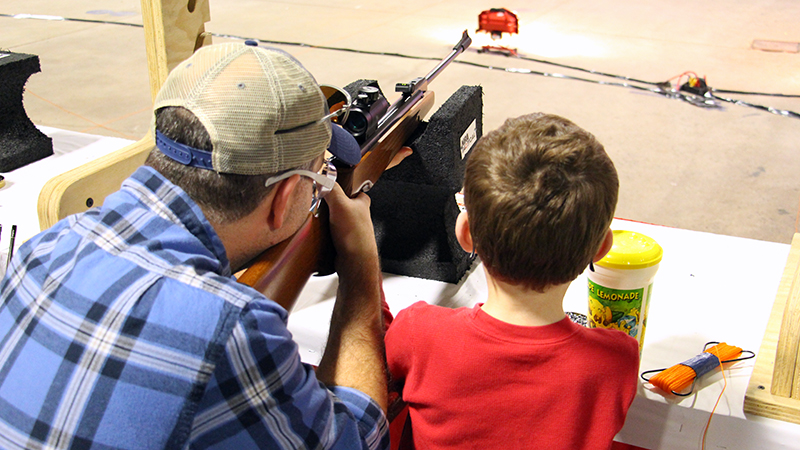