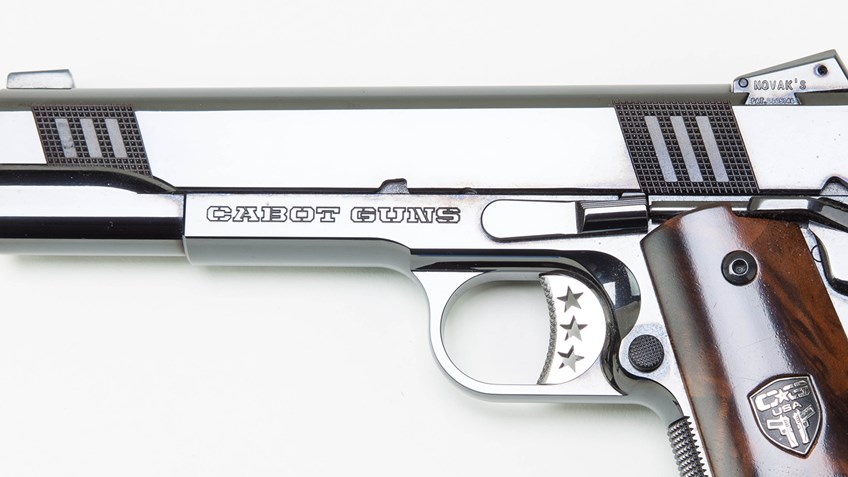 More
SUBSCRIBE
Founded in 2011, Cabot Guns is a relative newcomer to the world of firearms manufacturers, but their beautiful, high quality 1911 pattern pistols quickly got everyone's attention.

And they certainly got our attention last year at the 2015 NRA Board of Directors meeting in Birmingham, Alabama, when they presented the NRA National Firearms Museum with one of their breathtaking Jones Deluxe pistols bearing serial "NRA MUSEUM." This .45 cal semi-auto is a limited edition version of Cabot Guns' flagship pistol, the Jones 1911, which can be seen on the firing line at the NRA National Matches at Camp Perry.

Featuring a mesmerizing wet-look polished finish, only ten first-run units exist. And for those of you wondering who got the very first one, it went to none other than actor and Second Amendment supporter Joe Mantegna. 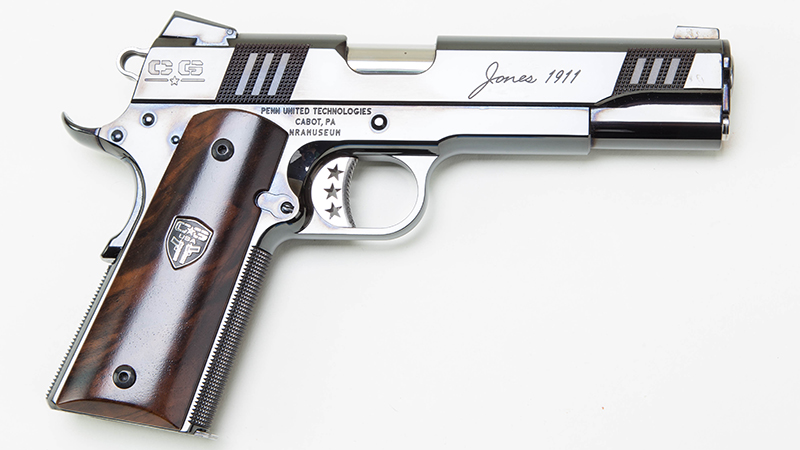