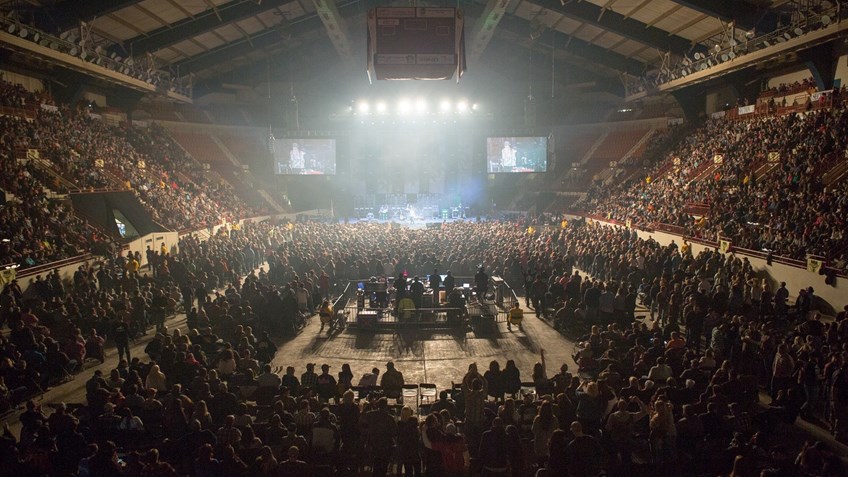 We had the chance to speak for each of them a bit  before they took to the stage...

First up was Ben Gallaher, because who doesn’t get a crowd going like a local boy on his way to stardom in Nashville.

Next we chatted with LOCASH a duo that could bring any stadium to their feet! Chris Lucas and Preston Brust, aka LOCASH are fun, non-stop cowboys who hitched their trains together in Nashville, and now travel the country with their music.

Lastly we spoke to the legend himself, Justin Moore. He first entered the scene with his song Small Town USA in 2009, won New Artists of the Year in 2014 at the Country Music Awards, and now he's selling out the Great American Outdoor Show!