Revolutionizing Ballistics Comprehension in the Classroom

More
SUBSCRIBE
NRA Training Counselor Bernard Martinage grew up in Paris, France. Before he was 10 years old, his grandfather taught him how to hunt, shoot, and survive in the wilderness. He traded cards in school in order to buy his first .22 and a few years later, he bought his first pistol, a Colt Navy Brass black powder. As he got older, he joined the Association Nationale des Tireurs Amateurs et Collectionneurs (ANTAC or the “National Association of Amateur Shooters and Collectors”) and continued developing his rifle skills when he was deployed to the Congo in the 1980s.

Wanting to follow in his grandfather’s footsteps, Bernard went to a culinary school in Burgundy for three years to become a chef, but ended up working in the customer service area of the hospitality industry. Shortly after, he moved to the United States where he met Paul Ortenzio, who at the time was a SWAT team member and Commander as well as a State Certified Firearms Instructor and Range Master at the Bergen County, New Jersey Police Academy.

“Paul treated me like a son and spent years opening me up to the world of practical shooting,” shares Bernard. “I am forever grateful for his time and comradery.”

It was Paul who also recommended Bernard become an NRA Instructor. “He saw how I shared my culinary knowledge and thought that I could apply that same passion and ability in the world of firearms.”

Bernard then got in touch with a training counselor at the academy and began his training for the NRA Instructor Training course. After becoming an NRA Instructor, he progressed in his training and earned his NRA Training Counselor certification in 2007. Not only was he a trained shooter, but Bernard was also trained to specifically teach firearm safety and shooting skills to students as well as other NRA Instructors.

As he taught more courses and interacted with more shooters, he began noticing opportunities for improvement in his classroom. “Teaching or learning about ballistic components and wound volume is a pretty dry subject,” he explains. “While teaching, I noticed that certain concepts are difficult to visualize.”

So he teamed up with his friend and fellow NRA Training Counselor David Swanson to change that. 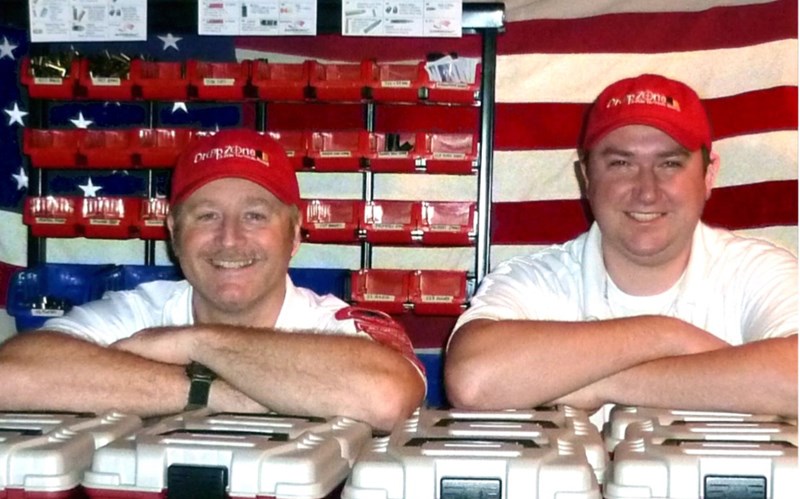 From left to right: Bernard Martinage and David Swanson

They began designing a training aid they refer to as cutaways. “In order to make teaching easier and increase trainee comprehension, I simply decided to cut bullets lengthwise and show them [students] what’s inside. It certainly sped up their understanding and it was cool to look at! I always liked inventing and creating things that solved problems or made life easier. So, doing it with firearm training was no different.”

After a while, those cutaways turned into AmVIEWnition, a line of visual and tactile training aids that enables students to better understand ballistic components and its impact. These aids not only enhance the learning process, but make it much more interesting and engaging. 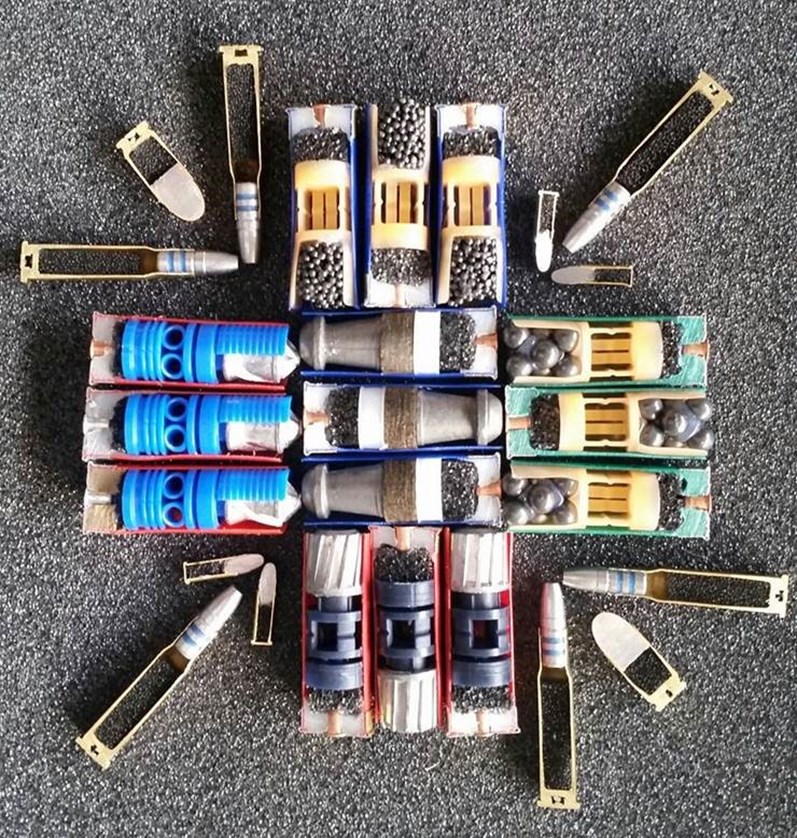 A sample of cutaways

But their success didn’t stop there. In October 2015, the SoloBLAST™ and BLASTboards™ were created to meet the growing demand for 3D ballistic imaging from clientele that extended to sheriff departments, gun shops, crime scene units, medical training facilities, etc.

“The SoloBLAST™ and BLASTboards™ save a lot of time previously wasted ‘debating’ what caliber does what,” Bernard explains. “It makes all the difference being able to feel in your hand and juxtapose the ‘blast’ to your body. It helps everyone realize the impact of the caliber they carry. For Law Enforcement, it helps them understand the danger they face on the street and gives a whole new dimension to the value of proper cover. And for gun stores, it makes it easy to help their clients choose a caliber for self-defense.” 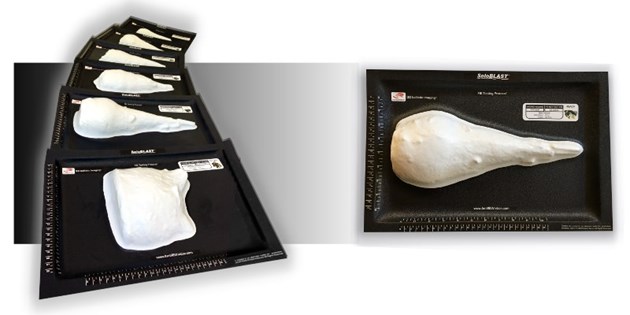 Bernard has combined his passions for teaching and firearms to improve the way instructors teach and the way students learn. With revolutionary training aids from AmVIEWnition, ballistics education has expanded to classrooms all over the nation.

“When I came to this country 25 years ago I promised myself that I would do all I could to keep it the most free country in the world. As I tell all my instructor candidates, becoming an NRA Certified Instructor is just the beginning of one’s opportunity to keep our country safe, strong and free. What this country will be 20 years down the road is on the shoulders of the people whom we train, the kids we take out hunting, and the neighbors we inspire and empower.”